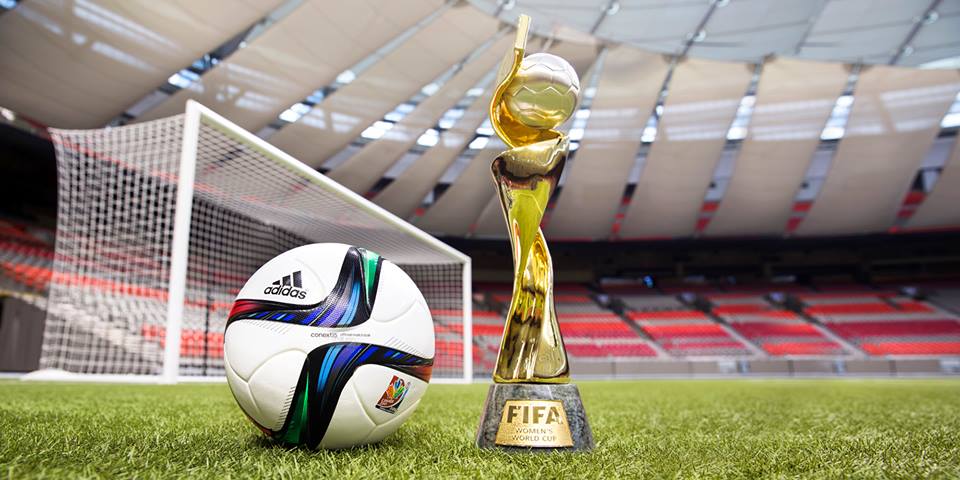 WASHINGTON — The Women’s World Cup got off to a roaring start over the weekend. Host Canada won its first game on Saturday with the help of an injury time penalty. There have been dominant victories from Norway, Cameroon, and the United States — but none more impressive than top-ranked Germany’s 10-0 rout over the Ivory Coast on Sunday. Even the only draw so far was an exciting six-goal affair, with underdogs Nigeria able to snatch a point against fifth-ranked Sweden.

Still, professional women’s soccer lags well behind the men’s game — in respect and sponsorship, in player pay, and in terms of FIFA representation. There are 209 men’s national football teams affiliated with FIFA, while only 137 women’s national teams are ranked (and some of them are inactive.)

Disadvantages for women in sports is nothing new, of course. It’s a reflection of the inequality all female players face, to some degree, simply for being female.

As all the wins, goals and assists start to add up in the next few weeks, you might start to read a thing or two about the badass women serving up victories for their home countries. But how are their countries serving them? Here’s a look at how the countries participating in the 2015 tournament rank in terms of women’s rights and gender equality.

The United Nations Development Program uses the Gender Inequality Index to measure general disparity between men and women. The smaller the GII value, the more gender equality a country has. Here’s how those numbers look for the 24 nations competing in the 2015 Women’s World Cup (with England represented by the UK): 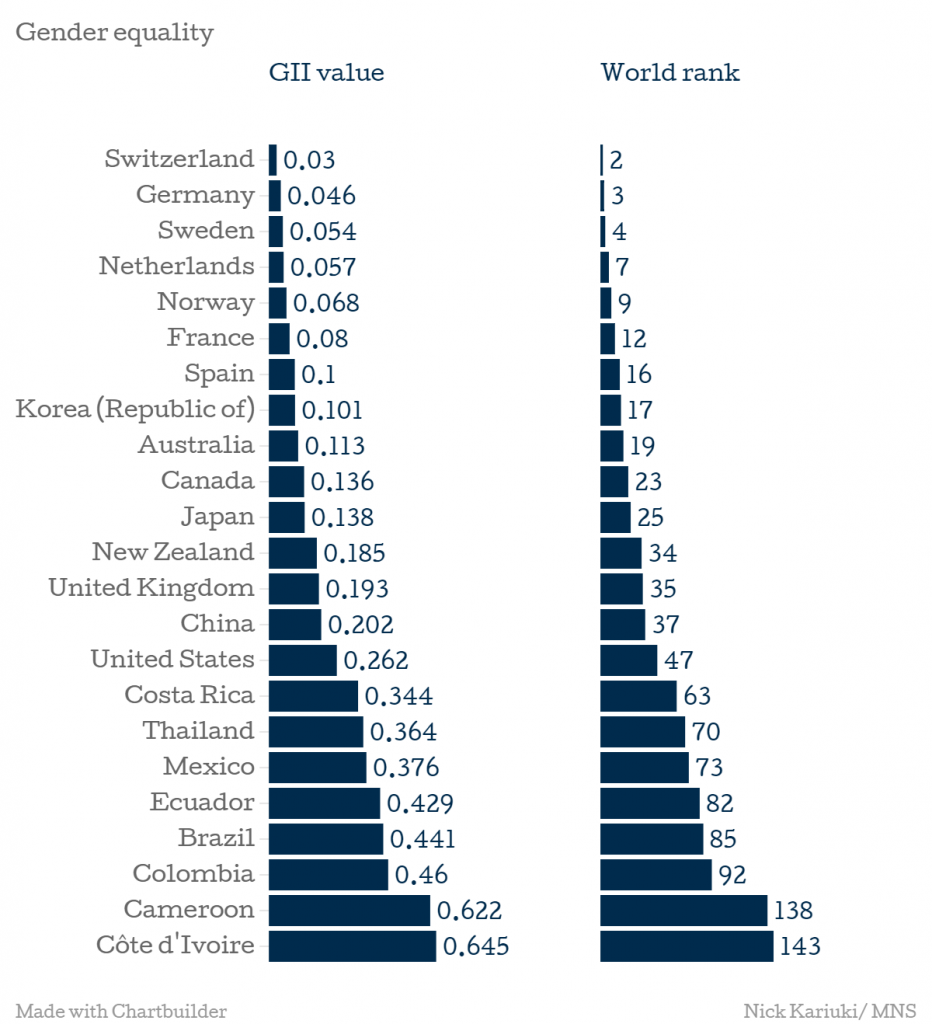 Sources: UNDP/HDRO calculations based on UN Maternal Mortality Estimation Group (2013), UNDESA (2013a), IPU (2013), Barro and Lee (2013), UNESCO Institute for Statistics (2013) and ILO (2013a). A composite for Nigeria could not be calculated due to data limitations.
Medill News Service

This World Cup tournament is the first to be played exclusively on artificial turf — which led a coalition of 84 players from 13 different countries to file a discrimination lawsuit against FIFA and the Canadian Soccer Association. Part of their case was that the “second class surface” put them at “serious risk of injury.” But it seemed clear by January that FIFA and the CSA were unwilling to budge, and the players were forced to drop the case.

The turf has now reportedly heated up to a burning 120 degrees during games, contributing to injuries. “It’s kind of a nightmare,”US forward Abby Wambach said of the plastic fields.

Back in 2013, another US forward tweeted this photo of her legs after a match on turf to emphasize the damage it can do (h/tThinkProgress):

This is why soccer should be played on grass! pic.twitter.com/fsNGi27oRY

The women competing in Canada may face health risks on the field, but they face others at home. Here’s how the countries compare for two key indicators of women’s health, maternal mortality and teen pregnancy: 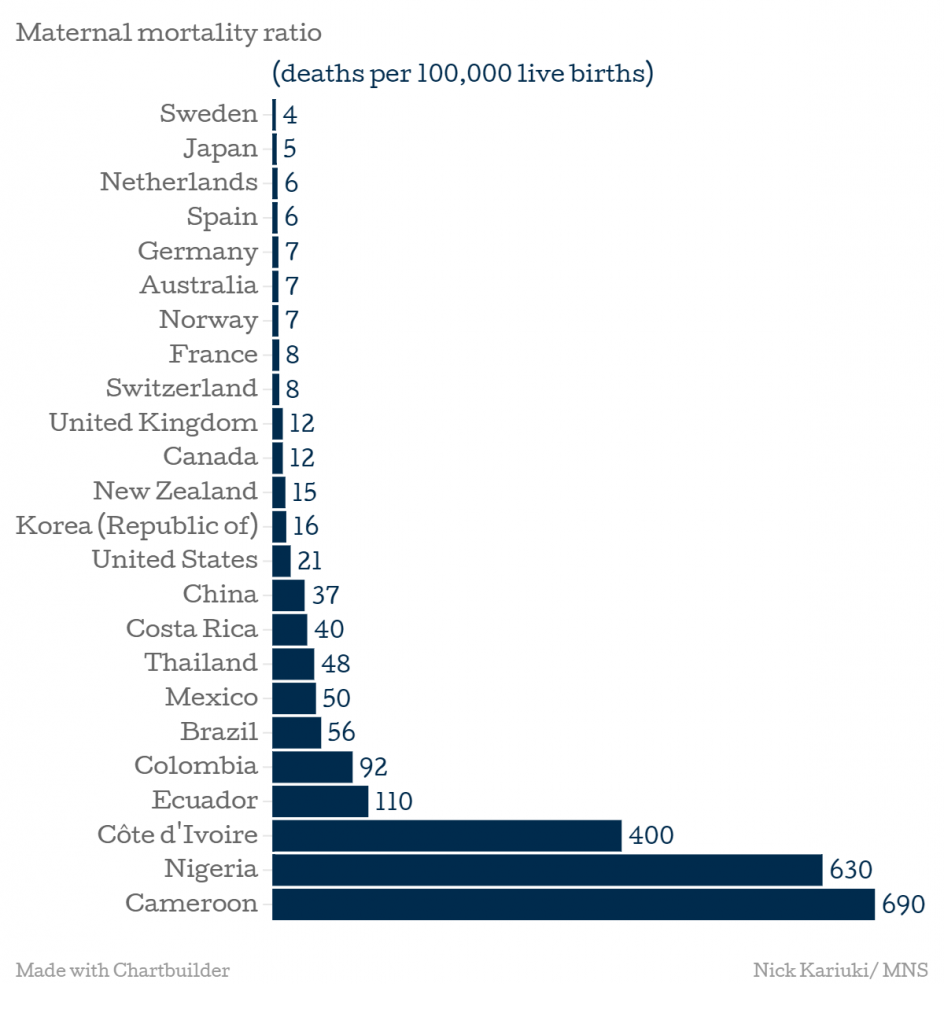 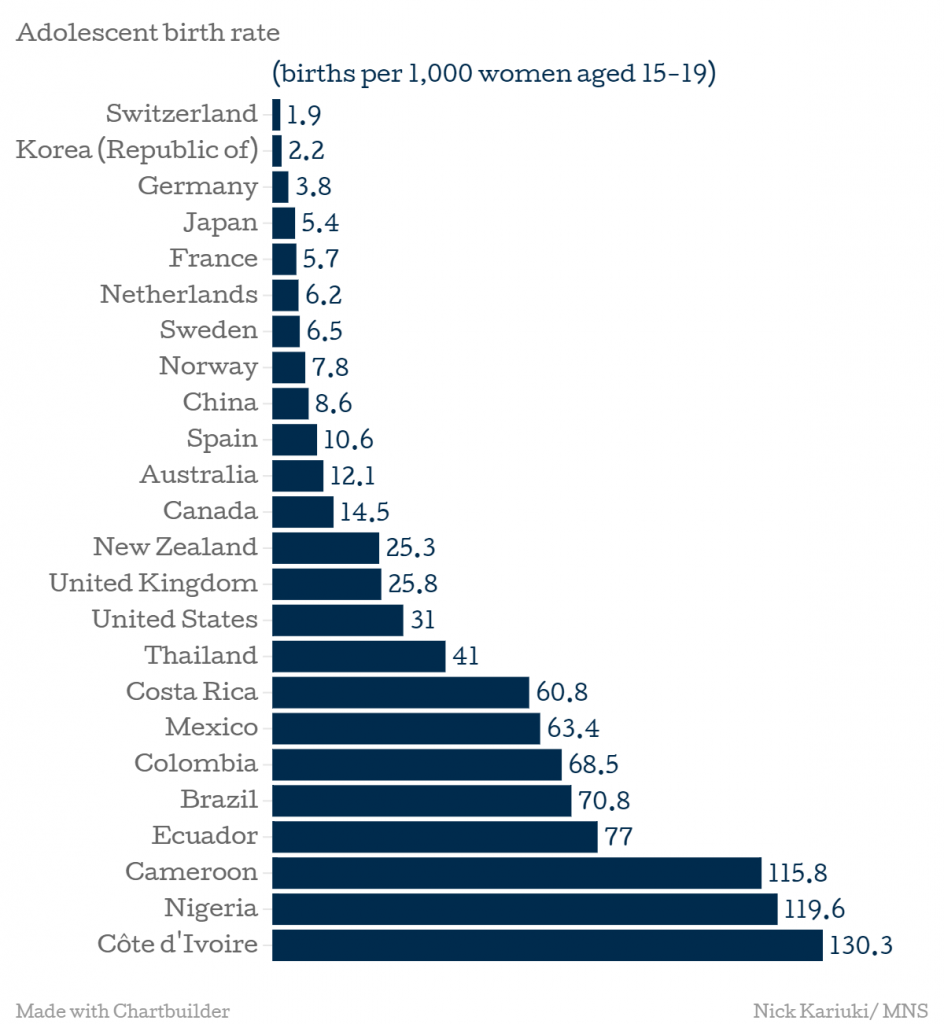 It’s probably little surprise that every player on the American national team went to college; college sports are how many US players become pro, anyway. Education is far less certain in other countries. Here’s how the competing nations stack up for educating women and girls: 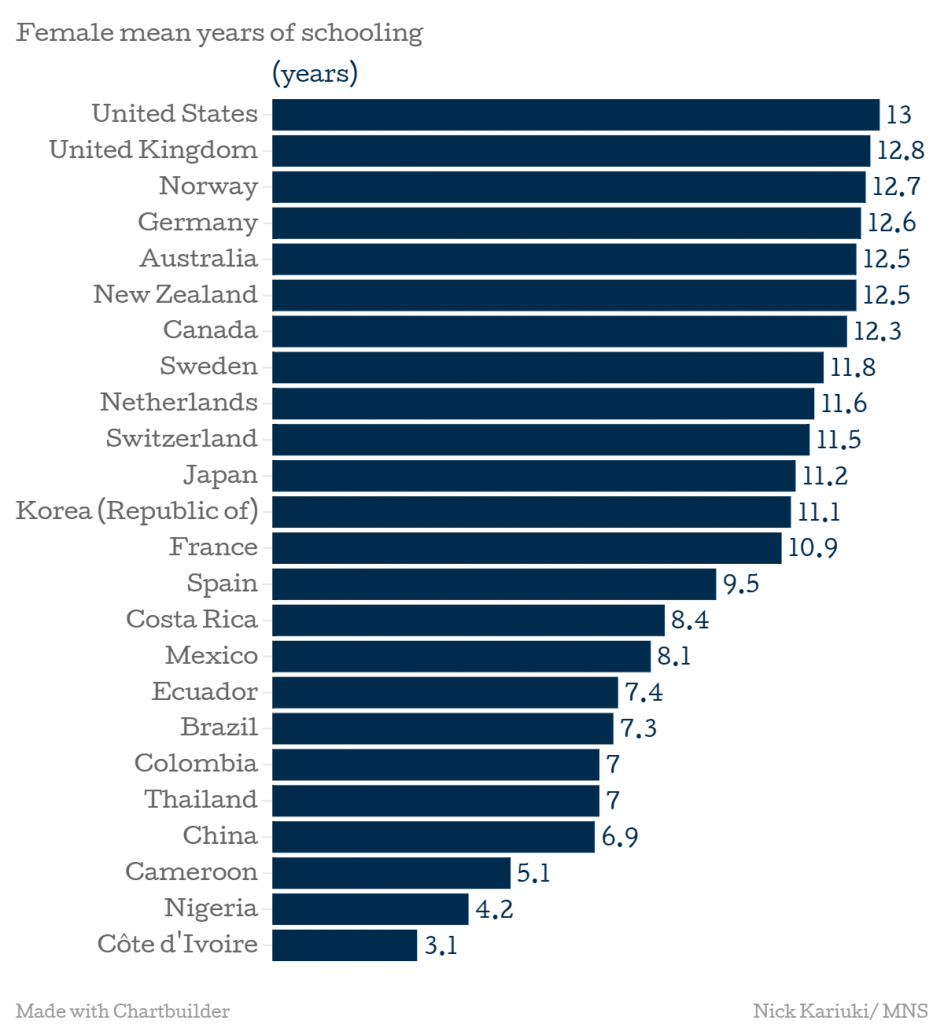 Sources: Barro and Lee (2013), UNESCO Institute for Statistics (2013b), and UNDP/HDRO estimates based on that data.
Medill News Service 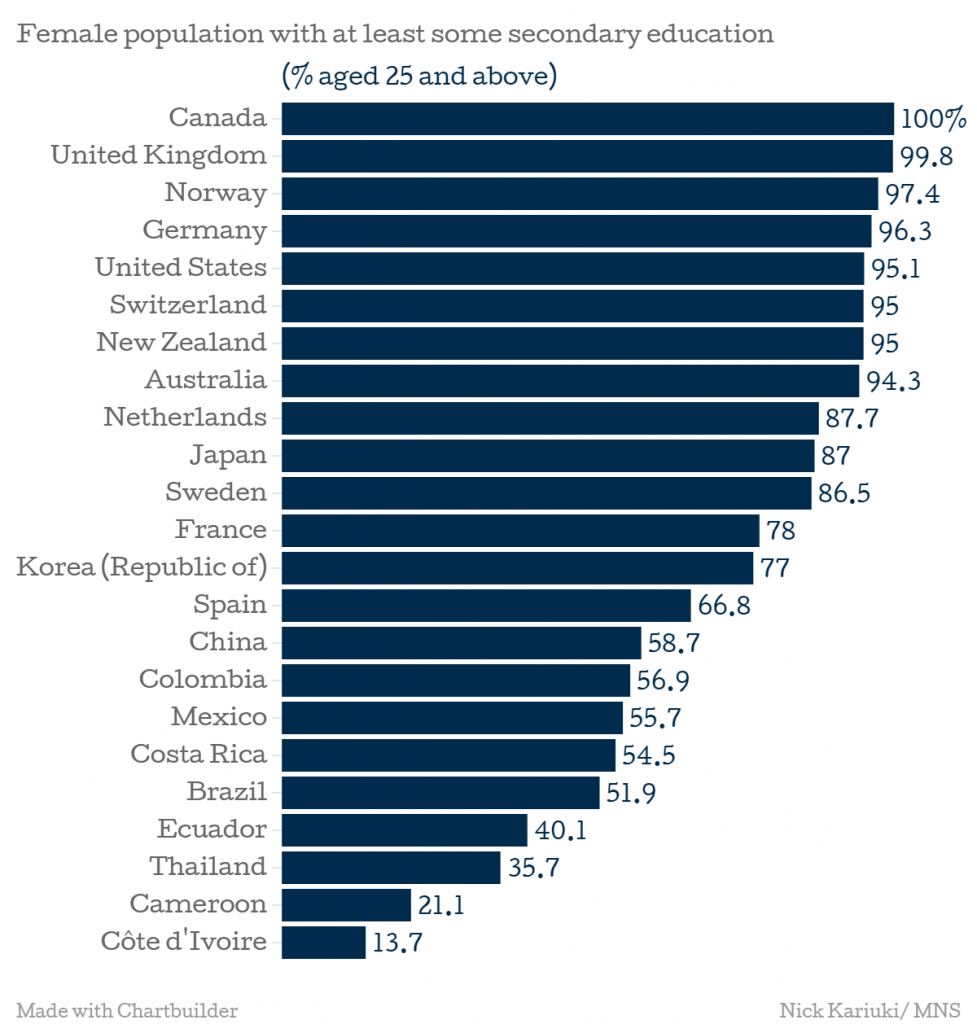 Sources: UNDESA (2013a). Nigeria is not included in this chart, as data on secondary education there were not available.
Medill News Service

Food for thought: Cristiano Ronaldo’s current contract with Spanish giant Real Madrid earns him around $20 million a year. Soccer’s highest paid female player is Marta, the Brazilian star player for FC Rosengård, who makes about half a million dollars per year.

Gender gaps in earning potential hit women just about everywhere. That likely has something to do with women’s representation in the workforce. A disparity between men and women persists in every single home country for World Cup teams: 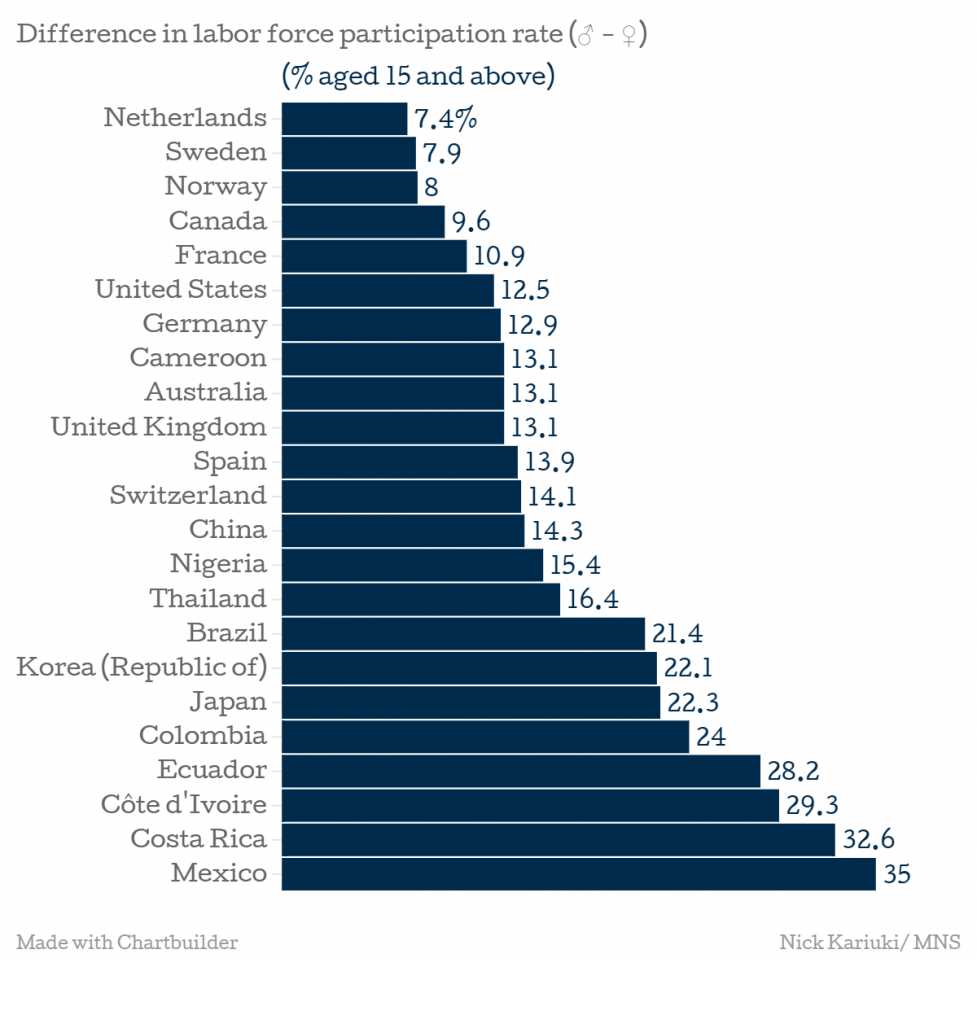 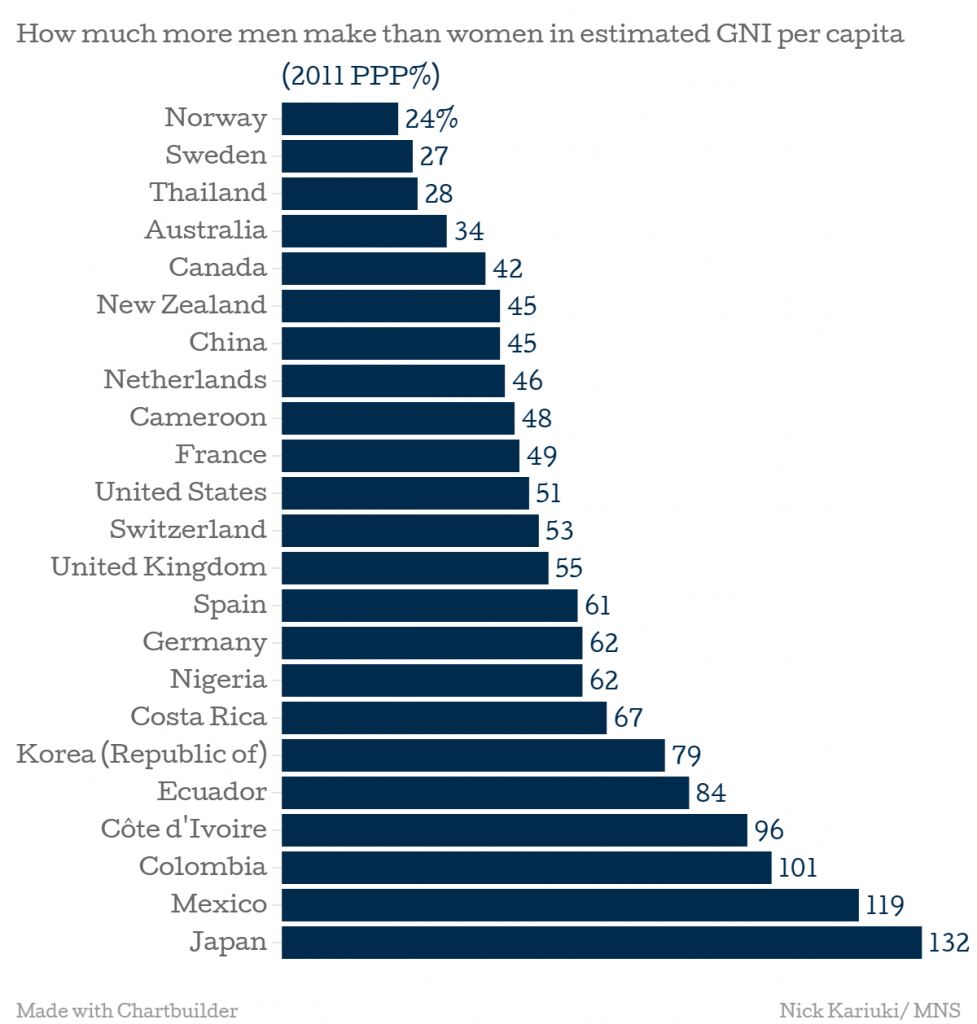 PROTECTION UNDER THE LAW

In case you haven’t heard, there’s been a shake-up in FIFA’s power structure. Barely four days after being elected for a fifth term, FIFA President Sepp Blatter announced his resignation earlier this month in the midst of a massive corruption scandal.

FIFA doesn’t have a great reputation for elevating women in the sport. Blatter’s own career highlights include describing himself as the godfather of women’s soccer and suggesting that women play in tighter shorts to raise the popularity of the game. It was only in 2013 that FIFA finally elected a woman to its executive committee.

That’s a long way from the Swedish government’s gender breakdown. But maybe the upcoming change in leadership will help FIFA along.

Here’s how the competing countries rank for ensuring gender equality:

And which countries have clear laws on the books that protect women? You might be surprised by some of these. (The Netherlands, New Zealand and Norway were not among the 100 economies selected for the World Bank’s 2013 “World Business and the Law” report, and are not included here.)