Oshkosh, B’Gosh: The US Military Is Finally Replacing the Humvee 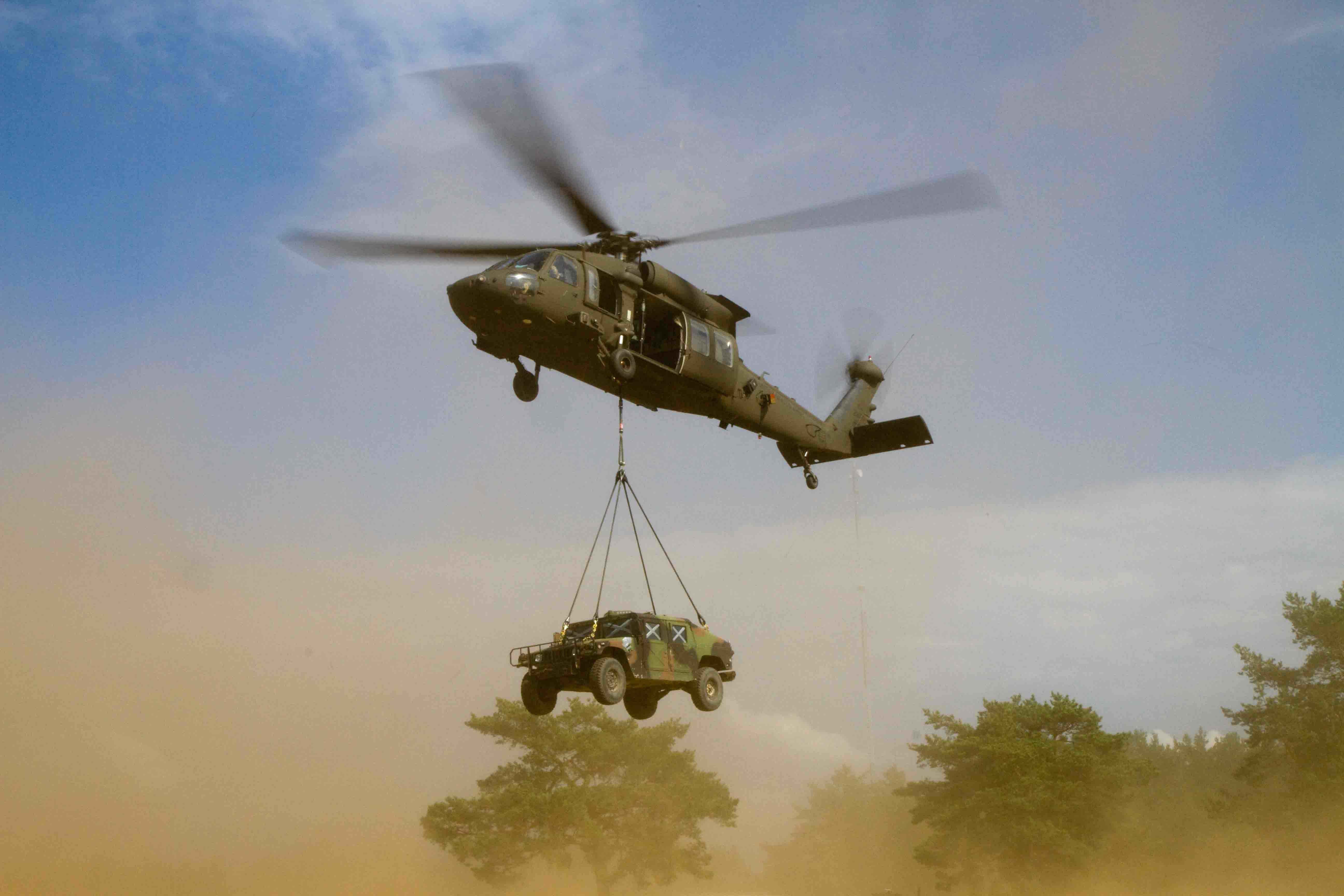 WASHINGTON — This week marks the beginning of the end for the Humvee.

That’s because the US Army chose Oshkosh Defense to manufacture about 55,000 joint light tactical vehicles (JLTVs) that will become the successors to Humvees and mine-resistant, ambush-protected vehicles (MRAPs). The initial contract awarded to Oshkosh on Tuesday is for $6.7 billion and 17,000 vehicles. The total contract, valued at up to $30 billion, could provide the Wisconsin-based company with work through 2040.

The new offering provides underbody and side-armor protection similar to a tank’s, but retains the on-ground and in-theater mobility of an all-terrain vehicle. The vehicle’s reduced weight allows it to be transported by Chinook helicopters and amphibious vessels, a feat that was largely impossible with MRAPs.

Thousands of MRAPs were purchased in response to the traditional Humvees’ failures to sufficiently protect troops from the widespread use of improvised explosive devices (IEDs) by Iraqi insurgents in the mid-2000s. It was not unusual for soldiers to stack sandbags on the floors of the vehicles for added protection — and still have to contend with canvas for doors. The introduction of the MRAP solved the protection problem, though it came at the expense of battlefield mobility.

“Our JLTV has been extensively tested and is proven to provide the ballistic protection of a light tank, the underbody protection of an MRAP-class vehicle, and the off-road mobility of a Baja racer,” John M. Urias, president of Oshkosh Defense, said in a statement.

The Humvee, which has been the military’s go-to vehicle for decades, was born in 1979, when AM General began early design work on the M998 Series high mobility multipurpose wheeled vehicle — or HMMWV, pronounced “Humvee” — to replace the legendary Army Jeep. In 1983, the company was awarded an initial contract worth $1.2 billion to make 55,000 Humvees.

The Humvee has since accompanied troops in Panama, the Persian Gulf, Bosnia, Iraq, Afghanistan, and elsewhere. But now the mainstay military vehicles are being sold off by the dozen, with the bidding starting at $7,500.

In the early ’90s, AM General began production of the Hummer, the Humvee’s commercial spinoff. General Motors later assembled, distributed, and marketed the vehicle before it was discontinued. The last new Hummer was sold in 2010.

The Pentagon dismissed the Humvee’s original manufacture’s design concept for the JLTV, along with an offering by Lockheed Martin, the world’s largest defense contractor.

Lockheed Martin said in a statement that it was disappointed that the Army and Marine Corps did not select its design.

“We believe we presented a very strong solution and await the customers’ debrief to hear more detail regarding the reasons behind this selection before making a decision about a potential protest,” the statement said.

If the defense goliath chooses to protest the Pentagon’s decision, the Government Accountability Office, which has a forum to resolve disputes over awards of federal contracts, will review the military’s decision.

AM General also expressed disappointment in the decision and is “considering all available options,” a company spokesman said in a statement.

The competition to win the multi-billion dollar contract began in 2012. Each competitor provided 22 prototypes for the JTLV program. These were then tested over a 14-month period.

“I am tremendously proud of the JLTV program team,” Heidi Shyu, the assistant secretary of the Army for Acquisition, Logistics, and Technology, said in the announcement. “Working with industry, they are delivering major improvements in protected mobility for soldiers and have succeeded in executing a program that remains on-budget and on-schedule.”

Oshkosh is scheduled to begin manufacturing the vehicles in the first quarter of 2016 so the Army can start getting the trucks in the field by 2018.