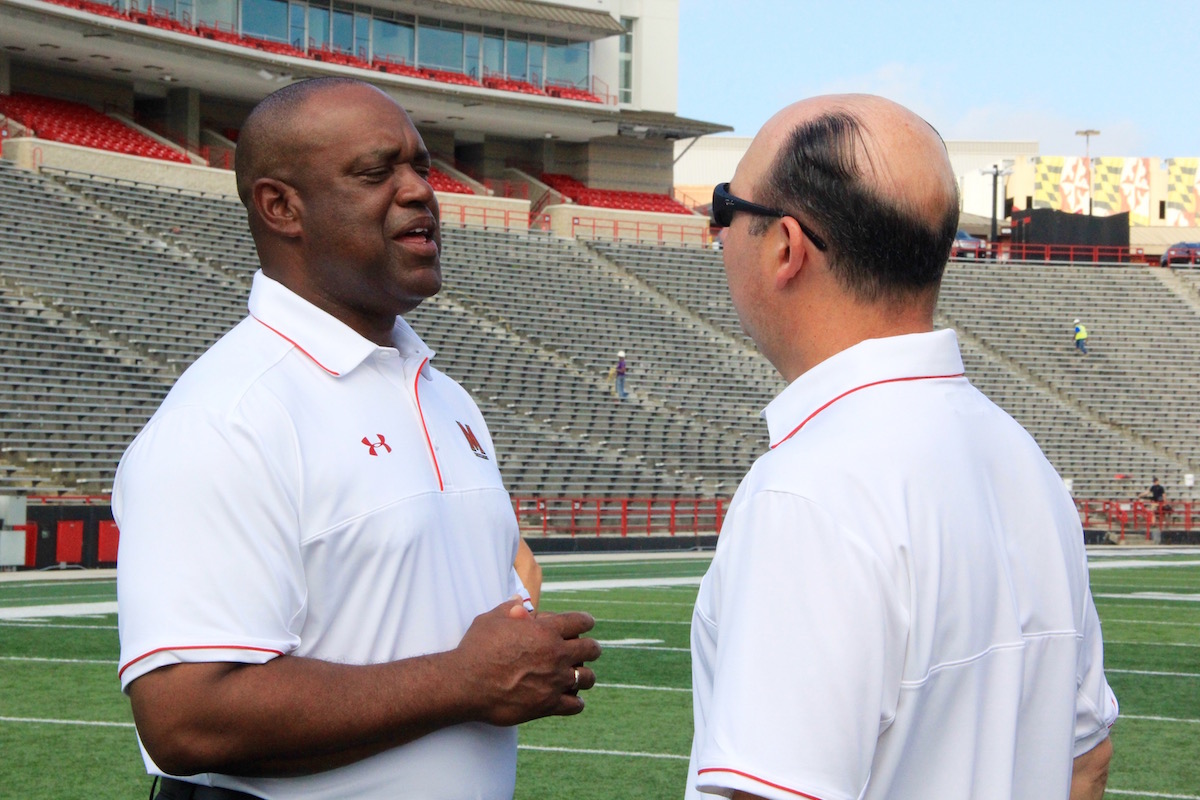 COLLEGE PARK, Md. — The first time Pete Lembo met D.J. Durkin — when he was invited to speak at Michigan last summer, when Durkin was the Wolverines’ defensive coordinator — he felt like they had known each other for decades.

And after Durkin took the reins of Maryland football in December, Lembo kept in touch with the first-time head coach.

“I really got the sense that he wanted to surround himself with veteran coaches that have had to make some tough decisions before in their careers,” said Lembo, Ball State’s head coach for the last five years. “(Coaches) that had seen a lot, done a lot.”

Coming off a 3-9 season — 1-7 in the Big Ten — the Terrapins got lucky. They enter the 2016 season with two former head coaches on their staff: Lembo and former Virginia coach Mike London, 55, who resigned after the Cavaliers’ 4-8 finish last year.

Lembo, 46, said it was a tough decision to transition from a head coach after 15 years — with Elon and Lehigh, in addition to Ball State — to an assistant head coach, special teams coordinator and tight ends coach. But he felt “ready for a change.” Plus, it he couldn’t pass up working for a Power Five school, even if it meant dropping down to a position coach.

But London’s path to associate head coach and defensive line coach in College Park was a little different.

Talk of him losing his job at Virginia intensified last season and included a @Firemikelondon Twitter handle, circa 2012. Despite parting ways after 12 years on and off in Charlottesville and a 27-46 record at the helm, London’s motto remains “be where your feet are,” as he tries to forget about what happened last season. 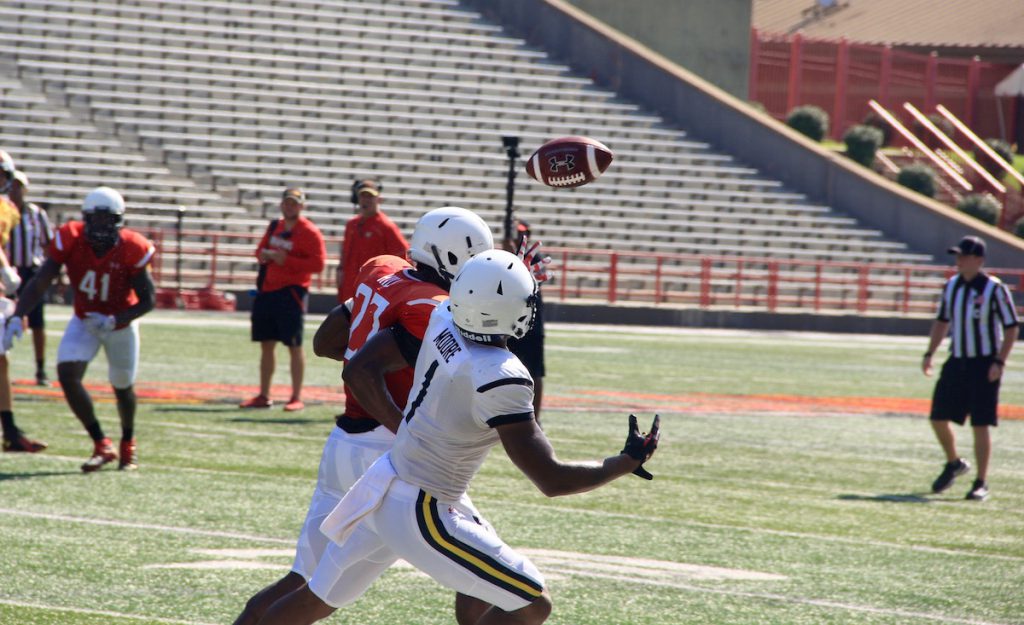 Senior defensive back Alvin Hill, left, and sophomore wide receiver D.J. Moore fight for the ball during a preseason scrimmage at Capital One Field at Maryland Stadium on Aug. 20. (Michelle R. Martinelli)

After years as a head coach, London said he had to “hit that reset button” as a position coach and get back to his roots, teaching football fundamentals to his young players at Maryland.

He was the defensive line coach for William and Mary and Boston College in the 1990s before joining Virginia as the position coach in 2001. He also had brief stints with the Houston Texans and Richmond before returning to UVA.

Embracing new challenges with arguably less responsibility, Lembo and London are enthusiastically all business on the field. But their players have noticed their personality quirks and unique coaching styles.

Junior tight end Andrew Isaacs described Lembo as a “fun-fact guy,” who applies 20th century world and classic rock history lessons to the team’s goals. From a diagram of the invasion of Normandy and stock market tips to detailing the 40-year resilience of The Who, Lembo transforms everything into a metaphor for the Terps.

“You learn something new that you didn’t know about football, about life, about everything,” Isaacs said. “He likes to tell us stuff, like random things that you’ve never even heard of before. It’s pretty cool learning different things just by being with him.”

For London, it’s about balancing the seriousness of practice and competing with having a few laughs and being approachable. He joked that as a father of seven, he has to have a sense of humor.

Derived from his love of improv and classic “SNL” sketches and ability to recite movie lines, London is quite the impressionist — favoring Denzel Washington in “Training Day” and Muhammad Ali.

“Out on the field, it’s strictly business, but once the horn blows, he’s a funny guy,” senior defensive lineman Roman Braglio said. “He likes doing Muhammad Ali. He’s pretty good at it too, (and he shadow boxes) a little bit. He’ll get some moves in there.”

The Terps kick off their season hosting Howard on Sept. 3 at Capital One Field at Maryland Stadium.