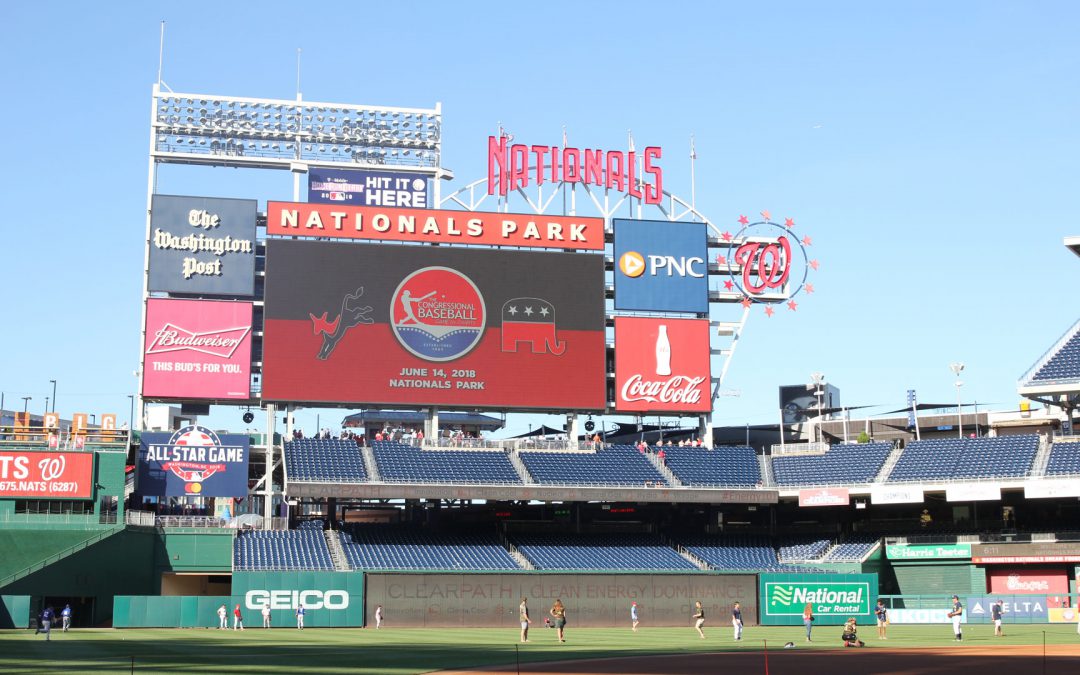 Though Democrats beat Republicans 21-5, all eyes were on the House majority whip from Louisiana, who was critically shot in the hip during the Republicans’ practice last year in Alexandria, Virginia.

Walking onto the field with the support of his cane, Scalise received a standing ovation from the crowd and a team huddle hug from his colleagues. He wore a Capitol Police baseball cap in honor of the security detail who saved his life.

Once considered to be the best player on the Republican team before the shooting last year, Scalise ditched the cane to start as second baseman. Scalise told Fox News Thursday he “earned” his starting job back despite his injuries, for which he has undergone multiple surgeries.

“It tells you how bad the talent level is that a guy like me who can barely walk out there right now can make it,” the Congressman joked.

“But I can field balls, and I can still make the throw to first,” said Scalise, who has undergone nine surgeries and physical therapy.

Rep. Raul Ruiz, D-Calif., first up at bat, hit a grounder almost directly to Scalise. Scalise quickly picked up the ball and threw it to the first base player for the first out of the night. His Republican teammates then ran to Scalise and gave a hug as the crowd gave the Congressman a standing ovation.

But after Rep. Pete Aguilar, D-Calif., came to bat, Scalise was escorted off the field with a little help from teammate Rep. Brad Wenstrup, R-Ohio, and fellow Louisianan and longtime friend, Democratic Rep. Cedric Richmond, the pitcher for the Democrat’s team.

Though Scalise left the game in the first inning, the 7-inning game continued onward and became more competitive with time. Republicans gained three runs in the fourth inning, but the Democrats’ momentum couldn’t be stopped as they continued to outscore and outrun the GOP’s team.

Fans cheered and booed loudly for both teams as the lower level 100s of the stadium appeared to be mostly full. The proceeds from the game will go to the Washington Literacy Center, the Boys and Girls Clubs of Greater Washington, the Washington Nationals Dream Foundation, and the U.S. Capitol Police Memorial Fund.