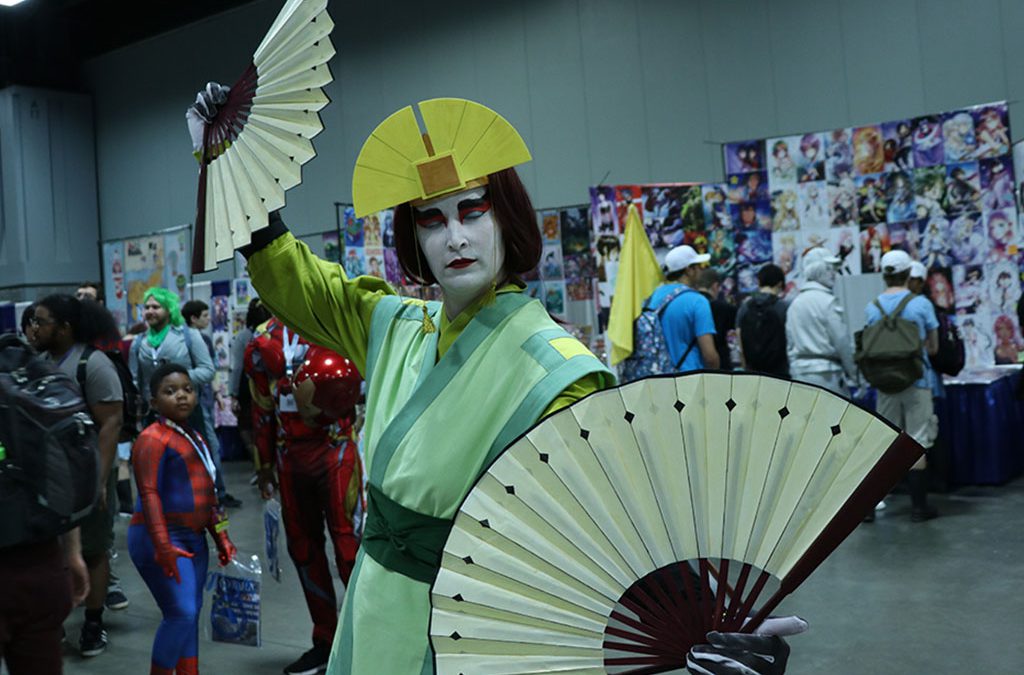 WASHINGTON — Tens of thousands of comics and animations fans, wearing the outfits of beloved characters like magic girl Cardcaptor Sakura and soldiers fighting giants in Attack on Titans, gathered in Washington over the weekend to celebrate Japanese manga and anime, a niche subculture that’s gaining popularity in the United States.

“There’s definitely a stigma around a lot of people who think that anime fans are just adults who won’t stop watching kid cartoons,” said Helena Converse, a 33-year-old software engineer dressed as Kyoshi, a character in Avatar: The Last Airbender.

But Otakon, an annual Asian pop culture convention that began in 1994 in the United States, offers fans a safe place where they can wear anime costumes and buy merchandise, like giant cushions covered with portraits of characters, without being ridiculed as nerds.

The three-day convention attracted roughly 30,000 participants by Sunday, up about 5,000 from the attendance last year, event sponsor Otakorp said.

“You see people of all ages, races and everything here, just coming to both share what they love and to see and meet people that have similar interests,” said Kelly Whittington, a 27-year-old who’s been going to comic conventions for a decade.

“They have different cultural influences, but in terms of execution and what they represent-imagination and exploring these different characters — I think they have the same base, just in different cultural locations,” said Dungan, who wore the signature purple waistcoat of the Joker, the iconic green-headed villain with an ear-to-ear grin in the Batman series.

Elizabeth Chapman, a professional costume maker who attended a convention in a traditional Japanese anime costume last year, said at first she was worried about how people would respond to a white woman dressed as a Japanese character, but soon felt assured as everybody marveled at her wig and makeup.

“In the end, it doesn’t matter what your skin color is,” Chapman said. “If you like the character and you want to dress up as them, you should be able to do it.”