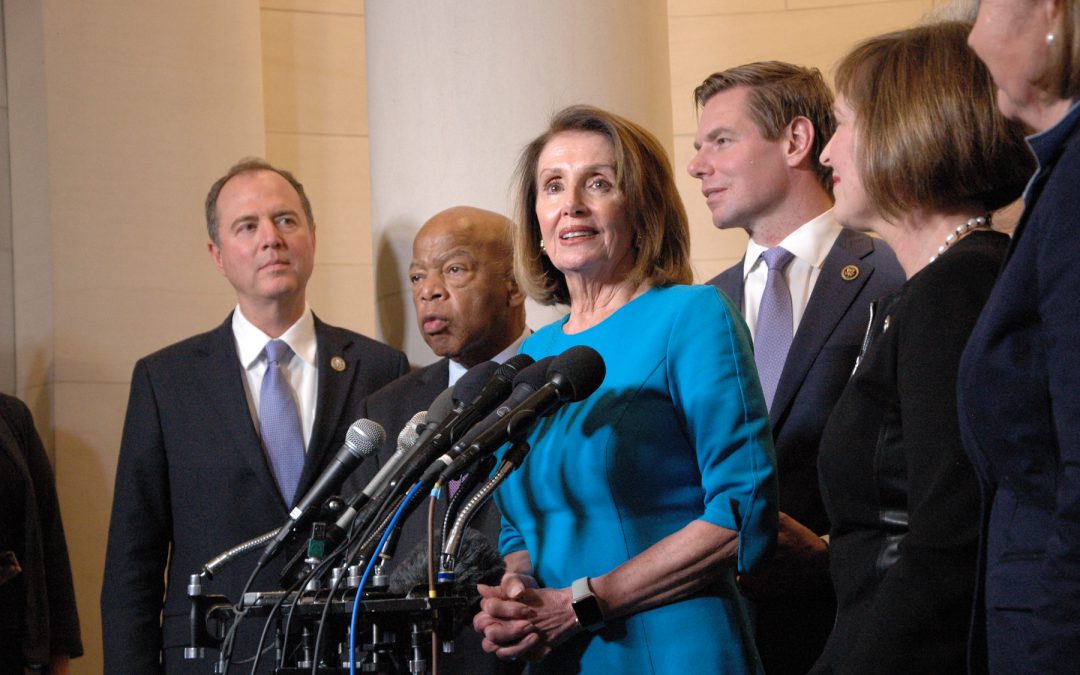 WASHINGTON — Nancy Pelosi won the House Democrats’ vote to lead their party in the House, and now needs to win a majority of the full House — 218 votes – to regain the House Speaker title she lost in 2011 when Republicans took control.

“Our diversity is our strength, but our unity is our power,” she said at a news conference.

The vote of the whole House in January will require 218 votes. The final caucus leader vote Wednesday was 203 in favor of Pelosi, 32 against her, three blank and one absent – Rep. Sean Patrick Mahoney, who was hospitalized. If one uncalled House race goes to Democrats, they would have 235 votes in the house, meaning Pelosi could withstand 17 defections. In all 238 Democats voted because at-large delegates participated; they are not allowed to vote on the House floor.

Earlier in the day, Rep/ Hakeem Jeffries of New York edged out Rep. Barbara Lee of California to become the House Democratic Caucus chair. The vote was reported to be 123 – 113. Lee told reporters she was disappointed by the vote and said she believed that her age, 72, was a factor in the narrow loss. Jeffries is 48.

The newly chosen causes chair led the afternoon meeting where members voted for the remainder of leadership positions.

Reps. Steny Hoyer of Maryland and James Clyburn of South Carolina, who were unopposed, the leader and whip jobs, respectively.

Voting was expected to last into the evening hours.