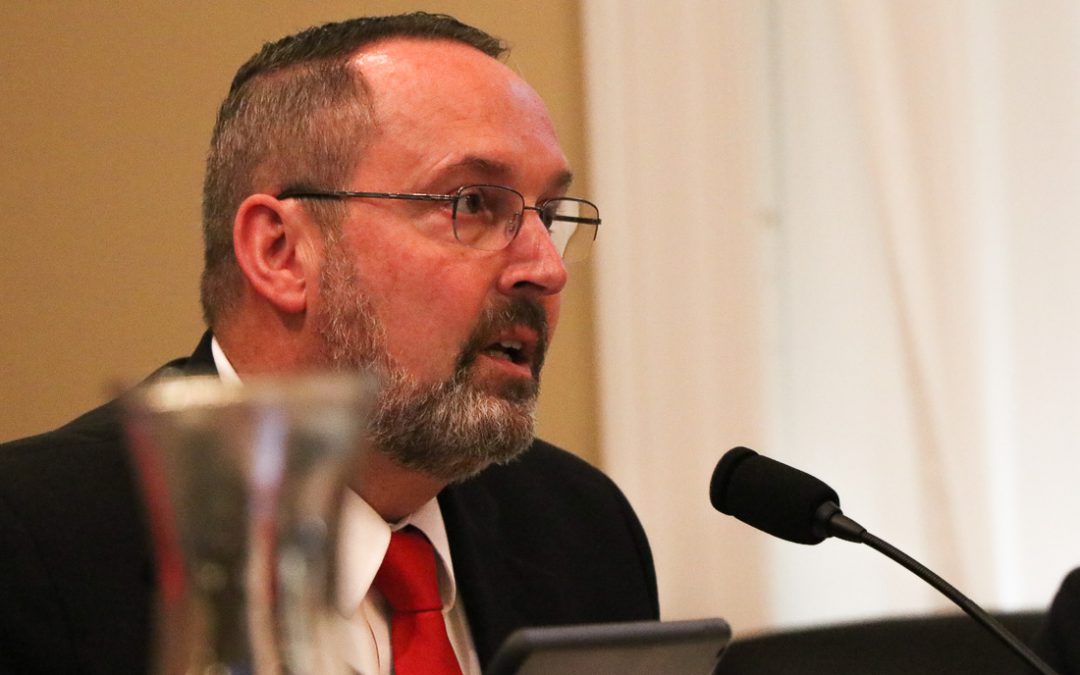 WASHINGTON — Thousands of hardy, toxic chemicals could be threatening the nation’s water supply, and the federal government should step in to help combat the problem, a Michigan chemicals expert told members of Congress on Thursday.

Steve Sliver, executive director of Michigan’s PFAS Action Response Team, urged Congress to support a bill that would compel federal agencies to identify and mitigate possible contamination by per- and polyfluoroalkyl substances, or PFAS.

Exposure to the chemicals is a major concern in Michigan, which has the most sites in the country known to be contaminated by PFAS, according to a recent report. Michigan lawmakers have introduced several bills in Congress aimed at dealing with the contamination, including Kildee’s legislation.

His bill would require the U.S. Geological Survey to partner with the U.S. Environmental Protection Agency to identify and address contaminated sites around the country.

“Michigan, as well as other states, needs national leadership on standards, and any federal assistance with the sampling of surface water, groundwater, and soil, would be very much appreciated,” Sliver said in written testimony.

PFAS, a class of more than 5,000 chemicals, are comprised of carbon-fluorine bonds, making them unusually stable and heat resistant. Their uses are extensive; they’re found in everything from paints to pizza boxes.

But some of the characteristics that make PFAS desirable for industrial use also make them dangerous contaminants. Instead of breaking down, they accumulate — in the environment, in food and water supplies, and in humans. They have been linked to cancer and other serious health problems.

Interest in PFAS contamination began in Michigan when very high levels of contamination in groundwater and surface water were discovered near military installations that used firefighting foam, Sliver told lawmakers.

Kildee represents Oscoda, Mich., home of Wurtsmith Air Force Base, one of 400 known sites contaminated with PFAS via firefighting foam.

“We would not be surprised to find them in many different media,” he said, adding that Kildee’s bill would help officials prioritize where and how to test for contamination.

Sliver said Michigan has likely detected more PFAS than other states because it’s actively searching for contaminated sites, not because contamination levels are higher there than other parts of the country. A nationwide investigation could reveal comparable data in other locations.

Kildee’s bill would appropriate $45 million across five years for the survey, the Michigan Democrat said, adding that more money may be needed to complete the study.

Sliver said Michigan alone has allocated $50 million for dealing with contamination during the past two years. The funding supports both investigations and remediations, including the filters provided for drinking water.

Testing and treatment protocols differ based on the type of water source. A carbon treatment for one contaminated exchange point between drains or sewers and bodies of water could cost nearly $1 million. Even the cost of a single water sample is high, Sliver said, because of the possibility for cross contamination.

“You have to have a pretty experienced sampling team,” he said. “We’re dealing with parts per trillion.”

Published in conjunction with Michigan Advance.