‘The world should know what happens in ICE facilities,’ a grieving mother tells Congress 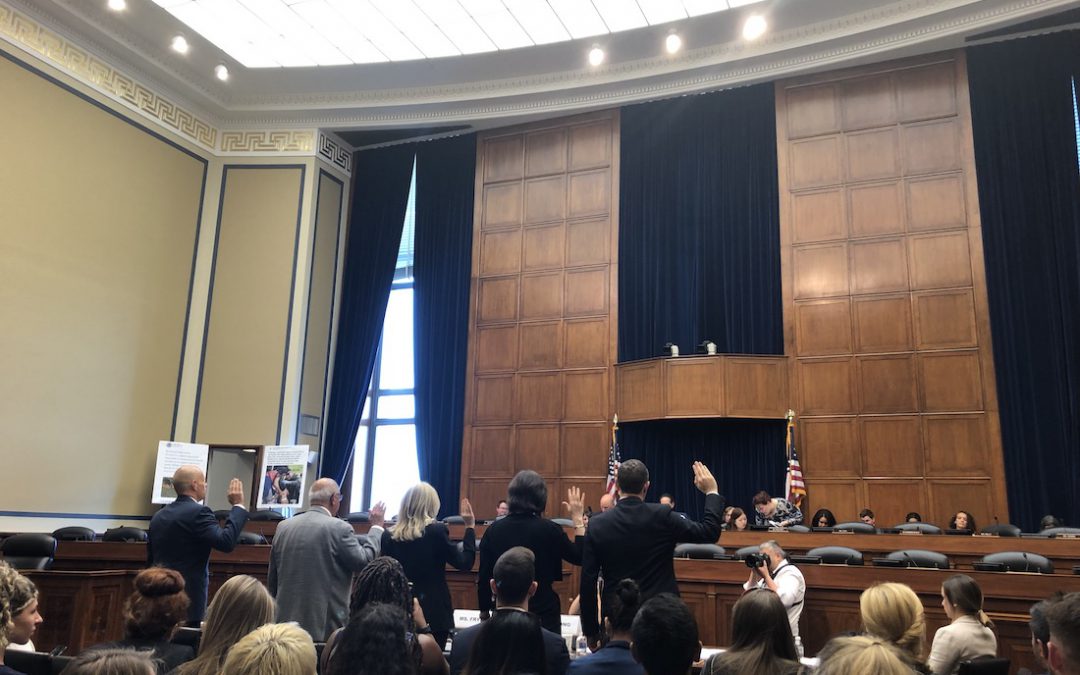 WASHINGTON – Yazmin Juárez, a Guatemalan asylum seeker, told a House Oversight and Reform subcommittee that her 19-month-old daughter died because of medical negligence at a federal detention center in Texas last year, causing several Democrats on the committee to call for measures to ensure that Immigration and Customs Enforcement (ICE) officials provide adequate health care at the nation’s largest detention center.

Juárez explained at Wednesday’s hearing that her daughter, Mariee, died of a respiratory infection she contracted at the South Texas Family Residential Center in Dilley, Texas. The girl was unable to keep down food and lost 8 percent of her body weight in 10 days, she said. Juárez tried to take the child to the center’s health clinic but was turned away twice after waiting in a lengthy line.

“I’m here because the world should know what happens in ICE facilities,” Juárez said through a Spanish interpreter. The witness spoke through tears at multiple points in her testimony.

Mariee’s ICE medical records show that she was cleared to travel and had seen a doctor before being released from detention with her mother, according to documents obtained by the subcommittee. But Juárez testified that the final doctor visit never happened.

Rep. Debbie Wasserman Schultz (D-Fla.) wondered whether additional fabricated ICE records exist: “How do we know they’re not just making them up to cover up their neglect?”

Dr. Carlos Gutierrez told the committee that he and fellow doctors treated refugees held at the El Paso border facility on a volunteer basis in 2014, but was turned away last year when he offered the same pro bono assistance to the now-closed Tomillo facility.

He also said that he treated five sick children last year after they were released from the El Paso center, but because he had no access to their medical records, he didn’t know which medications the children had been prescribed, which meant a new prescription could worsen their symptoms. He said either doctors should have access to the detention centers or to the migrants’ medical information so they could be properly treated.

READ: Immigrants Across the Country Are Using Hunger Strikes to Protest Inhumane Detention
“This is not the fault of CBP [Customs and Border Protection] or ICE — they aren’t trained for that,” Gutierrez said.

But Rep. Mark Meadows (R-N.C.) argued that the privacy of detained children would be jeopardized if pro bono doctors had access to their medical records.

Former Border Patrol Chief Ronald Vitiello, who was a witness brought in by the Republican committee members, agreed with Meadows.

“I urge Congress to give (the Department of Homeland Security) and its components the authority and capability to end this crisis,” Vitriello said. He also suggested fully staffing and funding ICE: “If we believe immigration is a benefit for our country, enforcement and integrity in the immigration system must be funded.”

Human Rights Watch President Michael Breen said spending so much on border detention facilities is “a waste of resources that ignores proven alternatives” and called the “massive overuse of detention” unconstitutional.

“We are detaining people with no crime, and we are saying we don’t have the resources to detain them,” he said.

Hope Frye, executive director of Project Lifeline, told the subcommittee that it should ensure the quick release of detained children to family members “who are far better suited to care for these children than a government that causes so much harm.”