Harriet Tubman statue in U.S. Capitol would be second to honor a black woman 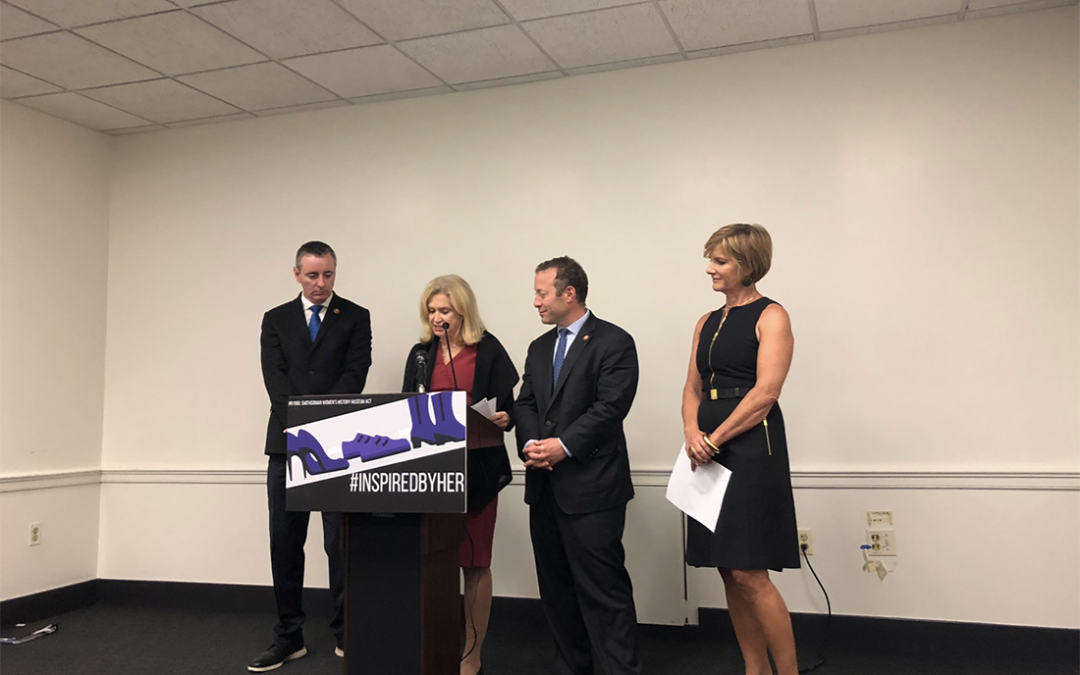 WASHINGTON – A group of New York congressmen and women are pushing for a statue of Harriet Tubman to be in the United States Capitol, which would make it only the second statue of a black American woman in the U.S. Capitol.

The first statue honored civil rights activist Rosa Parks, and it was added in 2013 during President Barack Obama’s second term in office. Rep. Carolyn B. Maloney, D-N.Y., who introduced the Honoring Harriet Tubman Act, said that Tubman has “left an indelible mark” on the country and a statue of her in the U.S. Capitol would continue to inspire Americans.

“Harriet Tubman had the clarity of vision, unwavering respect for human dignity, and the strength of character to shape our nation’s history for the better,” Maloney said in an email statement. “We as a nation should celebrate her for that.”

The statue would not replace one of the two New York statues in the U.S. Capitol, Maloney said. The United States Congress authorized in 1864 that the National Statuary Hall Collection would allow each state to provide two statues of “notable citizens,” the Architect of the Capitol stated.

Maloney’s bill would direct a statue of Tubman to be independently placed in the U.S. Capitol, similar to the legislation for Parks’ statue.

The Obama administration had planned to honor Tubman by replacing the image of former President Andrew Jackson with her image on the $20 bill in 2020, but Treasury Secretary Steven Mnuchin announced in May that the change would be postponed until at least 2026. It was speculated that the decision avoided a possible attempt by President Donald Trump to cancel the bill.

The statue legislation has bipartisan support, and those involved are working to get it passed “as fast as possible” and will keep pushing for “as long as it takes,” Maloney said.

“Getting a bill through Congress is never easy, even when the administration is friendly,” Maloney said. “But that’s never a reason to refrain from introducing legislation, particularly when it’s for a great cause.”

“No matter how you identify politically, you should be able to agree that Harriet Tubman is an American hero,” Maloney added.

The White House did not respond to requests for comment.

The first sculpture to honor a black woman in the Capitol was Sojourner Truth’s bust. The bust was placed in Emancipation Hall in 2009, and Maloney noted that there are still no black women represented among the 100 statues donated by states to the National Statuary Hall.

“Black women have contributed immeasurably to our nation,” Maloney said. “It goes without saying that black women deserve more representation … and there is no better person to start with than Harriet Tubman.”

Tubman, a former slave who helped many slaves escape safely to the North, settled in Auburn, New York, after the Civil War and her legacy is seen across the state in schools named after her, a memorial in New York City and a National Historic Park in Auburn, Maloney said.

“New Yorkers are proud of Tubman’s accomplishments and take every opportunity to share her legacy with the world,” Maloney said.

Doris Sartor, national president of Blacks In Government, agreed that a statue honoring Tubman is the right way to move forward in honoring the role of women of color in the country’s history.

“Harriet Tubman believed in and fought courageously for equality,” Sartor said in an email statement. “We are stewards of this world, and we have a calling on our lives to leave it better than how we found it.”

Florence Smith, a board member of Howard County Center of African American Culture in Maryland, hoped that a statue will encourage young people to emulate Tubman.

“I just really wish and hope that our next generation would accomplish more than what we did and not let anybody turn them back,” Smith said. “They definitely need to know their history.”