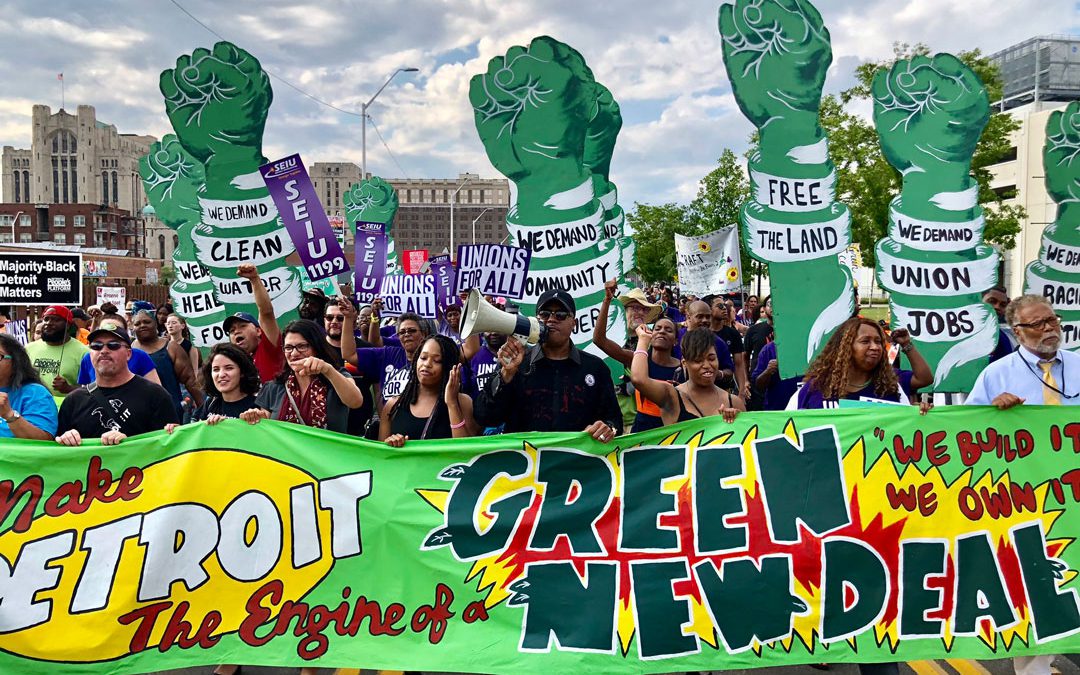 DETROIT — Masses march during the Green New Deal rally in Detroit before the start of the Democratic Debate at the Fox Theatre on Tuesday, July 30, 2019.