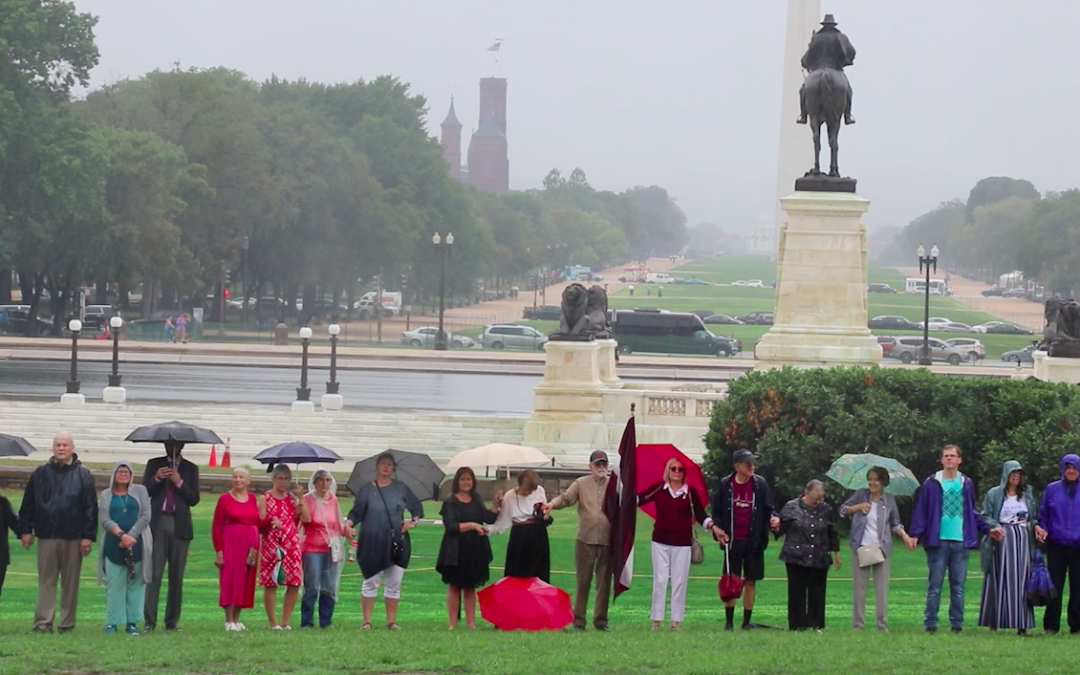 WASHINGTON — Around 1,000 people gathered together in front of the U.S. Capitol on Friday for Baltic Way 30, to mark 30 years since the peaceful Baltic Way protest against Soviet occupation on August 23, 1989, where more than 2 million people formed a human chain that stretched for 370 miles, connecting the capitals of Lithuania, Estonia and Latvia. The chain, which passed through Tallinn, Riga and Vilnius, would be roughly equal to the distance between Boston and Washington, DC.

Friday’s event was attended by people of Baltic heritage as well as friends from other countries. Some of the participants had also taken part in the original event in 1989. Also present were Jonathan Vseviov, the Estonian Ambassador to the United States, Kęstutis Vaškelevičius, Counsellor at the Embassy of Lithuania and Artūrs Saburovs, Third Secretary for Communications and Public Diplomacy at the Embassy of Latvia.

The 1989 protest against the Soviet occupation had been planned on the fiftieth anniversary of the signing of the Molotov-Ribbentrop Pact between the Soviet Union and Nazi Germany, which delineated spheres of influence for the two nations. This in turn led to a division of Europe: soon after the pact was signed, the Soviet Union annexed Estonia, Latvia and Lithuania.

Karl Altau, managing director for the Joint Baltic American National Committee, said that that the 1989 Baltic Way had united the Baltic people.

“It was during the darkest days of the Soviet occupation,” he said, “They were striving for freedom…2 years later their freedom would be restored. We were just remembering that today.”