One year later, members of Congress demand for justice for Khashoggi 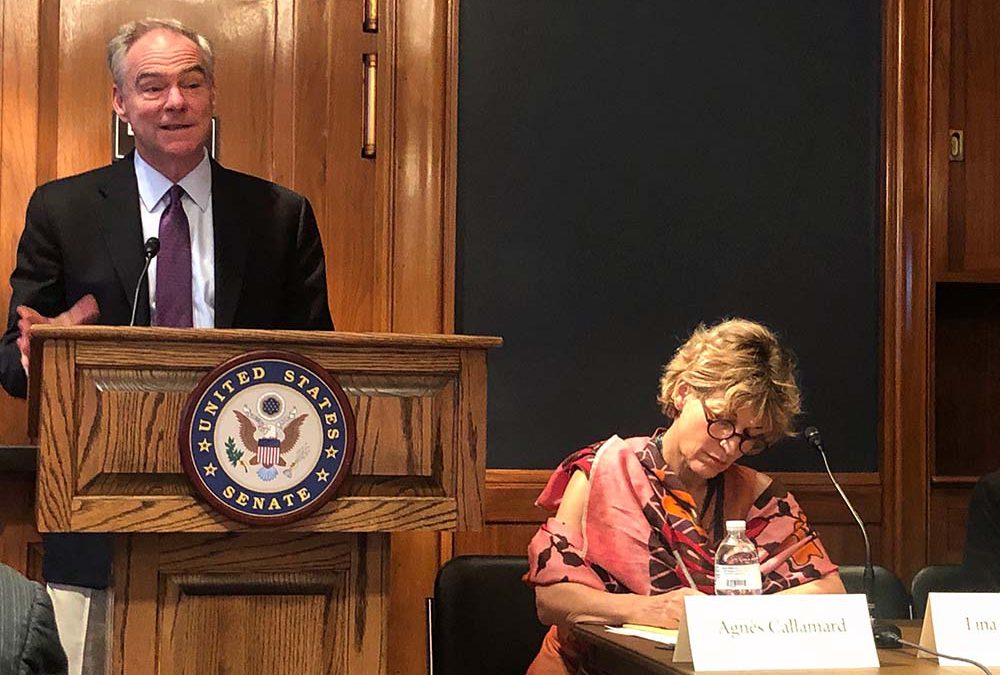 WASHINGTON – Although Saudi Arabian Crown Prince Mohammed bin Salman has said he takes responsibility for the death of journalist Jamal Khashoggi a year ago, U.N Special Rapporteur Agnès Callamard and 11 Democratic members of Congress demanded complete accountability from the Saudi crown prince and firmer action from the Trump administration to determine whether bin Salman ordered the murder.

Khashoggi, a Saudi native who was living in the U.S. and writing a column for The Washington Post, was last seen entering the Saudi Arabian consulate in Turkey on Oct. 2, 2018. He was murdered and dismembered by a team of Saudis who the Saudi government, after first denying any involvement in the murder, eventually said had acted on their own in murdering the journalist.

Bin Salman told PBS that he accepted responsibility for the murder but denied any involvement in ordering the killing. In a video clip from a PBS documentary scheduled to air next week, the Saudi prince is quoted as saying, “I get all responsibility because it happened under my watch.”.

At a news conference Thursday, Callamard, who led a U.N. investigation of Khashoggi’s death, said the Saudi judicial system cannot be trusted to bring the killers to justice.
Later, she told Medill News Service that the crown prince’s comments to PBS are not a formal acceptance of personal responsibility.
“I’m very pleased that he said what he said, but that’s not good enough,” Callamard said. “He must understand that he is not in a position to demand of us that we take his words at face value because so far he has not demonstrated that his words can be trusted,” she said.

Virginia Sen. Tim Kaine added that the U.S. intelligence community found that “it was impossible for that murder to have taken place without knowledge of the crown prince of Saudi Arabia. This is an atrocity that is not just a Saudi atrocity; it’s an American atrocity.”
Kaine once again urged the FBI to open an investigation into Khashoggi’s murder.

Sen. Chris Van Hollen of Maryland said bin Salman should be held accountable by the United States and other countries.
“The president of the United States has been complicit in the cover-up,” He told the audience at the event sponsored by the Project on Middle East Democracy and 12 other human rights and press freedom groups.

Some other former Saudi residents, like women’s rights activist Loujain Al-Hathloul, who are being held captive by the Saudi kingdom, were represented by their relatives. Loujain’s sister, Lina Al-Hathloul, urged people to talk about these arrests every time Saudi Arabia is discussed. “What can you do about it? Ask questions, talk about it and most importantly, I beg, never forget,” she said.