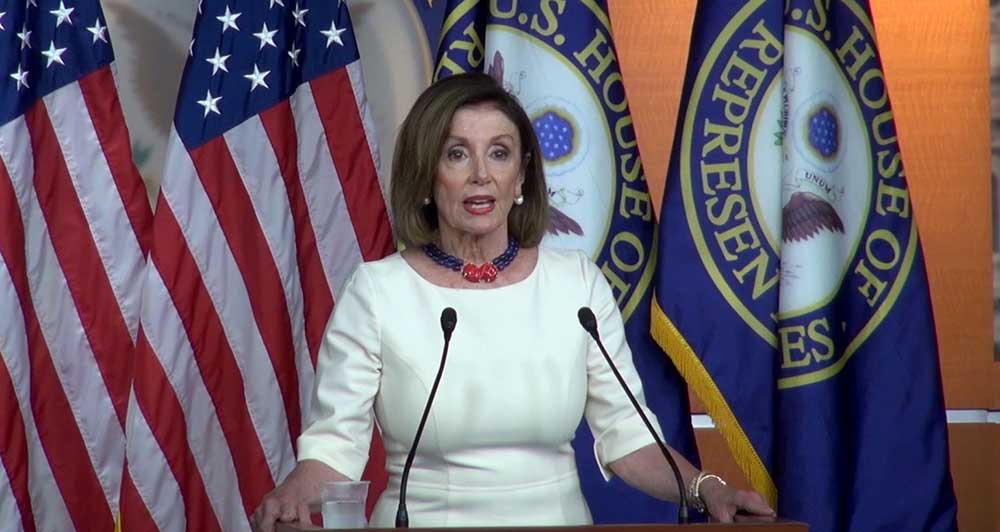 WASHINGTON — House Speaker Nancy Pelosi on Thursday accused the White House of a “cover-up” in its handling of records of the July phone call between President Donald Trump and Ukrainian President Volodymyr Zelensky in which Trump asked Zelensky to investigate former Vice President Joe Biden and his son.

Speaking to reporters during her first press conference since announcing an impeachment inquiry, the California Democrat pointed to the newly released whistleblower complaint about the phone call as strong evidence of misconduct. In it, the whistleblower wrote that the administration tried to “lock down” records of the call and store them in an electronic system meant for protecting “classified information of an especially sensitive nature.” These actions, the whistleblower wrote, meant the administration understood the gravity of what occurred in the phone call. The whistleblower said Trump had illegally asked a foreign government to help him in the 2020 election by investigating his potential Democratic opponent.

“When you have a system of electronic storage for information that is specifically for national security purposes, and you have something that is self-serving to the president politically and decide you might not want people to know and you hide it someplace else, that’s a cover-up,” Pelosi said.

House Minority Leader Kevin McCarthy defended Trump and rebutted Pelosi’s assertions during his news conference. He said that the whistleblower relied on hearsay rather than primary sources, and that the call transcript released by the president on Wednesday exonerated him.

“When you read the transcript, tell me one thing in there that is impeachable,” McCarthy said.

Trump has likened the House inquiry to “another witch hunt,” tweeting on Thursday that the whistleblower is unreliable with only second-hand information and repeating his claim that the phone call was “very nice” and “no pressure.”

Pelosi, however, said Trump’s apparent request for political help from Ukrainian leaders and subsequent efforts to conceal the nature of the phone call “betrayed his oath of office.”

“Every day, the sadness grows because the disregard for our Constitution that the president has becomes more clear,” Pelosi said.

Pelosi said that the impeachment inquiry, which she formally announced on Tuesday, is currently narrow in focus to only the allegation that Trump asked Zelensky to investigate the Biden family. She has not set any deadlines, instead saying that “the facts will determine the timeline.”