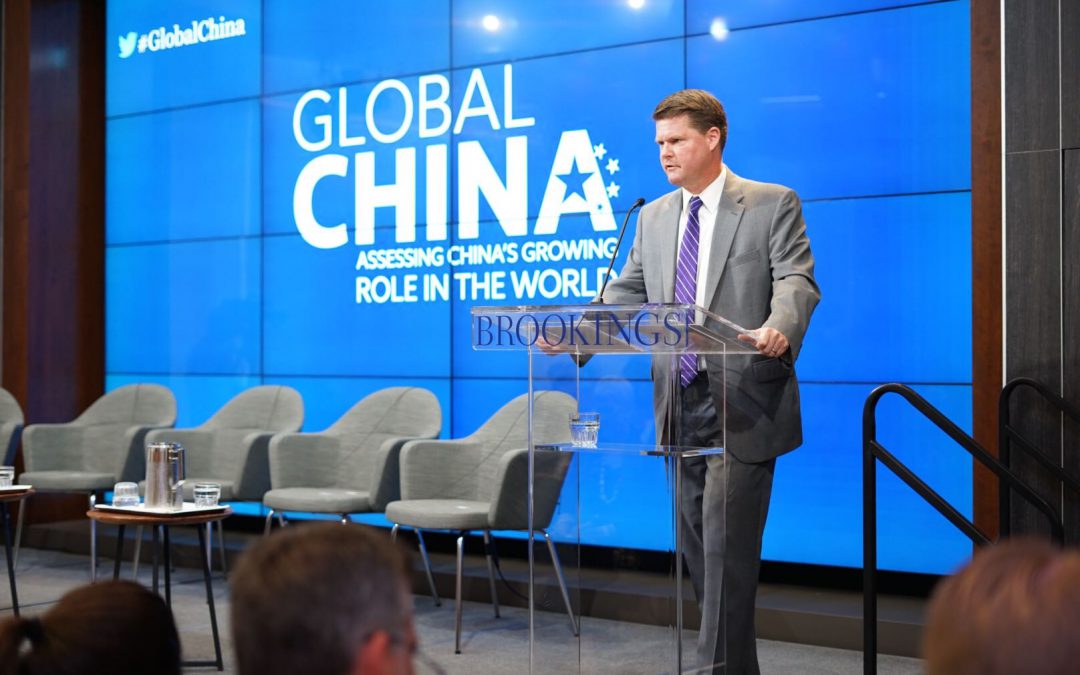 WASHINGTON – The United States is responding to China’s expansion of its global economic and military influence by keeping a clear focus on strengthening international relationships and prioritizing military and cybersecurity investments, a Pentagon official said Tuesday.

“The unfolding long-term strategic competition with China is the defining challenge of our generation,” said Randall Schriver, assistant secretary of defense for Indo-Pacific Security Affairs.

To achieve President Donald Trump’s goal of international security “burden sharing,” the U.S. must strengthen traditional partnerships, such as integrating a national defense strategy with Japan, as well as focus on emerging relationships with India, Singapore, Indonesia and Vietnam, Schriver said.

Speaking at the Brookings Institution about the growing global role of China, Schriver warned that the cost to the U.S. of complacency toward China could be “extremely high.”

“We need to remind allies that countries benefiting from tensions are China and Russia and this is not a good place to be,” he said.

Schriver noted that China’s interest in using technology for coercion, including facial recognition and 5g cellular networks, has led to deep conversations between U.S. leaders and allies on protecting their technology innovation base.

Along with strengthening global relationships, the U.S. must invest in a more lethal military force, Schriver said, by modernizing military capabilities across nuclear, space, cyber-security and missile defense.

“We’re building the airplane as we’re flying it,” he said. “We’re in a competitive environment now… it’s a dynamic environment that can change depending on the directions that China goes.”

That policy, Li said, includes building influence through the Belt and Road Initiative, a global development project in which China is investing billions of dollars every year to link as many as 70 countries through new infrastructure to increase trade, while also pressuring countries to resist challenging its national interests.

“Sometimes politicians and state leaders play two games of chess simultaneously, domestic chess and international chess,” Li said. “It does not make sense if you look at one chessboard, but it makes perfect sense if you look at the two chessboards. That’s the dynamic we’re look at [with Chinese leadership].”

Americans increasingly see China as a threat, according to a study by the Pew Research Center earlier this year. Around a quarter of Americans (24%) name China as the country or group that poses the greatest threat to the future of the U.S. That number is twice as high as reported in 2007.