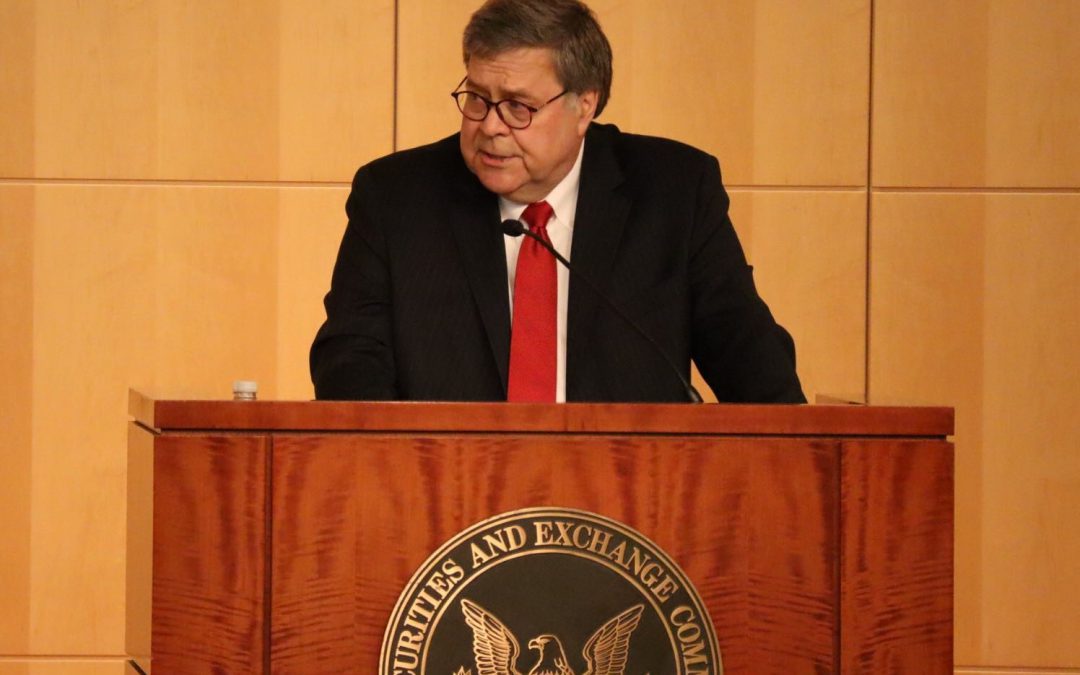 WASHINGTON – Attorney General William Barr Thursday praised the Justice Department and Securities and Exchange Commission for cracking down on large-scale financial crimes that are “growing more sophisticated by the day.”

Speaking at the SEC’s 2019 Criminal Coordination Conference, Barr said the agencies focus on enforcement but want to ensure it doesn’t stifle economic growth.

“The objective…is not to secure the big headlines by taking down the large companies and high profile defendants,” he said. “Rather the objective should be to do the right thing for investors and markets.”

Barr said the DOJ and SEC must work closely because “fraudulent schemes are only growing more sophisticated by the day.”

His remarks come after an international oil and gas conglomerate, TechnipFMC plc, settled with the agencies after it was found guilty of crimes under the Foreign Corrupt Practices Act.

“These matters often involve complex transactions, significant sums of money, and sophisticated parties with … evidence scattered across the world.” he said. “But by working together in close coordination, the SEC and the DOJ are often able to focus efforts on vindicating the law.”

According to a New York Times investigation conducted in 2018, the SEC issued 62% fewer penalties in the first 20 months of Trump’s first term compared to Obama’s. The DOJ saw 73% fewer prosecutions over the same time period. This amounts to roughly 13 billion dollars in fines.