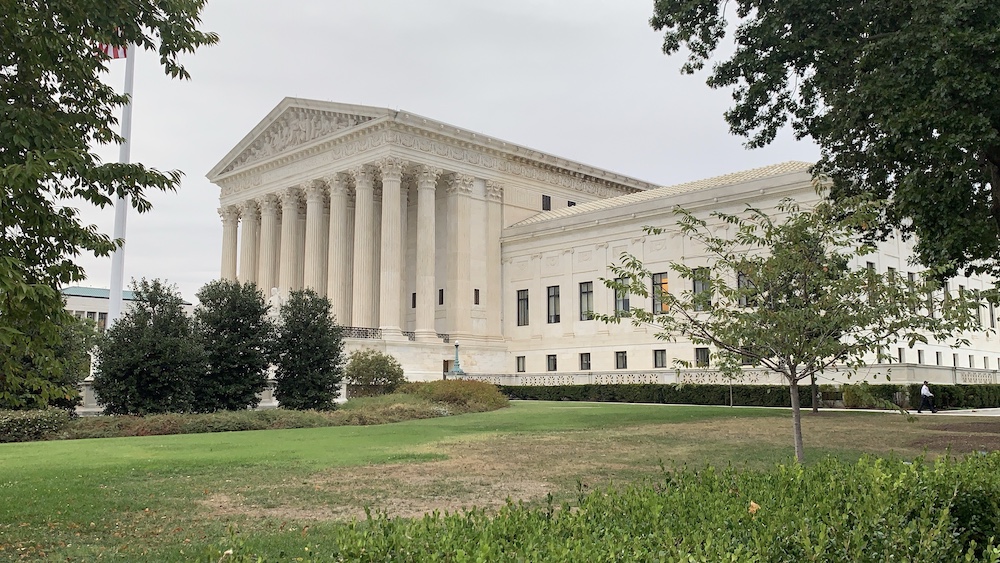 WASHINGTON – The Supreme Court Tuesday was asked to expand the definition of sex discrimination in employment under the Civil Rights Act to include sexual orientation.

Gerald Bostock, the Clayton County child welfare services coordinator, was fired because of “conduct unbecoming of a county employee.” Bostock said it was because his sexual orientation became known to his employer after his participation in a gay recreational softball league.

In Altitude Express v. Zarda, Donald Zarda was fired from his skydiving instructor job after telling a female customer he was gay “to assuage any concern they might have about being strapped to a man for a tandem skydive.” Zarda said he was fired because he didn’t conform to “the straight male macho stereotype.”

Pamela Karlan, who represented both men before the court, said sexual orientation discrimination in each case should be prohibited under Title VII of the Civil Rights Act because both men were discriminated against for not conforming to the expectation of how men should behave.

A 1988 Supreme Court ruling in favor of a woman who said she suffered workplace discrimination because she didn’t fit stereotypes that a woman had to be soft-spoken and wear make-up should be taken as an example to break down stereotypes of supposed male behaviors in the current cases, Karlan said.

“I don’t understand why [these] are hard cases,” said Justice Sonia Sotomayor. “If they’re doing their job, and they’re not bothering you, and they aren’t bringing their boyfriend or girlfriend to a function to your private home because you don’t want them there or whatever else is offensive to you, they are just working.”

“If you treat all gay mean and [gay] women exactly the same regardless of their sex, you are not discriminating against them because of their sex,” said Harris.

In the third case, a male funeral home employee was fired after announcing he would have transgender surgery.

“When you ask a transgender to dress a way they don’t identify as, you’re posing a significant harm [on them,]” that is based on biological sex, said counsel David Cole.