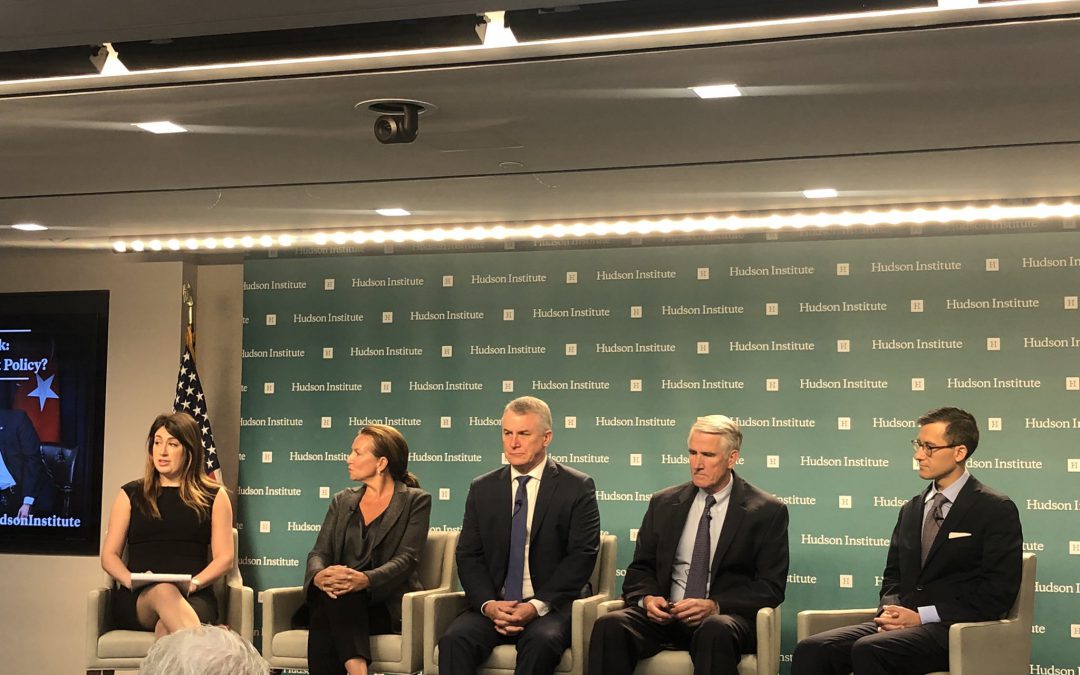 Experts at the Hudson Institute discuss recent developments in northern Syria and the future of U.S. Middle East policy

WASHINGTON – The Trump administration’s decisions to withdraw from Syria and sanction Turkey as it invades northeastern Syria, abandon and betray both Turkey and the Kurds in Syria, a Middle East expert at the conservative Hudson Institute said Tuesday.

Blaize Misztal added that not only are U.S. foreign policy decisions straining its relationship with Turkey, they are in fact “pushing it (Turkey) closer to Russia and China and to Iran.”

“Within a week of greenlighting (Turkey’s) military operations we are now sanctioning them,” Misztal said at a panel discussion. President Donald Trump’s decision to remove troops from Northeastern Syria meant Turkey was no longer constrained against launching an offensive against the Kurdish U.S. ally — the Syrian Democratic Forces. After receiving criticism from Congress about the troop withdrawal and the resulting humanitarian crisis, Trump Monday announced economic sanctions against Turkey’s “destabilizing actions in Northeast Syria.”

We have to have “productive ties with the Turks, which means largely working on their terms,” said Michael Doran. a former senior director of the National Security Council in the Bush administration, because of its strategic location between Europe and Asia.
“Donald Trump has been forced by this bipartisan consensus in Congress to put sanctions on Turkey. Let’s use that for a negotiation with (Turkish President Recep Tayyip) Erdogan,” he added.

But former Assistant Secretary of Defense Mary Beth Long disagreed on Turkey’s importance, saying, “Turkey is no longer the secular Turkey that was the original member of NATO.”
Long, who also served in the Bush administration, asserted that Turkey’s moves are counter to U.S. interests and the U.S. should not be facilitating “the aggression of this regime in either Iraq or Syria.”

Russia and Syrian government forces Tuesday moved into the northeastern Syrian town of Manbij, on the border of Turkey. The current situation in Syria resulted in the Syrian Democratic Forces signing a deal with the Russia backed Assad government of Syria. “The Russians and the Syrian regime have made proposals that could save the lives of millions of people who live under our protection,” wrote Mazloum Abdi, commander in chief of the SDF in an opinion piece for Foreignpolicy.com. He wrote that the SDF would have to “make painful compromises with Moscow and Bashar al-Assad. If we have to choose between compromises and genocide of our people, we will surely choose the life of our people.”