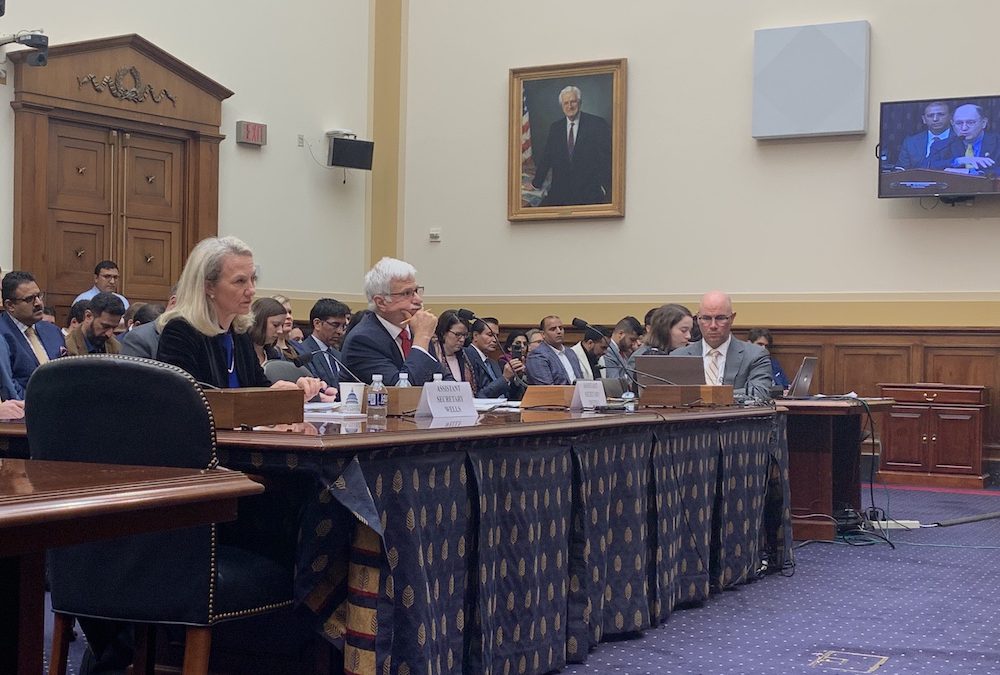 WASHINGTON — The U.S. is urging India to address human rights violations in Kashmir that began in August and to allow foreign delegations into the disputed Himalayan region, a top State Department official said Tuesday.

On Aug. 5, after New Delhi voted to abrogate Article 370, a constitutional provision that gave Kashmiris semi-autonomy and a right to their own constitution, land and flag, Indian Prime Minister Narendra Modi imposed a security lockdown and communications blackout. Republican and Democratic members of Congress have expressed their concerns about the violation of human rights.

“Since the Aug. 5 revocation of Articles 370 and 35A of the Indian Constitution, we have urged the Indian government to balance its security priorities with respect for human rights,” Robert Destro, assistant secretary of state for Democracy, Human Rights and Labor, said during a House Foreign Affairs subcommittee hearing on human rights in South Asia.

“In August, Prime Minister Modi announced a plan to return the region to normal order, which is something we would welcome,” Destro added. “However, the picture remains mixed.”

Curfews have now been lifted in most areas, landlines restored, and some detainees released. Yet, at least 300 people are still jailed under the Public Safety Act, which allows for detention without charge for up to two years in matters of national security.

“I recognize that the situation is complex,” said Washington state Rep. Pramila Jayapal, the first Indian-American lawmaker in the House of Representatives. However, as the world’s largest democracy and important ally to the U.S., India needs to uphold its commitment to human rights, she added.

Internet and mobile phone services remain blocked in many districts. This has led to difficulties in receiving health care, a shortage of medicines and stalled businesses, Destro explained.

Foreign journalists and official delegations have also been denied access to the region.

“Are we supposed to trust [the Indian government], although they don’t let us in?” Rep. Brad Sherman, chairman of the House Subcommittee on Asia, said. “That is not the best possible solution.”

But Francisco Bencosme, an Asia Pacific advocacy manager at Amnesty International, said that Kashmiris told his associates that “politics as they know it is now dead in Kashmir because the entire political leadership has either been detained or forced to sign away any affiliation with politics.”