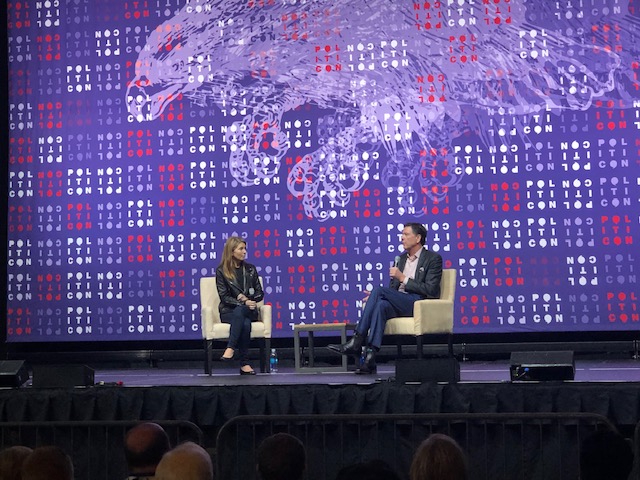 NASHVILLE – Former FBI Director James Comey said he welcomed Attorney General Bill Barr’s decision to open a criminal probe into his origins of the investigation into Trump’s 2016 election campaign at Politicon on Saturday.

“I can’t tell what’s going on with the Attorney general right now,” Comey said in an on-stage interview with MSNBC “But I would hope him and John Durham would be fair.” Durham is the U.S Attorney Barr has assigned to the probe.

He also announced he would never be working in the government again, even if Trump is not re-elected. He did mention what he was focusing his time on since he was fired more than two years ago.

“What I am trying to do now with my time is be useful especially to young people, particularly at the university level,” He said. “I want to encourage them how much we have in common and the people who tell you that we are irreparably polarized are lying to you…”

Comey spent some time explaining his action in regarding the 2016 election and his decision to re-open an investigation into Hilary Clinton while not revealing the probe into the Trump campaign.

Some in crowd were not so satisfied with his explanation.

Comey, however says he would not have acted differently had he done it all over again.

“I knew that that decision was going to bring tremendous criticism,” he said. “First of all, it would be really devastating to me personally, but bring criticism to the institution that I led…and you can’t consider that.”