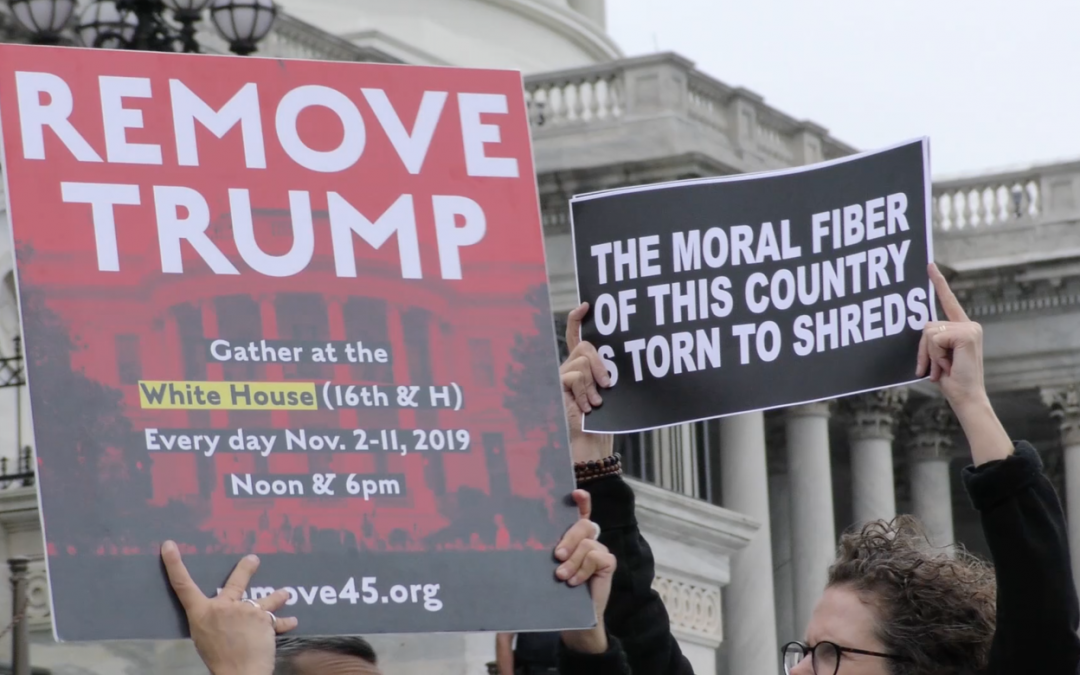 Two protesters were outside the Capitol demanding the removal of President Donald Trump while the House was taking a vote on impeachment resolution. (HyoJung Kim / MNS)

WASHINGTON – Illinois Democrats in the House unanimously voted in favor of the impeach inquiry resolution against President Donald Trump on Thursday, pushing the investigation into Trump’s controversial phone call with the president of Ukraine to the next phase of public hearings.

The Democrats from Illinois emphasized that no one is above the Constitution.

“We will continue with the investigation relative to whether or not the president should be impeached,” Rep. Danny K. Davis said.

The president used “his power to help himself to get elected,” which is “absolutely forbidden by our constitution and it’s explicitly stated,” said Rep. Jan Schakowsky. “I assert the authority of Congress to protect our Constitution.”

“We as Democrats have an obligation now to defend the constitution of the U.S.,” she said. “The president seems to think he can do anything… We have seen him asking foreign nations to help him in his election.”

Davis said Illinois voters are aware of the president violating rules in the past. “He (the president) violated the rules of his office,” Davis said. “Based upon all of the activities combined, there is a big sentiment for the impeachment of the president in the district that I represent.”