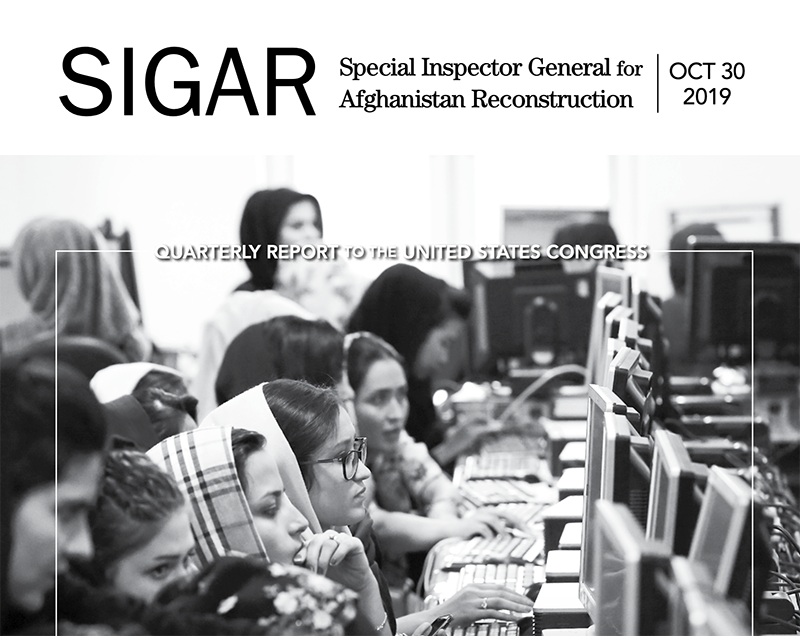 WASHINGTON—The number of civilian casualties in Afghanistan in the third quarter of this year hit a record high of 4,313 – a 42% increase from the same period last year, the Special Inspector General for Afghanistan Reconstruction office says. Experts suggested the hike in deaths may be tied to the possibility of peace talks between the U.S. and the Taliban.

“The depressing thing is as we get closer to peace process, there is actually going to be more intensified conflict,” Michael Kugelman, an Afghanistan expert at the Wilson Center said. He added that the U.S. and the Taliban are “trying to weaken the other side in a way that it would be willing to make concessions at the negotiating table.”

The U.S. has also reportedly intensified its attacks against militants in Afghanistan after the recent collapse of peace talks with the Taliban. The Bureau of Investigative Journalism, a London based nonprofit, has recorded 5,364 air strikes by the U.S. in Afghanistan in 2019.

The 4,313 civilian casualties were not the only ones hitting record numbers. The SIGAR report highlights that seven American service members were killed between July 16 to October 16, bring the 2019 total U.S. military casualties to 17 killed in action and 124 wounded, “the highest annual number of U.S. combat casualties in Afghanistan in the last five years,” the SIGAR report said.

The SIGAR report “is not an assessment of the president’s South Asia Strategy…or the U.S. counterterrorism mission,” Defense Department spokesman Lt. Col. Thomas Campbell said. “We conduct all operations in compliance with the law of war, and take extraordinary measures to mitigate the risk of civilian casualties.”

U.S. forces have come under scrutiny previously. The United Nations Assistance Mission to Afghanistan reported on May 5 that U.S. and U.S.-backed forces were responsible for more civilian deaths than the Taliban. However, a revised report released on October 17 said that “contrary to the first half year of 2019”, anti-government elements were responsible for “the majority of civilian casualties in Afghanistan.” The UNAMA reported 8,239 civilian deaths in Afghanistan for the first nine months of 2019.

The Pentagon is set to release its semiannual report to Congress on Afghanistan in December.