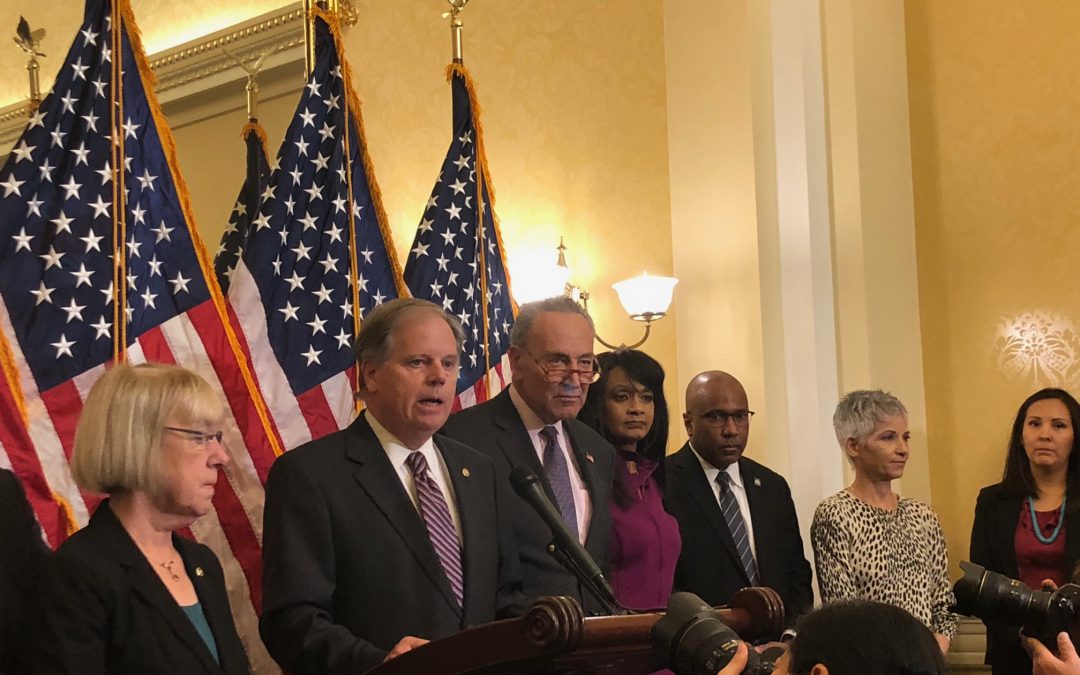 WASHINGTON – Maryland’s four historically black colleges and universities could face layoffs, expired contracts and programming issues if the federal funding for HBCUs nationwide is not renewed for at least two years, the state’s two U.S. senators warned Wednesday at a news conference.

“Bottom line here is this should not be controversial,” said Maryland Sen. Chris Van Hollen. “Why are we holding it up? No senators should be substituting his or her judgment about the negative impact this is having right now.”

Around 20,000 students attend Bowie State, Coppin State, Morgan State University and University of Maryland Eastern Shore. Almost 10,000 Maryland residents are employed at these HBCUs, according to a study by the United Negro College Fund. Maryland HBCUs received more than $4 million from the federal government this year.

Both Van Hollen and fellow Maryland Democrat Sen. Ben Carding pushed for Senate Majority Leader Mitch McConnell to bring a bill to a vote to secure longer-term funding — $225 million over the next two years. Currently, funding is guaranteed only through the 2019-2020 academic year.

“It means that funding decisions such as staffing or our improvements on campus or programs that require the predictability of knowing the funding is there cannot be done during this period of time,” said Cardin.

The House passed the bill to guarantee funding for two years in September. It now awaits Senate action.

Bowie State University President Aminta Breaux, speaking at the news conference in the Capitol, argued that HBCUs and other minority-serving institutions provide valuable resources to communities that face economic and systemic challenges.

“This bill is beyond just any one region. It’s about one country and producing the talent that we need,” she said.

Though HBCUs make up 3 percent of colleges and universities, they produce 27 percent of African-American students who hold bachelor’s degrees in STEM fields, according to the Department of Education. In addition, HBCUs have trained roughly 50 percent of black teachers, according to research by the University of Michigan.

Senate Minority Leader Chuck Schumer, D-N.Y., contended that the continued funding is needed so HBCUs and MSIs can continue to serve as “ladders” out of economic and social problems that members of minority groups often face.

“How dare a senator, any senator, hold these people who are waiting for these ladders hostage for some other political goal,” he said. “Even President (Donald) Trump wouldn’t dare veto it.”

Nearly three in five students at HBCUs are low-income, first-generation students and over 70 percent of students have limited financial resources, according to the American Council on Education, a group that advocates on behalf of higher education institutions.