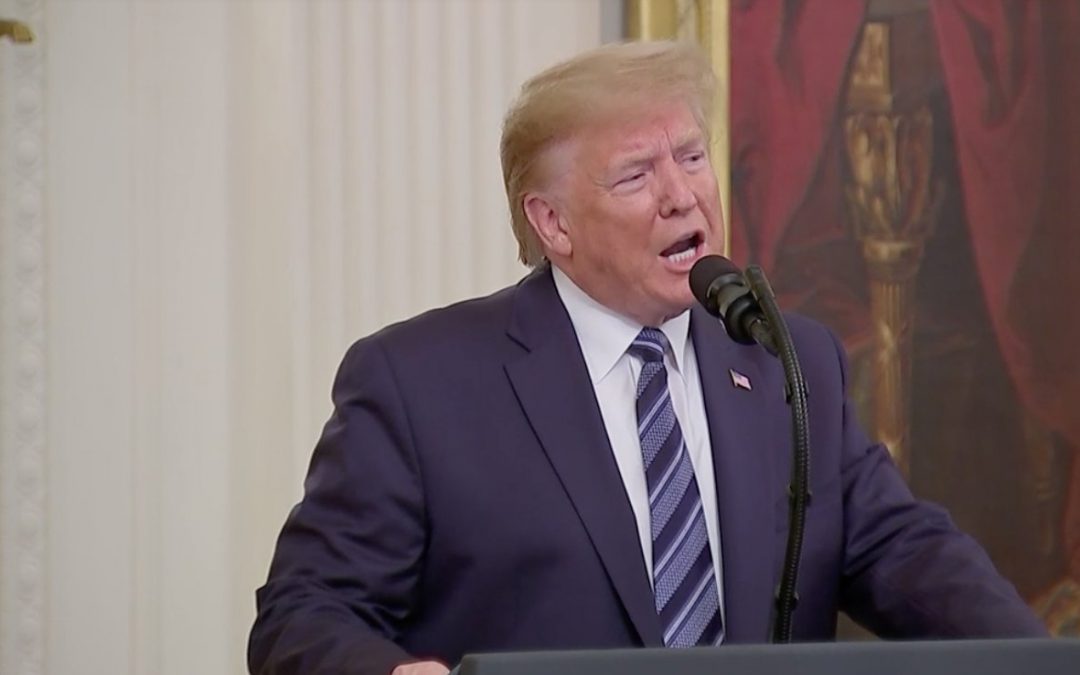 The Presidential Citizens Medal is considered the nation’s highest civilian honor after the Presidential Medal of Freedom. It was established in 1969 and recognizes those who have “performed exemplary deeds or services for his or her country or fellow citizens.”

Rescorla is credited with helping to save 2,700 people during the terror attacks on the Twin Towers. He told everyone to ignore the PA system that was urging them to remain at their desks, instead directing people down the stairs. The South Tower collapsed while he was still inside.

“Today we come together to pay tribute to a fallen hero who devoted his life to defending freedom and who made the supreme sacrifice to save others,” Trump said at the White House ceremony.

Rescorla was born in Cornwall, England, in 1939 and served in the British army in Cyprus. At the age of 24, he moved to the United States and enlisted in the Army. He was deployed to Vietnam as a platoon leader and left active duty in 1967.

The veteran later worked as a private security contractor and became head of security for Morgan Stanley in the company’s offices in the World Trade Center.

“Our debt to [Rick and his family] is beyond measure,” Trump said. “We can never reverse the horrors of that day. We can never replace the precious lives we lost. On behalf of our entire nation, I pledge that we will forever and always remember this incredible American hero.”

Rescorla’s wife, Susan, spoke briefly at the ceremony, thanking Trump and remembering her first date with her deceased husband.

“He said to me: ‘When I was a very young man, I declared what I wanted to be, and I knew that if I stayed on that path at the end of my life I would have done the very best I could’,” she said. “And that’s exactly what he did.”

The veteran also received two Bronze Stars, a Silver Star, the Purple Heart and the Vietnamese Cross of Gallantry for his service.