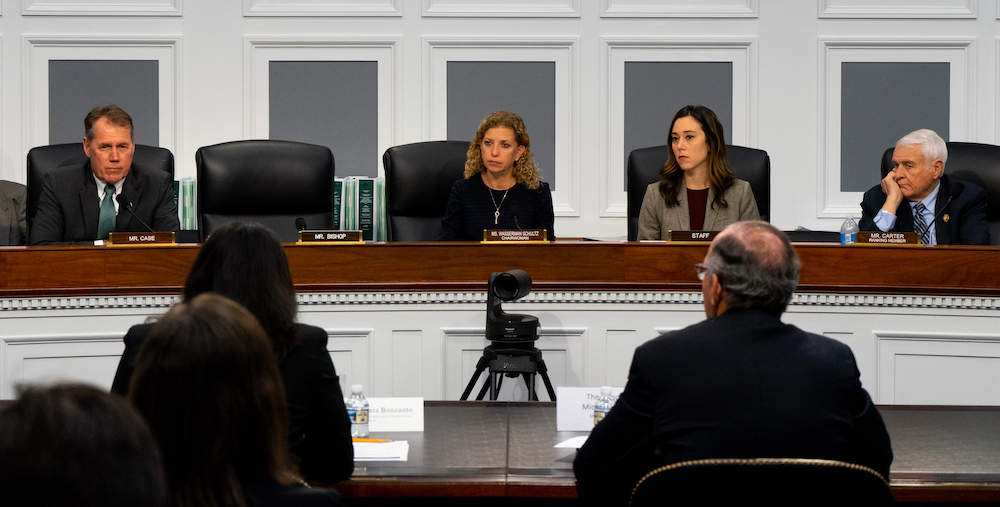 WASHINGTON – An office meant to protect whistleblowers within the Department of Veterans Affairs was weaponized against them and promoted a culture of fear within the massive federal agency, lawmakers said Thursday during a House Appropriations subcommittee hearing.

This was the second such hearing in recent weeks, following an Oct. 30 report released by the VA Office of the Inspector General that outlined numerous failures by the VA to protect whistleblowers and effectively train staff.

Veterans subcommittee Chairwoman Rep. Debbie Wasserman Schultz, D-Fla., said she was shocked by the inspector general’s report that made clear that the VA’s Office for Accountability and Whistleblower Protection had “failed on all counts to protect whistleblowers,” and had “actively retaliated against them.”

The report found that the Office for Accountability and Whistleblower Protection had acted in ways “inconsistent with its statutory authority while it simultaneously floundered in its mission to protect whistleblowers.” It also said that the office’s leadership made avoidable mistakes in hiring, training staff and in creating a healthy culture within the office.

“Our report highlights significant failings by former leaders of the OAWP that have had a chilling effect on complainants still being felt today,” VA Inspector General Michael Missal said at Thursday’s hearing.

Missal also stressed the need for VA employees and veterans who identify misconduct to feel protected when coming forward with complaints. His office has suggested 22 initial fixes to address the OAWP’s myriad issues, some of which are being implemented.

Congress created the office in 2017 to enhance protections for VA whistleblowers after Donald Trump as a presidential candidate promised to overhaul the VA after massive problems were uncovered concerning the length of time veterans had to wait for care at VA hospitals, sometimes up to two months.

VA Assistant Secretary Tamara Bonzanto, who oversees the OAWP, told the subcommittee that she is working to implement the suggestions laid out in the OIG report.

Bonzanto said that she has established small investigative teams and a new investigative leadership group, and an outside quality control team to review investigations of whistleblower complaints. She also now personally reviews all recommendations for disciplinary action.

“I recognize that to send us information, whistleblowers have to trust that their personal details will be safe with my office, and we are working toward gaining that trust,” said Bonzanto.

Rep. John Carter, R-Texas, stressed the importance of a strong working relationship between Missal and Bonzanto in his closing remarks.

“I want this to be more like a partnership than going to the principal’s office,” he said. “Work as a team because you’re way behind the eight-ball right now. This is about people trusting that the VA will protect them.”