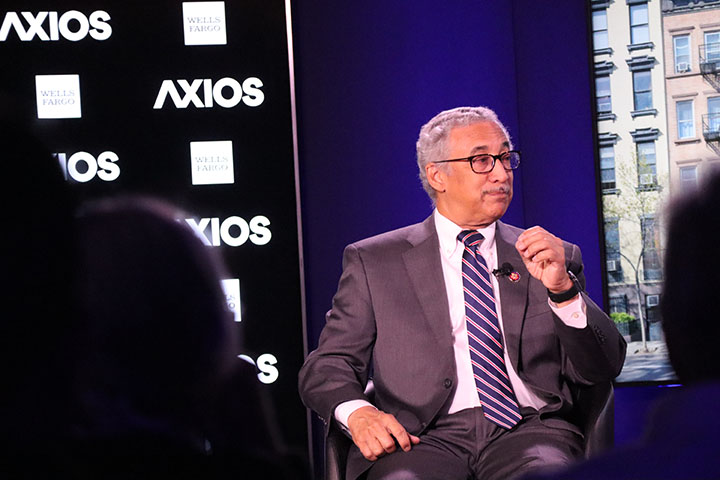 “Student debt is a major problem,” he said at a conference sponsored by Axios. “You can’t sell a house to a young person because they already have a mortgage (in the form of student loans). It’s a financial burden that is life-altering.”

Scott, a Virginia Democrat, is trying to pass a bill that seeks to “immediately lower the cost of college for families while ensuring that all students graduate on time.”

It would increase the maximum Pell grant award amount of $6,195 for each low-income student by $500 a year, increase high school classes accepted for college credit and early college programs in high school. Scott also said the measure would promote federal-state partnerships by awarding federal funds to state schools that provide free tuition to attend community colleges.

“Student loans were virtually unheard of 40 or 50 years ago,” Scott said. “We have to make college more affordable…having an educated workforce will affect our ability to be economically competitive.”

He said many business owners in his district, which is largely centered around the shipbuilding industry, say they suffer from a lack of qualified workers.

“They’re telling me their profits are only limited by the number of workers they can hire,” he said. “It keeps them from growing and expanding the way they need to.”

In a letter addressed to Scott and North Carolina Rep. Virginia Foxx, the top Republican on the Education and Labor Committee, the American Council on Education President Ted Mitchell voiced concerns about the bill’s proposed changes to federal accreditation standards and reporting requirements for colleges.

“We are particularly concerned that areas of the bill rely in part on intrusive, complicated or burdensome processes that will undercut the bill’s primary goal to make higher education more affordable and undermine many of the other worthy goals of the legislation,” Mitchell wrote in the letter.

The bill was approved by the committee and now is awaiting action by the full House. Scott’s legislation is more modest than progressive proposals like tuition-free public college or the cancellation of all student debt.