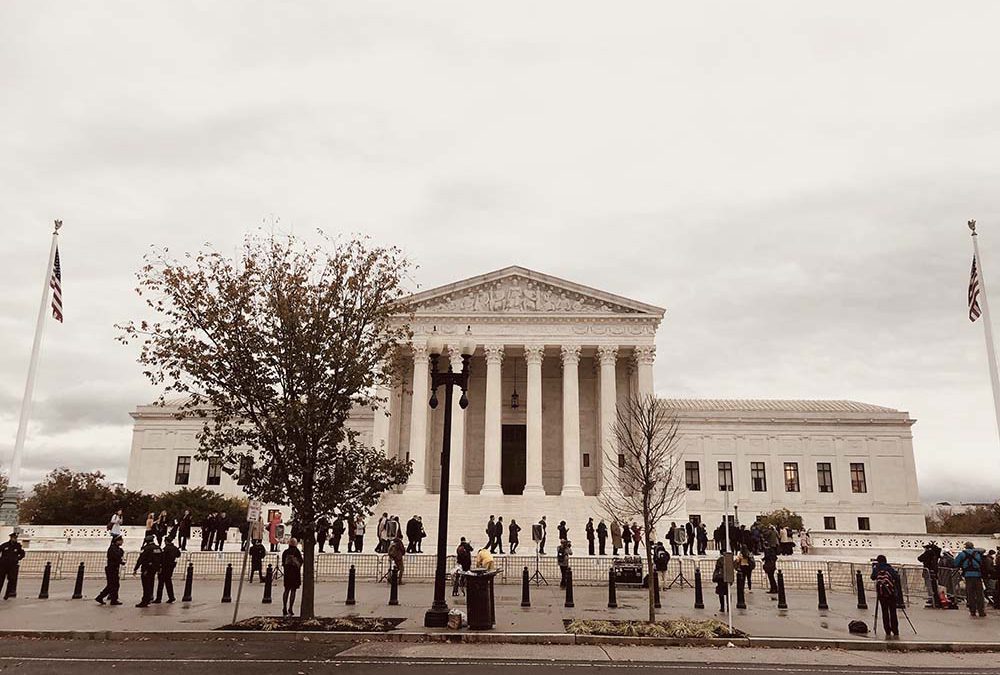 Washington — Supreme Court justices appeared to struggle with whether or not the actions behind the 2013 Bridgegate scandal constituted a federal crime during oral arguments Tuesday.

On the first day of school in September 2013, two local lanes connecting Fort Lee, N.J. to the George Washington bridge were closed, causing heavy travel delays for emergency vehicles as well as commuters and school buses. Moreover, the traffic jam kept emergency responders from at least four medical situations in Fort Lee, among them a 91-year-old woman who later died.

Leaked communications between Bridget Anne Kelly, the deputy chief of staff for then Governor Chris Christie, William Baroni, the deputy of the Port Authority, and David Wildstein, chief of staff to Baroni, appeared to reveal that the lane closures were an act of political retribution against the Mayor of Fort Lee, who had declined to endorse Governor Christie for reelection.

“Time for some traffic problems in Fort Lee,” said Kelly in an email correspondence with Baroni and Wildstein. Other correspondence revealed that a false traffic study was conducted to provide cover for the lane closures.

A jury found Kelly and Baroni guilty of fraud and conspiracy in 2016.

Attorneys for Kelly and Baroni argued that their actions did not meet the standards for federal fraud.

“We don’t want public officials acting for personal reasons. We don’t want them acting necessarily for partisan or political reasons,” said Jacob M. Roth, attorney for Kelly. “But what I’m saying is the remedy for that is not the federal property fraud statutes.”

Michael Levy, attorney for Baroni, elaborated on Roth’s argument, highlighting that Baroni’s position in the Port Authority did not implicate him either.

“A public official who is acting politically and not for personal gain does not commit fraud by lying about his reason for an official decision if the decision was generally within his authority,” said Levy.

The Federal Government, which was represented by Eric J. Feign, deputy solicitor general, maintained that because Kelly and Baroni committed fraud “by telling a lie to take control over the physical access lanes to the George Washington Bridge and the employee resources necessary to realign them.”

Justices from both sides of the aisle were skeptical of the prosecution’s case.

“Isn’t it often the case that someone who has the authority to do something lies about their reason for doing it?” Justice Samuel Alito said.

“I mean, the government is filled with rules,” he said. “And there are numerous instances where a person might say something untrue about something related to a rule that gives him authority for that.

After the conclusion of oral arguments, Kelly spoke to reporters on the court steps.

“This past week has marked six years since my world was turned upside down,” said Kelly, who went on to discuss what it was like to see former Governor Chris Christie in the audience.

“I hope he had a harder time seeing me than I did seeing him,” she said.

The court is expected to deliver a decision in June.