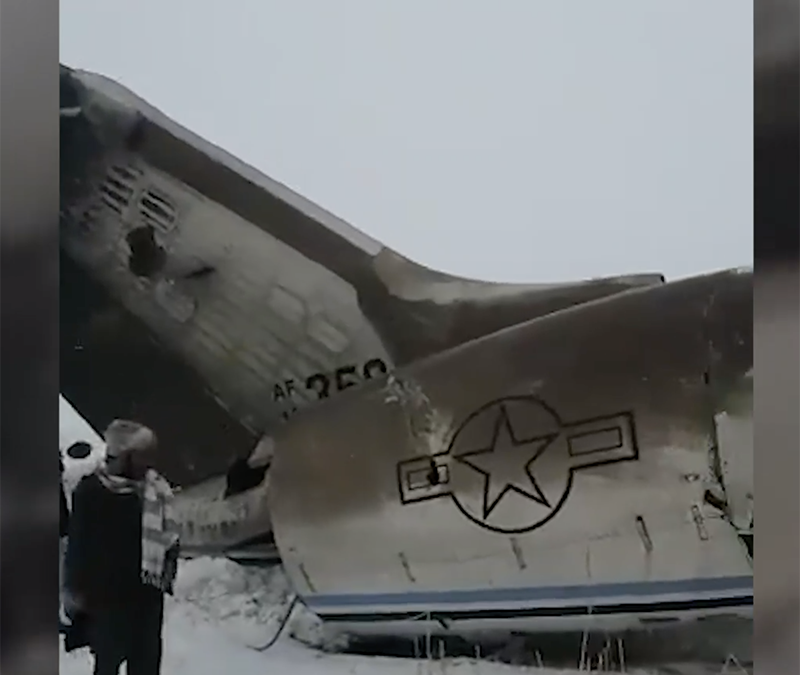 WASHINGTON | U.S. forces recovered the remains of two Airmen from the site where a U.S. aircraft crashed on Monday, according to U.S. Forces spokesman Col. Sonny Leggett in a statement issued on Tuesday.

Leggett added that the remains, found near the crash site, were “treated with dignity and respect by the local Afghan community.”

Monday morning was clouded with confusion as conflicting reports of an aircraft crash in the Taliban controlled province of Ghazni in Afghanistan made the rounds.

It began when the spokesman for the provincial governor’s office in Ghazni, Arif Noori, said that a passenger plane belonging to the Afghan national carrier, Ariana Afghan Airline, had crashed. “A Boeing plane belonging to the Ariana Afghan Airline, has crashed in the Sado Khel area of Deh Yak district of Ghazni province around 1:10 p.m. local time,” Noori said.

This claim was quickly refuted by the Ariana Afghan Airline, which said that reports of an Ariana Airline crash were false and that their flights have safely made it to their respective destinations.

Then, videos and images of what looked like a downed USAF aircraft — a Bombardier E-11A — appeared on social media. CENTCOM confirmed that they were “aware of the reports of a U.S. aircraft crash in Afghanistan” and were monitoring the situation.

Soon, a statement from the U.S. Forces spokesman confirmed it, “A USAF Bombardier E-11A crashed today in Ghazni province of Afghanistan.” The Bombardier E-11A, an electronic surveillance aircraft, had crashed in the Deh Yak province of Ghazni, a particularly volatile region.

Tariq Ghazniwal, a local journalist and Taliban spokesman, shared a video of the aircraft crash on Twitter. USAF detailing could be spotted on the tail of the aircraft.

In a conversation on Twitter, Ghazniwal said that the U.S. military was about 10kms away from the spot of the crash. This information could not be independently verified.

The cause of the crash continues to be under investigation. However, the statement issued by the U.S Forces on Tuesday reiterated that “there are no indications the crash was caused by enemy fire.”

A Taliban spokesman, Zabihulla Mujahid, also described the incident as a crash.

The U.S. Forces have also recovered the aircraft flight data recorder, which will aid investigators as they search for a cause of the crash.