As U.S.-Taliban near an agreement, fate of intra-Afghan talks remains unclear 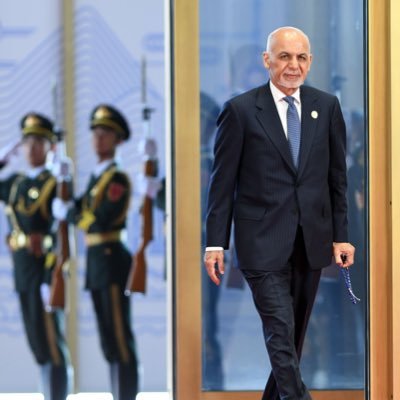 WASHINGTON– With a possible signing of the U.S.-Taliban peace deal in the works, the disputed results of the recent Afghan election could complicate the ability of government representatives to negotiate with the Taliban, experts on the long U.S. involvement in Afghanistan say.

After weeks of discussions, the United States has reached an “understanding” with the Taliban, negotiating a “significant, nationwide reduction in violence.” The week of reduced violence in the region will begin Friday midnight, officials said.

“Upon a successful implementation of this understanding, signing of the U.S.-Taliban agreement is expected to move forward,” Secretary of State Michael Pompeo said in a statement. “We are preparing for the signing to take place on February 29.”

A key part of any peace deal, however, would be talks between the Taliban and the elected Afghan government, which Pompeo said would start after the signing of any deal between the United States and the Taliban.
“Getting the intra Afghan talks successfully off the ground is an enormous mountain to climb,” Marvin Weinbaum, an analyst at the Middle East Institute, said.

The Taliban has maintained that it would only participate in intra-Afghan talks after the completion of a deal with the United States. The Taliban has never recognized the legitimacy of neither the Afghan government nor President Ashraf Ghani, who was acknowledged Tuesday as the winner of the presidential elections conducted last September.

Neither the Taliban nor Ghani’s political opponents are happy with the result.

“The Muslim Afghan nation shall make decisions about their domestic affairs and chart their own political course following the end of occupation,” Taliban spokesman Zabihullah Mujahid said in a statement
Abdullah Abdullah, Afghanistan’s chief executive and Ghani’s main opponent in the last election, dismissed the result and said he would “form an inclusive government.”

“The election results could spell trouble for Afghanistan at the worst possible time: A moment when it’s closer than ever before to launching a peace process to end a rapidly intensifying war,” said Michael Kugelman, an expert at The Wilson Center, a liberal think tank.

While the internal divisions won’t affect the bilateral U.S.-Taliban talks, future efforts to “launch an intra-Afghan dialogue could be set back if not ruled out, because of a serious crisis that divides the political class and even in a worst-case scenario risks some form of civil war,” Kugelman said.

The last time the United States was this close to signing a peace deal with the Taliban was last September. However, after the Taliban bombing of Kabul, which resulted in the death of a U.S. service member and 11 others, President Trump called off the deal.

At the time, the Taliban said that since no cease fire had been announced they didn’t believe they were violating any agreements with the United States.

However, in the recent negotiations, the insurgent group has said that “both parties will create a suitable security situation in advance of agreement signing date.”