South Carolina primary provided a mid-election opportunity to engage younger voters, but is it enough? 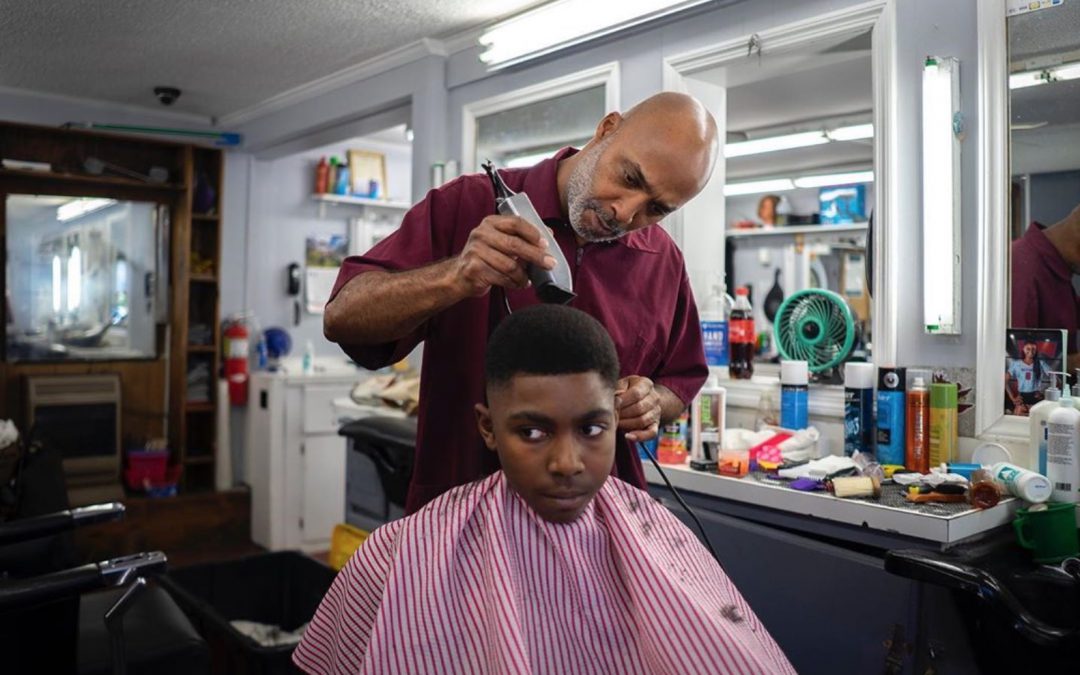 Donald Riley cuts the hair of customer at Outings Barber Shop, a staple in Columbia since 1958. (Joe Snell/MNS)

For Cam Smith, a student at the University of South Carolina, voting in the 2020 democratic primary is more than a chance to pick the next democratic presidential candidate. Growing up in a political engaged household, it’s an action that has been a long time coming.

“Sometimes if I didn’t even go to vote, it was just a fact that my mom had the sticker,” he said. “Just seeing everybody vote and talking about the elections, I feel like that put a big imprint on my young mind at the time.”

Historically, young people do not make it to the ballot box in the same numbers as their older counterparts. In 2016, almost three quarters of eligible voters 65 and older in the US went to the polls, compared to less than half of 18–29 year-olds, according to US census bureau data.

Smith contends that he was motivated to vote in the 2018 midterms after the election of Donald Trump, and because he believes it is important to vote in every election, despite the momentary political fanfare of the South Carolina primary.

“Local elections at times can be way more important than the federal elections,“ Smith said. “..the local changes that you make when it comes to picking the mayor, police, sheriff, et cetera, that’s where the change really happens.”

Derek Pugh, a professor at Benedict College, a historically black college in Columbia, claims that a lot of young people in South Carolina are not as civically engaged as they were when he was growing up.

“I had a few kids that were in my class maybe last semester and, as we were talking, I found out that they were 21 years old and never registered a vote,” he said. “I looked at them, [and said] don’t come back to my class until you have a voter’s registration form filled out.”

South Carolina is not one of the 21 states plus the District of Columbia have same day registration (SDR), but does offer in person absentee voting.

For many low-income and minority voters, Abby Kiesa, director at the Center for Information & Research on Civic Learning and Engagement at Tufts University, contends that while obstacles to voting may not look like the same methods of the past, the lack of transportation to the polls, register to vote, and information about absentee and early voting still pose detrimental challenges.

In South Carolina, Derek Pugh says that many churches and other community groups step in to fill help get voters to the polls, from providing voter registration information, to supplying rides to the polls for the elderly.

“There are things that so many stakeholders can do to comprehensively include more and more diverse young people in elections and voting than we are right now,” said Kiesa. “This is an issue that requires a lot of people to be involved because the challenges to voting, um, are many for young people and they’re not all the same for various young people.”

Despite voting challenges and obstacles, Smith is optimistic that his generation, can eventually change things for his state, beginning with the upcoming primary.

“I don’t think anybody thought it was going to elect Barack Obama in 2008 and him being the first African-American president after having 43 white presidents,” recalls Smith. “So, I just think you just gotta be patient on some things like that. South Carolina has been red for a very long time, but as we get more diverse as a country, as a state, it’ll show.”