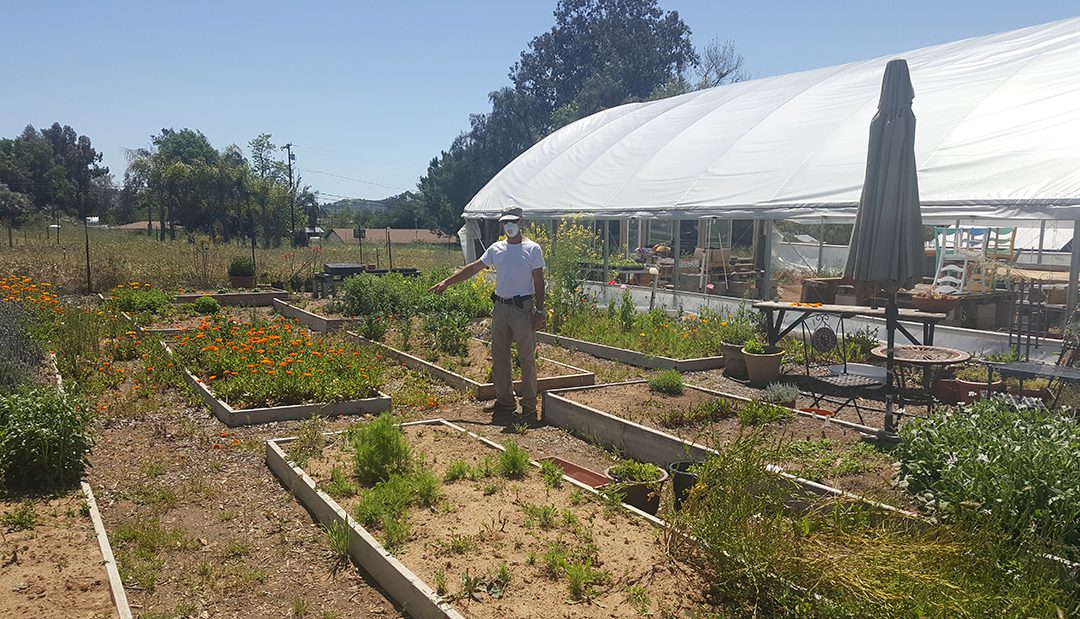 San Diego County farmers who grow cut flowers and ornamental plants have seen their sales decline, while other farmers who sell produce are taking less of a hit.

Agriculture in the county is a $1.8 billion industry, according to Hannah Gbeh, executive director of the San Diego County Farm Bureau. The top ten crops in 2018 included products like ornamental trees and shrubs, flowers, avocados and lemons, according to a county report.

Gbeh said sales for cut flowers have dropped dramatically — by as much as 90% for one grower — because weddings and special events were called off. The county’s flower products, which include both cut flowers and outdoor flowering plants, brought in about $67.9 million in 2018.

Gbeh said the county has a lot of people who grow specialty foods like guavas and cherimoyas. Since specialty produce can cost more, demand for those foods has decreased as many consumers are cutting back on spending.

Daniel Sumner, a professor of agricultural and resource economics at the University of California, Davis, said people are “hunkered down” in terms of income and spending. He said high-end vegetables are attractive to people who are well-off, but now many people are having to be frugal, so expensive products are less popular than they were before the pandemic. However, people will continue to eat standard produce.

Strawberry growers who sell to large businesses like Driscoll’s are doing fine, Sumner said. “Strawberries in particular have become just a standard staple here in America,” he explained.

However, cut flower growers are in trouble because events like wedding receptions are not taking place and because consumers are having to be economical, according to Sumner.

Gbeh surveyed San Diego County Farm Bureau members in March. Of the 29 survey respondents, 31% had stopped their operations. The survey also found that 62% of the respondents had decreased their workforce. Gbeh said she has fielded questions from members wanting to know what resources are available and how they can weather the crisis.

Noel Stehly, owner of Stehly Farms Organics in Valley Center, said his farm has lost all but one of its customers in the restaurant industry. The farm, which grows vegetables, avocados, citrus and berries, has made up the loss through an increase in sales of produce boxes to consumers. He said people can order a box of produce from his farm and retrieve it at a pick-up location.

Despite the cancellation of two strawberry festivals, Stehly said his farm has been able to make as much profit as it normally makes.

Joe Zenovic, owner of San Diego Organic Farms in Ramona, is renovating his fields — a procedure he carries out every five years — so he is not currently selling produce. But he said the farm has received a lot of requests for produce.

“We’ve had an awful lot of people from all over San Diego County looking for fresh produce,” he said.

When it’s open, the farm sells fruits and vegetables at a farm stand and sometimes farmers markets. Zenovic said the renovations will be completed by the end of May. He’s already taking orders from customers.