Stacey Abrams advocates for vote-by-mail ahead of presidential election 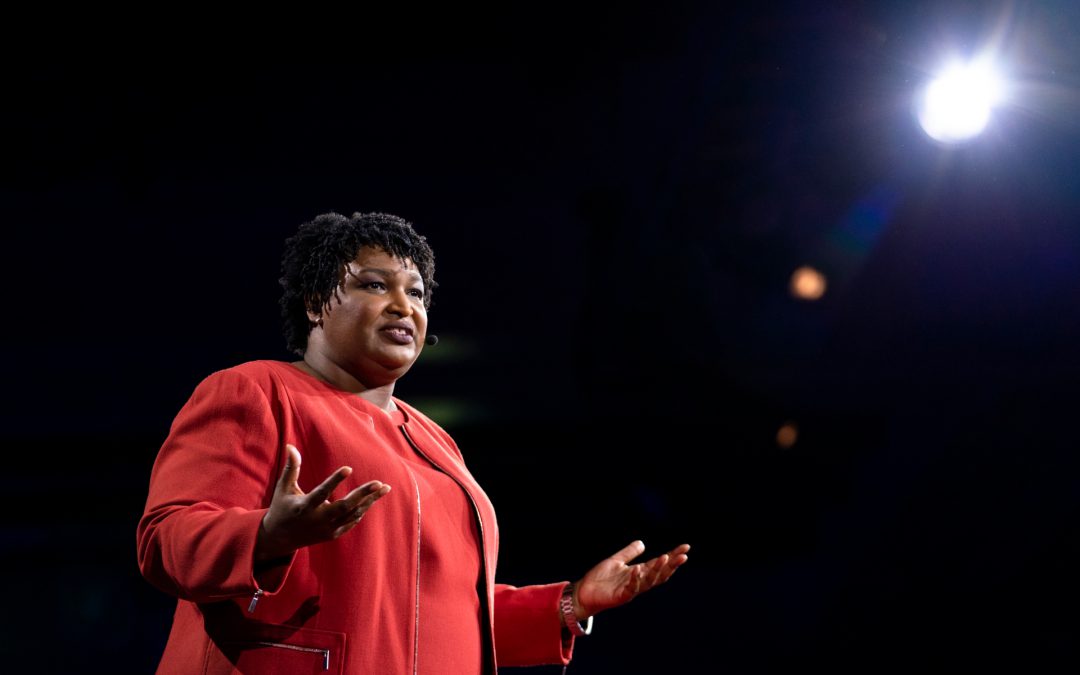 Potential vice presidential candidate Stacey Abrams said Wednesday that the federal government needs to do more to ensure all Americans can vote safely, in November. (Photo by Marla Aufmuth / TED)

Georgia voting rights activist Stacey Abrams and Michigan’s top election official said Wednesday that the federal government must provide support to states to protect voters from COVID-19 and ensure all Americans can vote by mail in the November election.

“The solution to promote both public health and participation in our democracy is to expand access to vote-by-mail to establish uniform guidelines for 2020 so that where we live in our country will not diminish our right to participate in November’s elections,” Abrams testified at a hearing of the House judiciary’s Subcommittee on the Constitution, Civil Rights and Civil Liberties.

Abrams lost a bid for governor of Georgia in 2018 amid a controversy over voter purges.

She pointed to Wisconsin’s April 7 primary election — which resulted in the spread of at least 71 cases of COVID-19 — as an example of what she does not want to happen in November.

“The challenge is clear and uncontroverted,” Abrams said. “Crowded polling places pose a risk for voters and for the brave poll workers who risked their lives to help our democracy function during this pandemic. Our first obligation is to reduce the number of voters who will cast their ballots in person on election day through national access to vote-by-mail.”

“Democracy can and will survive this pandemic,” Benson said. “But we need your ongoing help. We need all of us, working together across party lines, and investment and support to ensure that it does.”

Benson added that “voters need clear choices on how to vote this year” and that “states need clear guidance and support” from the federal government to provide alternative voting methods.

Abrams said all 50 states have the capacity to offer vote-by-mail in November. But a change of heart from some Republicans and additional financial support are needed to make it happen.

Rep. Mike Johnson of Louisiana, the top Republican on the subcommittee, said at the hearing that he is “concerned that the changes proposed by the majority will result in our nation conducting elections only by mail and ballot harvesting being legalized nationwide.”

Johnson added that while he is concerned about the pandemic, “now is not the time to upend this nation’s election system, there’s too much at risk.”

“We should be discussing how to vote in person and to do it safely in light of the new circumstance,” Johnson said.

“There is NO WAY (ZERO!) that Mail-In Ballots will be anything less than substantially fraudulent,” Trump wrote in a tweet in late May. “Mail boxes will be robbed, ballots will be forged & even illegally printed out & fraudulently signed.”

Trump’s attacks against vote-by-mail have targeted mostly Democrat-run states, such as California and Michigan. However, perhaps the most high-profile case of vote-by-mail fraud in recent years was carried out by a Republican operative in North Carolina, who collected and sometimes completed absentee ballots in 2018.

In late April, Washington Secretary of State Kim Wyman, a Republican, told reporters that vote-by-mail “balances out … good security with really wide access for our voters.” Washington state conducts all of its elections by mail.

“Out of the 3.2 million or so ballots that were cast in 2018 in Washington, it appears that about 140 people may have voted more than once or voted … on behalf of a deceased family member,” Wyman said in April. “Is it perfect? No. Is it rampant fraud? No.”

Dale Ho, director of the American Civil Liberties Union’s voting rights project, said at the hearing Wednesday that the coronavirus pandemic presents the biggest logistical challenge to a presidential election since the Civil War in 1864.

“States can adjust now to protect every American’s right to vote safely during the pandemic,” Ho said, adding that Tennessee, Louisiana, Texas, Mississippi and Missouri are the only remaining states that will not let all voters vote absentee during the pandemic.

“Your elected representatives are either for our democracy or against,” said House judiciary committee Chairman Jerrold Nadler, D-N.Y. “We do not deserve that title if we deny you the right to cast your ballot in November or if we force you to choose between exercising that right and protecting your own health.”