Romney calls for U.S. to ‘take action collectively’ with other nations against China 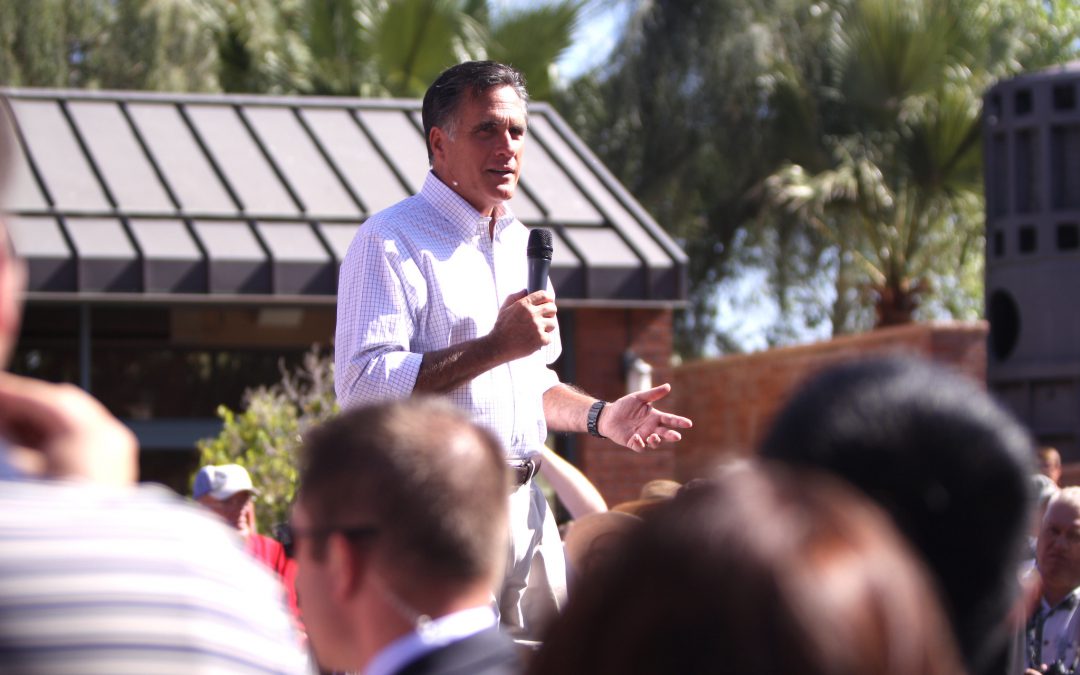 Mitt Romney speaks to supporters at a rally in Tempe, Arizona, during his 2012 presidential campaign. [Gage Skidmore | Flickr]

Sen. Mitt Romney is calling for the U.S. to lead a coalition of countries that embrace fair trade to push China to stop its predatory pricing and theft of intellectual property.

“There’s no other nation that can provide the leadership that’s necessary to develop a global approach to China’s ambition, and to tell them that ambition cannot be realized in the way you’re pursuing it,” the Utah Republican said Tuesday during a Center for Strategic and International Studies webinar. “We have to be the nation that does that. We have not done that today.”

“I believe China can be dissuaded from the course they’re on,” Romney said. “But if we don’t take action collectively, then they will continue down that pathway until the point when it’s too late for us to get them to take a different course.”

China’s economy will be “a lot larger” than that of the U.S. because its population is three times larger, the former GOP presidential nominee said. To keep up with China economically and maintain a deterrence, Romney called on the winner of the 2020 election to coordinate a common economic strategy with other countries to force China to “play by the same rules.”

He slammed the Trump administration for escalating trade tensions with Europe, Canada and Mexico, saying the U.S. should reduce trade barriers with as many allies as possible.

“Saying ‘America First’ and distancing ourselves from our allies and friends, in my opinion, is not the right way to create that kind of coalition,” Romney said.

During Trump’s presidency, the U.S. has withdrawn from Trans-Pacific Partnership, a free-trade pact with 11 other nations including Canada, Mexico, Japan and Australia, and his administration imposed tariffs on steel and aluminum imported from top allies.

For technologies that are key to the national defense like 5G, Romney said countries that follow fair trade practices should not buy products from countries that “had military designs against the West.” The U.K. recently announced a ban on Chinese telecom giant Huawei, a move that follows U.S. restrictions on Huawei.

China’s consulate in Houston was ordered shut on Wednesday, pointing to further escalation in U.S.-Chinese tensions. Another Republican senator, Florida’s Marco Rubio, tweeted that the consulate is “a massive spy center” and “forcing it to close is long overdue.” The Dow Jones Industrial Average opened in the red on Wednesday amid the rising tensions, but the gauge for blue-chip stocks was recently trading slightly higher for the session.