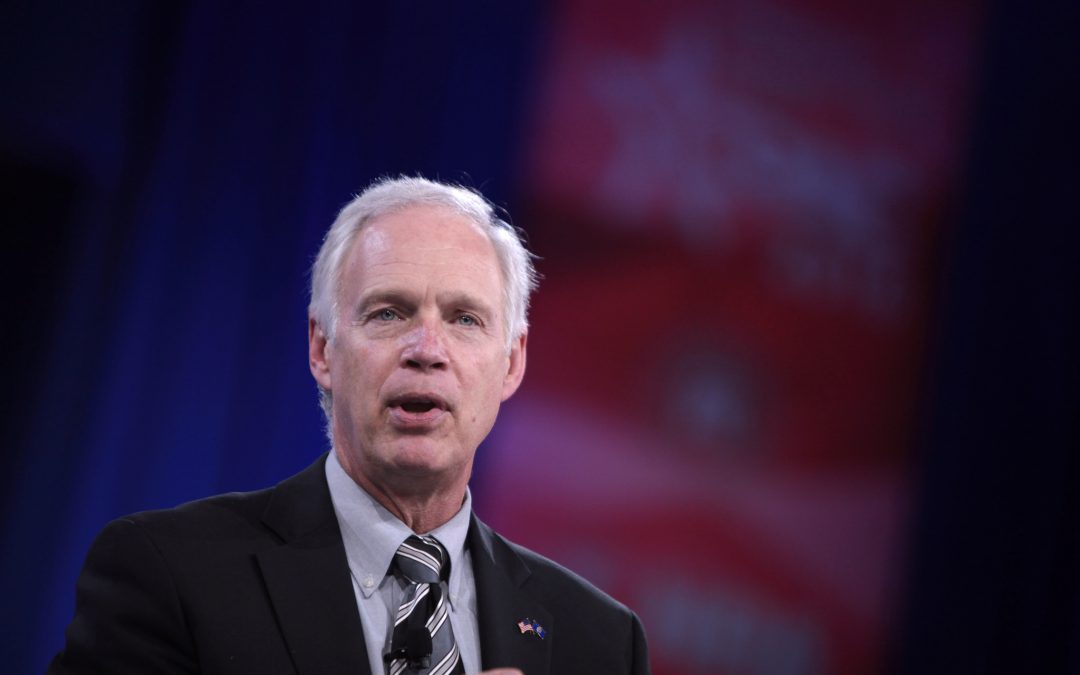 Johnson, who is chairman of the Senate Homeland Security and Governmental Affairs Committee, has drawn criticism from Democrats and foreign policy experts for what they see as an attempt to smear Biden as he challenges Republican President Donald Trump.

And while the committee prepares to release an interim report on its findings next month, a nonpartisan watchdog has given Johnson, R-Oshkosh, failing marks for his committee’s workload for the second consecutive year.

Friday’s release from the office of the director of national intelligence William Evanina specifically called out Russia for using Andriy Derkach, a pro-Russia Ukrainian lawmaker, to spread claims of corruption to hurt Biden’s presidential campaign. Derkach has reportedly been in communication with Johnson’s office as part of the Biden investigation.

Johnson launched the Biden investigation in March to probe a series of events that began in 2014, during the transition process under the outgoing Obama administration and while Biden was vice president and tasked with overseeing American policy toward Ukraine. Many of the details were discussed at length during Trump’s impeachment investigation and trial.

Biden has maintained he was attempting to root out corruption in the Ukrainian government and was urging the removal of Ukraine’s prosecutor, Viktor Shokin, a goal shared by the U.S. State Department and international allies. At the time, Shokin had an open investigation into Burisma, a Ukrainian natural gas company. Hunter Biden, the vice president’s son, sat on Burisma’s board.

Since the announcement of his investigation in March, Democratic congressional colleagues of Johnson’s have raised concerns that it could serve as a breeding ground for Russian interference, while also questioning the senator’s motives for conducting the investigation during a presidential election year.

Democrats took a formal step in raising the alarm on Johnson’s investigation by publicly releasing a letter to the FBI, voicing serious concerns over members of Congress being targeted by foreign powers, such as Russia. According to multiple news media reports, Johnson’s investigation was among the Democrats’ concerns as a vehicle for foreign influence campaigns to damage Biden ahead of the November general election.

In a statement to Politico, Derkach said he had sent Johnson, among other GOP lawmakers, information on Biden. However, Johnson denied receiving or using information from Ukrainian nationals in a joint statement with Sen. Chuck Grassley, R-Iowa. The senators also affirmed that during a March staff briefing the FBI advised there was, “nothing to preclude the continuation of our investigation.”

Derkach is the same Ukrainian lawmaker who met with Rudy Giuliani, the president’s personal lawyer, to discuss the release of audio recordings of phone calls between Biden and former Ukraine president Petro Poroshenko. The recordings were presumed to highlight Biden’s conflict of interest in protecting his son by pushing for the removal of Shokin.

However, the tapes failed to confirm that allegation. Instead they proved what was widely known, that Biden linked loan guarantees for Ukraine to the removal of Shokin as a matter of policy reform to end corruption.

Though Johnson denied receiving information from Derkach, he has said his investigation is considering information from a different foreign national, Andriy Telizhenko, a former Ukrainian diplomat who worked for Blue Star Strategies, a consulting firm that lobbied the Obama administration on behalf of Burisma.

Steven Pifer, a senior fellow at the Center on the U.S. and Europe at the nonpartisan Brookings Institution and a retired Foreign Service officer, serving over 25 years with the State Department focused on U.S. relations with Russia and Europe, said that by continuing to push his investigation, Johnson is trying to make a story about Biden acting inappropriately when there isn’t an apparent story to be told.

“The vice president’s effort to get Shokin fired, that was not just the vice president. That was the view of the U.S. government, the European Union, the International Monetary Fund and most Ukrainian officials,” Pifer said. “Shokin was not part of the solution on corruption. He was part of the problem.”

Though Shokin had an investigation into Burisma, the Ukrainian prosecutor failed to bring any convictions. Notably neither did his successor, Yuriy Lutsenko.

However, the owner of Burisma, Mykola Zlochevsky, faced accusations of prioritizing government contracts to companies he owned and embezzling public money. In a move that Pifer said is considered typical behavior when foreign companies want to build rapport with Western nations, Burisma appointed Hunter Biden to its board in 2014 and the Wall Street Journal estimated he was paid roughly $50,000 a month. Three years later, Cofer Black, a former CIA official and foreign policy adviser to Republican Sen. Mitt Romney’s presidential campaign, was also appointed to its board.

By 2018, when Joe Biden announced his presidential run, Hunter Biden was no longer on Burisma’s board. Black, however, is still a board member.

“This is not a serious, bipartisan investigation in the tradition of this committee, and we should not be going down this dangerous road,” Peters said. “We are the Homeland Security Committee. We have jurisdiction over election interference, and we should be working together to strengthen our national security and fight against foreign interference.”

Under Johnson’s tenure as chairman, his committee hearing activity dropped more than 50%, with policy and legislative hearings falling more than 60%, according to the Lugar Center, a nonprofit policy and research organization founded by former Indiana Republican Sen. Richard Lugar.

The Lugar Center created a Congressional Oversight Hearing Index, which grades current Senate and House committees on their performance based on the record of that committee in the previous five Congresses. It has given Johnson’s committee an “F” for two consecutive years.

“It’s clear from his past performance on the committee, and this goes back for the last two Congresses, that he has not really lived up to his responsibilities of properly overseeing the executive branch,” said Jaime Spitz, assistant policy director for bipartisan governance at the Lugar Center and part of the team managing the Congressional Oversight Hearing Index.

By definition, Johnson’s committee has the broad mandate to scrutinize government operations which includes overseeing the Department of Homeland Security, jurisdiction of the decennial U.S. Census, the National Archives and the Postal Service among other areas. Johnson, as chairman, has final say over what issues the committee takes on.

Since the announcement of the Biden investigation, the senator’s intentions have caused alarm.

“I’m very dubious of this investigation,” Pifer said. “Sen. Johnson did not conduct this investigation in 2019, not in 2018 and not in 2017. He only launched it in earnest in spring of this year … when it became obvious that Joe Biden was going to be the Democratic candidate for president.”

Johnson told The Hill he plans to release an interim report of his investigation by Sept. 15, which is more than a month later than his original timeline. The senator originally planned to release his report before the month-long congressional recess, which began Friday.