China is far behind farm purchases needed to fulfill terms of trade deal with U.S. 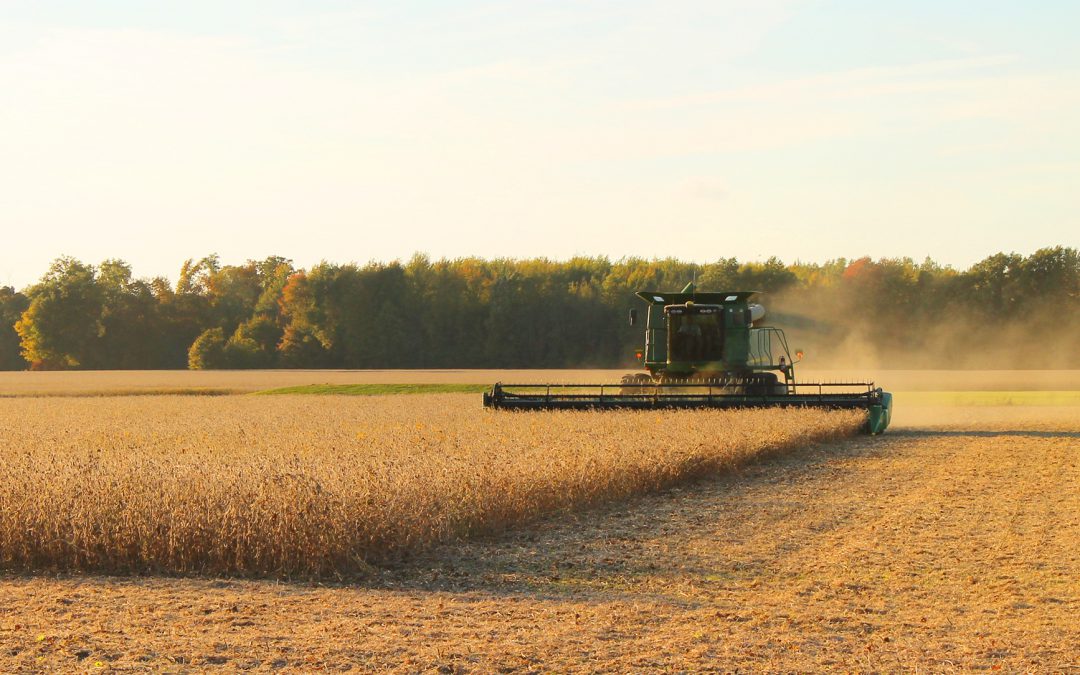 With the U.S. soybean harvest season around the corner, Chinese buyers are shifting from Brazilian soybeans to U.S. imports. [Pixabay]

China bought less than one-fourth of its promised $36.6 billion yearly U.S. agriculture import target in the first half of 2020, China customs data showed.

There is still time to meet the commitment, however, and strong demand could push China to make record-level soybean and corn purchases this year, analysts said. The U.S. government is predicting one of its biggest soybean and corn harvest seasons ahead.

Still, importing the total amount as set by the phase one trade deal appears a difficult target for China to meet, largely due to discounted competing Brazilian crops, weak commodity prices and overly confident goals.

“Fulfilling the agreement at this late stage of the year will be difficult, but not impossible,” S&P Global Platts analyst Peter Meyer said in an email. “It would appear by recent comments, that the U.S. administration has resigned itself to the possibility that the deal may not get fulfilled.”

White House economic adviser Larry Kudlow told Fox News on Thursday that the Trump administration is “satisfied” with China’s progress in meeting phase one trade agreements. China is purchasing “more agriculture commodities than we have ever seen before,” Kudlow said.

China purchased $8.7 billion U.S. agriculture goods in the first half of 2020, fulfilling only 24% of this year’s purchase commitment, according to data from China customs and Peterson Institute for International Economics.

U.S. Trade Representative Robert Lighthizer and Chinese Vice Premier Liu He had been set to review the trade deal’s implementation on Saturday during a videoconference. But news agencies, citing unnamed sources, reported Friday the talks were called off, with no firm date set for a bilateral discussion.

U.S. analysts still think the trade pact would remain intact despite the recent tensions between the two countries.

“I still think the talks are routine and should be smooth sailing because China continues to buy U.S. soybeans and other commodities,” said Terry Reilly, a senior analyst at Futures International in Chicago. “In addition, they’ve been ramping up energy imports as well.

China imported 45 million metric tons of soybeans in the first half of 2020, up 18% compared with the same period last year. But more than two-thirds of these soybeans were from Brazil, China customs data showed.

Brazilian soybeans appeared attractive to China in part due to their lower price. Soybean prices at Brazil’s Paraná state reached a decade low in mid-March at $16.78 per bag of 60 kilos, according to Cepea/Esalq, an agriculture research center at the University of São Paulo.

But with the U.S. soybean harvest season around the corner, Chinese buyers are shifting from Brazilian soybeans to U.S. imports. China has booked about 10 million tons of U.S. soybeans for shipment in the 2020-2021 marketing year starting Sept. 1, more than its first six months of soybean imports from the U.S. combined, according to data from USDA.

“U.S. sales of soybeans for the upcoming crop are at very high levels for this time of year, which is encouraging,” Meyer at S&P Global Platts said. “How long China continues to buy U.S. soybeans before switching back to Brazilian supplies depends more on the quality of the soybeans harvested this year than any sort of trade agreement.”

China has also booked about 5.7 million tons of corn for the next marketing year, the USDA’s data showed. If the full volume is shipped, this will mark the largest U.S. corn volume that China imports in a marketing year.

“Pig numbers are going to be up sharply by quarter four 2020, and that’s going to require a lot of [corn] feed demand,” Reilly at Futures International said. He expected China to import over 10 million tons of corn in 2020, which means China will nearly double its corn purchase pace in the second half of the year.

The USDA said in a monthly report on Wednesday that the U.S. will have its largest corn harvest this year, pegged at a record 15.3 billion bushels this fall. On the other side of the Pacific, heavy rains and severe flooding in southern China have slowed corn growth and delayed the harvest.