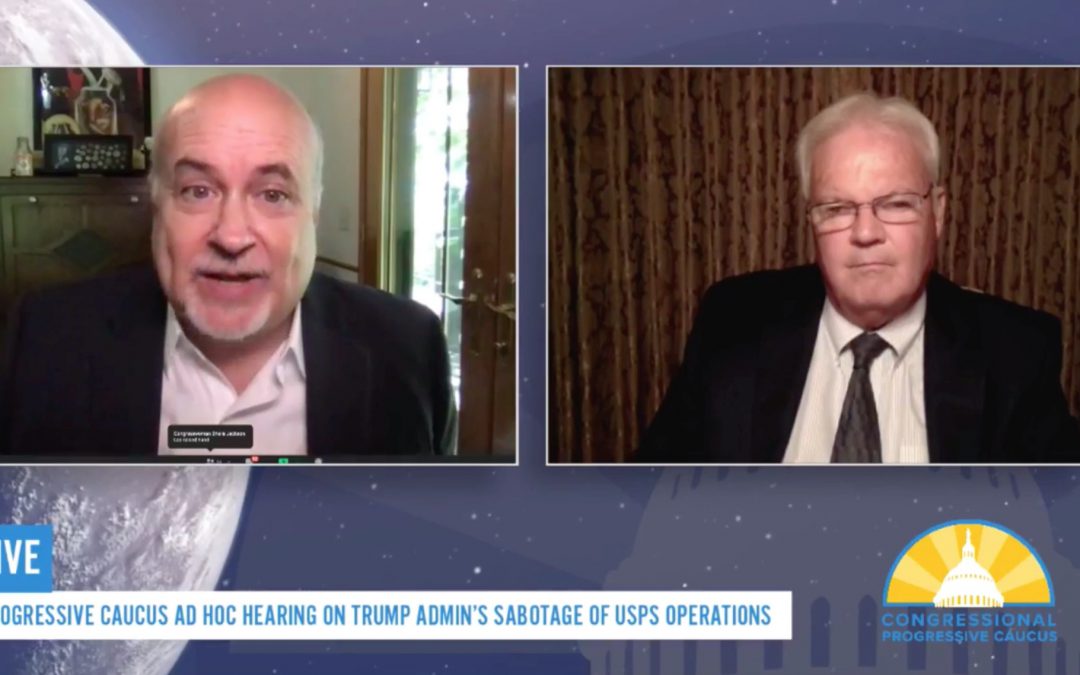 The Congressional Progressive Caucus on Thursday launched its investigation into White House efforts to “sabotage” the United States Postal Service to make mail-in voting more difficult in the presidential election.

At a hearing, Caucus co-chair Rep. Mark Pocan, D-Wis., said the Trump administration, with the help of Postmaster General Louis DeJoy, has caused delays in USPS’s operations by cutting funding and removing mail processing equipment and collection boxes — all with the intention of eliminating or severely curtailing voting by mail systems.

David Williams, former vice chair of USPS’s board of governors, told the lawmakers that he recently resigned because “it became clear that the administration was politicizing the postal service.”

“The president was also scoffing at the postal service, calling it a joke,” Williams said. “A large number of our employees were dying daily as they struggled to reform our mission during a deadly pandemic.”

The hearing followed an intense week for USPS. On Sunday, House Speaker Nancy Pelosi announced she was calling the House of Representatives back to Washington to respond to the conflict. Two days later, DeJoy said he would pause his cost-cutting campaign within the USPS until after the election. The House is expected to propose a plan on Saturday to block the administration’s efforts to overhaul the Postal Service.

“They want three and a half-billion dollars for something that’ll turn out to be fraudulent, that’s election money, basically,” Trump said in a recent interview with Fox News. “They want $3.5 billion for the mail-in votes. Universal mail-in ballots. They want $25 billion for the Post Office. Now they need that money in order to make the Post Office work so it can take all of these millions and millions of ballots.”

Caucus Co-chair Rep. Pramila Jayapal, D-Wa., said the administration’s attacks on the USPS not only could jeopardize the November election, but are hurting Americans already vulnerable during the pandemic.

“These attacks on the Postal Service are an attack on so many fronts, on seniors and others who depend on the postal service for essential medicines, low-income people and retirees who get checks in the mail on small businesses depending on mail,” Jayapal said. “COVID-19 requires that we stay home, particularly the most vulnerable, and that means that the Postal Service is even more important than ever before.”

Rosemary Enobakhare, campaign director for Health Care Voter, said her health has been affected by DeJoy’s reorganization of USPS and that her neighborhood outside of Washington has already experienced mail delays.

“I shouldn’t have to testify about my personal health before Congress to survive,” Enobakhare said. “As a Black woman in America, living with a pre-existing condition, I’m aware of the heightened risk I face, especially now as the rampant COVID-19 pandemic continues to kill Black people at an alarming rate.”