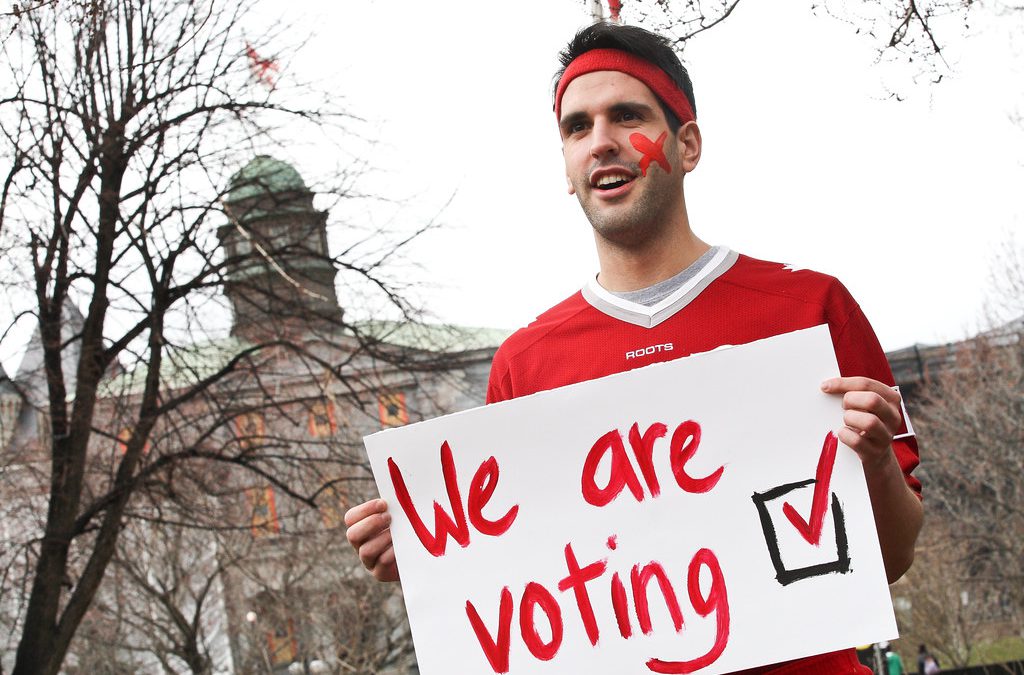 Young adults have been known as unreliable voters, yet over the last four years this key voting bloc has set historic highs in voter participation, at times even out-voting older generations. But the coronavirus pandemic could severely damage young adults’ voting momentum going into November’s general election.

Younger voters outvoted older generations in the 2018 midterm elections by 2 million votes, the same margin as the 2016 presidential election, according to Pew Research Center. As many of the young people become more politically engaged, they carry serious power in changing the traditional U.S. electorate.

Despite being motivated to vote, many young people lack the knowledge of the voting process in order to participate in elections, according to a number of experts and surveys.

Hira Khan, Michigan State coordinator for the Campus Vote Project, a nonpartisan group that works to increase student voting on universities, said many of the programs normally held, such as campus voter registration and voting information tables, won’t be happening this year.

The group’s efforts will move online, with Facebook Live sessions and other social media to remind students about procedures for absentee voting, voter registration and other election issues.

Though online outreach intuitively seems ideal for young people, Khan sees drawbacks to not having in-person interactions to interpret information provided by local governments, which can often be filled with election jargon that’s confusing to new voters.

“The problem is, many of the pieces of information on voting and voter engagement are on the Secretary of State’s website and it’s not focused toward students. So the terms used, students may be unfamiliar with, like absentee ballots and absentee voting. This might be the first time some of them are hearing of that kind of stuff,” said Khan.

Not understanding the election procedure jargon is especially problematic for young people because they tend to move frequently, whether to attend college or start a new job. They need to know the rules of absentee voting or how to register to vote in a new area that they may not already be familiar with.

Kristian Lundberg, associate researcher at The Center for Information and Research on Civic Learning & Engagement (CIRCLE) at Tufts University, also pointed out that young people are frequently ignored by political campaigns. Campaigns tend to focus on historically reliable voters, such as older voters who are perceived to hold more power within the electorate.

Many new voters who have only voted in a handful of recent elections, don’t have an established voting record, making political campaigns less interested in targeting them. Lundberg said campaigns should continuously reach out to young people, providing accessible information about candidates and the voting process, to get them to the polls.

“We found that contact is really important, young people who are contacted multiple times, or at least once, by politicians, by campaigns, by parties and so on, are way more likely to vote,” said Lundberg.

In an analysis of political outreach on social media conducted by CIRCLE around the 2018 midterms, only 28 percent of youth ages 18-24 had heard or read about the election on social media but were not contacted by political parties or campaigns.

Social media companies are picking up on this trend, with Facebook announcing in June the launch of an information campaign called Voting Information Center, available on Facebook, Instagram and Messenger. The campaign gives users tools and information about how to register to vote, where to register, whether their state has expanded vote-by-mail options and if a ballot deadline is approaching.

Young people have the opportunity to be a majority again in November’s election, but they are more likely to engage if candidates talk to them directly and in person, said Khan of CVP. She recommended campaigns host debates on campus and invite students to attend so they can ask about the issues they care about, such as the Black Lives Matter Movement, Deferred Action for Childhood Arrivals and the student debt crisis.

“Oftentimes these guys [politicians] are not catering towards students, so because of that students have a hard time thinking about, what will this candidate do for me, and if I vote for them, how does my vote influence policy in America in the future,” said Khan.