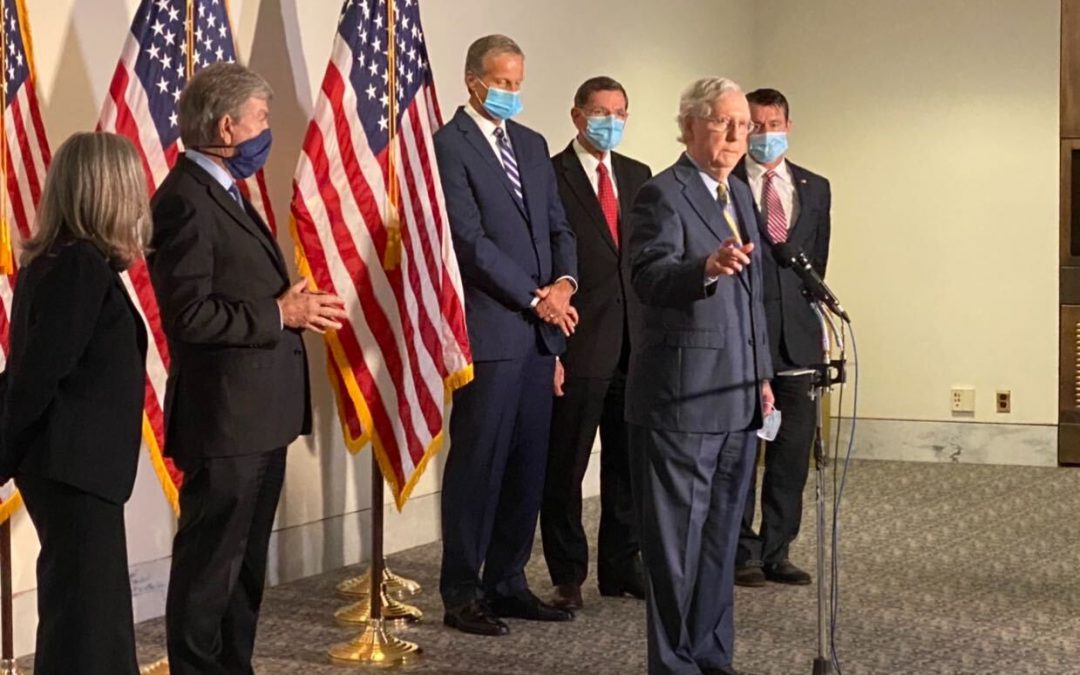 WASHINGTON – Senate Majority Leader Mitch McConnell said Tuesday that President Donald Trump’s pick for a Supreme Court judicial nominee to replace Justice Ruth Bader Ginsburg will be “an extremely qualified woman,” but did not discuss specific candidates for the role.

At a news conference, McConnell said he believes the Senate has an obligation under the Constitution to fill the vacancy rather than wait until after the Nov. 3 election to ensure the winner chooses the nominee.

Ginsburg died Friday; President Trump tweeted Tuesday that he will announce his nominee on Saturday.

Earlier Tuesday, Sen. Mitt Romney, R-Utah, said he supports McConnell’s decision to move forward on a confirmation vote. There had been speculation that he might join Republican Sens. Lisa Murkowski of Alaska and Susan Collins of Maine in opposing a preelection vote.

“We move forward with the nomination by President Trump, who is going to be a woman, who will equally be a role model for the whole next generation within the profession,” said Sen. John Barrasso, R-Wyo.

Ginsburg will lie in repose on the steps of the supreme court Wednesday and Thursday. She will lie in state in the Capitol on Friday.