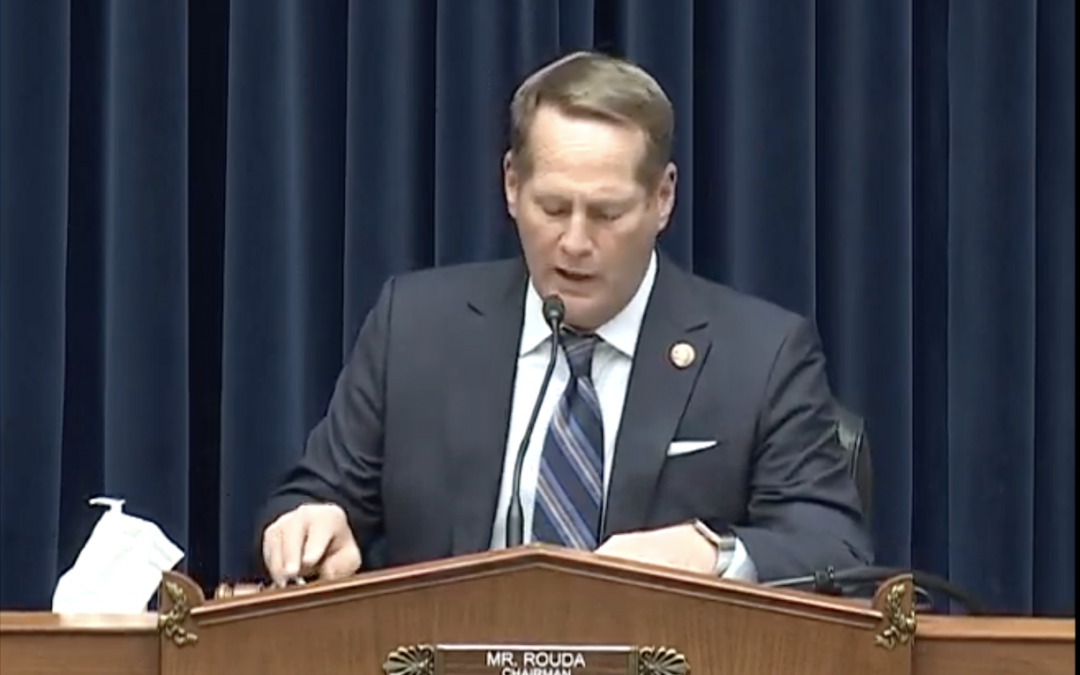 WASHINGTON — With wildfires devastating the Western United States and an abnormally active hurricane season battering the Gulf, experts at a House environmental subcommittee hearing on Thursday ripped the Trump administration for failing to act on climate change.

“In the past four years, the United States has abdicated its global position on climate change,” said Robert C. Orr, dean of the University of Maryland School of Public Policy. “…. The United States can and must move itself from missing in action to leading in action.”

Witnesses at the House Committee on Oversight and Reform’s Subcommittee on Environment hearing argued that the unusual number and extremity of natural disasters in the United States over recent months can be attributed at least in part to climate change and that natural disasters may become even worse in the future if dramatic action to cut global greenhouse emissions is not taken.

Reed Schuler, a senior policy adviser to Washington Gov. Jay Inslee, said that he has been scared to let his children go outside in recent weeks due to smoke from wildfires in the area. He called on President Donald Trump to address the climate crisis to mitigate the already terrible public health impacts that the wildfires have had on Washington communities.

Much of the hearing focused on different clean energy solutions, such as implementing renewable energy incentives for companies and energy efficiency regulations in American buildings, that could quickly decrease domestic greenhouse gas emissions.

Some witnesses also emphasized that equity and environmental justice concerns should be included in climate change solutions.

“Front-line communities are the ones being disproportionally harmed by climate change… we’re not going to solve these crises unless we center equity and justice in our solutions,” said Rachel Cleetus, a climate expert at the Union of Concerned Scientists.

However, not everyone at the hearing agreed that federal action on climate change is needed.

Kevin Dayaratna, a research fellow at the Heartland Institute, remarked several times that the Green New Deal and initiatives to adopt renewable energy would cause irreversible damage to the American economy.

Still, most present agreed that the federal government needs to do more to fight climate change.

“Failure on climate change is the path this presidential administration has chosen,” said Orr.