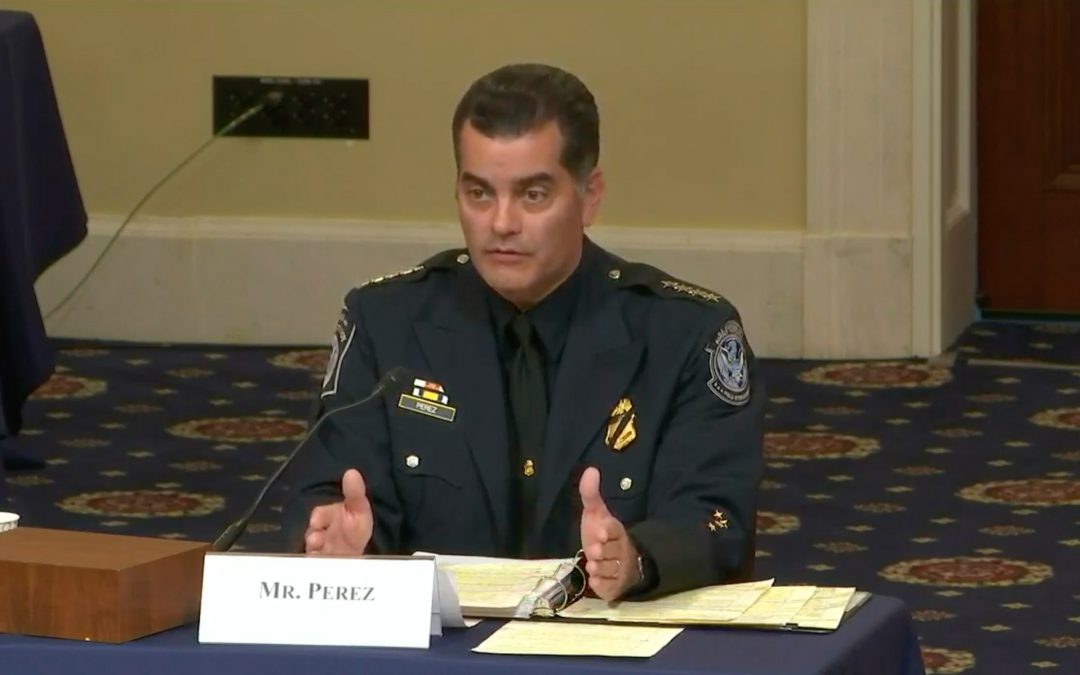 “While the ban was in place for New York state residents – including for residents who already participated in the program and who were pre-screened and deemed trustful – it had a detrimental, chilling effect at our northern border,” Rice said at the hearing. Rep. Bennie Thompson agreed, saying the ban created “unnecessary hardship for hundreds of thousands of American travelers.”

On April 3, New York amended the law, permitting the sharing of motor vehicle information with Customs and Border Protection as necessary for individuals applying to a trusted traveler program. DHS reversed the statewide ban in July.

The Department of Homeland Security falsely claimed that New York was the only state that withheld DMV records from Customs and Border Protection, Rice said. Former CBP Deputy Executive Assistant Commissioner John Wagner testified in an interview with the House Homeland Security Committee that several states did not share driver histories.

“New York law specifically prohibits CBP from going into that DMV database. They need information contained there that they can only get there to vet trusted travelers,” Wolf told the committee in March. “They’ve done that above and beyond any other state, there is no other state that prohibits that information, so that[’s] specifically why we took that action with New York and for that action alone.”

Yet, other states that denied access to the records still participated in trusted traveler programs. Rice questioned whether DMV data was critical to determining the eligibility of trusted traveler applicants.

Customs and Border Protection Deputy Commissioner Robert Perez testified that the agency was unaware when the ban was instituted that other states, including Connecticut, Florida, Illinois, New Jersey, Missouri and Hawaii withheld access to some or all driving records. “When New York residents were declared ineligible for CBP’s TTPs, it was with the understanding that New York State was unique in its decision to stop sharing all state Department of Motor Vehicles information with CBP,” he said. Perez added that “New York’s action prevented CBP and ICE from accessing relevant information needed for many of the agencies’ mission responsibilities, including aspects of an individual’s criminal history that only the state DMV maintains.”

“I guarantee that this committee will continue its efforts to hold this Department accountable for the many arbitrary, unjustifiable and apparently politically motivated decisions it has made under this administration until we find out the truth about these actions,” Thompson said.