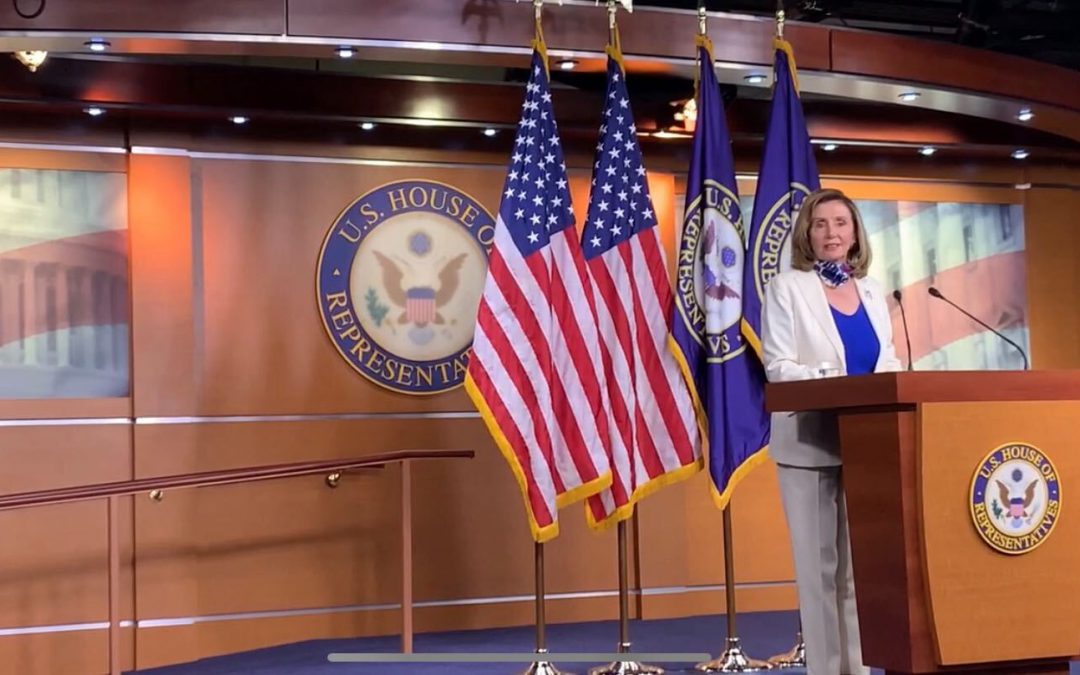 WASHINGTON — House Speaker Nancy Pelosi said Thursday she “hopes” the House can vote on the Democrats’ $2.2 trillion coronavirus stimulus bill, but that there are still sticking points on tax policy and state and local aid in the negotiations with Republicans. The White House has proposed a $1.6 trillion package.

House Democrats on Monday released the revised relief bill, which includes a direct round of payments to American families as well as increased funds for education and federal aid to state and local governments. While Pelosi said that she and the Trump administration are closer on health provisions and funds for small businesses, she noted that there still “needs to be recognition” from Republicans “that it takes money.”

After a 90-minute meeting between Pelosi and Treasury Secretary Steven Mnuchin on Wednesday, the vote was delayed to allow more time for negotiation. However, Pelosi said at a news conference Thursday that the two sides are still “way off” on state and local government funding and a child tax credit.

White House Press Secretary Kayleigh McEnany told reporters on Thursday that the administration gave a counter-offer of $1.6 trillion, but remained pessimistic on the prospects of reaching a deal. “It’s a good offer, but it’s one Nancy Pelosi is not interested in,” McEnany said.

Although Pelosi noted that she remains “optimistic” and wants “something now,” she made clear that Democrats are not willing to concede just to get a deal.

“Some of you have asked ‘Isn’t something better than nothing?’ No,” Pelosi said. “We’re not going to exploit the needs that people have in order to once again increase the national debt to help the high end.”

Pelosi also mentioned that there is a “significant amount of money” in the bill for distribution of a coronavirus vaccine “with quality and ethics in how it is distributed.” Pelosi said in response to a question by Medill News Service that she plans to take the vaccine as long as it is “approved by the regular order.”

“I’m not a big needle taker, they have to talk me into the flu shot under great duress every year, but if it serves as a model to other people, yes I will take it,” Pelosi said.