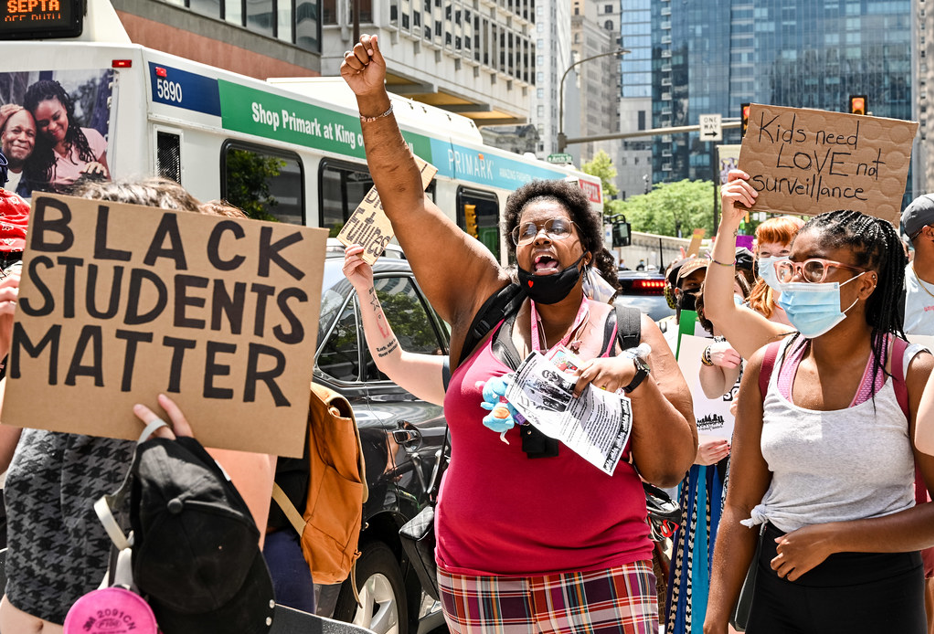 WASHINGTON — Immigration advocates Tuesday accused police in schools of presence in schools of causing undocumented students to leave the classroom, increasing the dropout rate among immigrants.

At a National Immigration Law Center panel on Tuesday, Latino advocate Elsa Bañuelos said that the increased police presence in schools helps Immigrations and Customs Enforcement to expand its surveillance there.

“ICE is pushing them [immigrants] out of schools,” Bañuelos, executive director of Padres & Jóvenes Unidos, said. “If you’re a brown undocumented student, you’re likely to get deported, and we’ve had instances of that before.”

ICE has a “sensitive location” policy that bars its agents from detaining people at places such as schools, hospitals and churches. And some states have more strict laws on where ICE can act. Earlier this year, Colorado lawmakers passed a bill prohibiting ICE agents from making arrests inside of courthouses.

But Advancement Project attorney Jessica Alcantara said ICE has been coordinating with police through information-sharing to target undocumented students in different parts of the country.

“The problem isn’t so much that ICE is going into a school to get a student or their families,” Alcantara said. “We heard of them waiting at bus stops or on the streets. And technically they’re not violating the memo.”

Sumaiya Sabnam, an advocate for Students Deserve, which focuses on implementing the Black Lives Matter agenda in California schools, said Latino immigrants can learn from the struggles of African Americans. While Black students make up only 8% of Los Angeles students, they represent around one-fourth of all school-aged arrests.

“Studies have shown that police have conducted more random searches in schools with more Black and brown students,” she said.