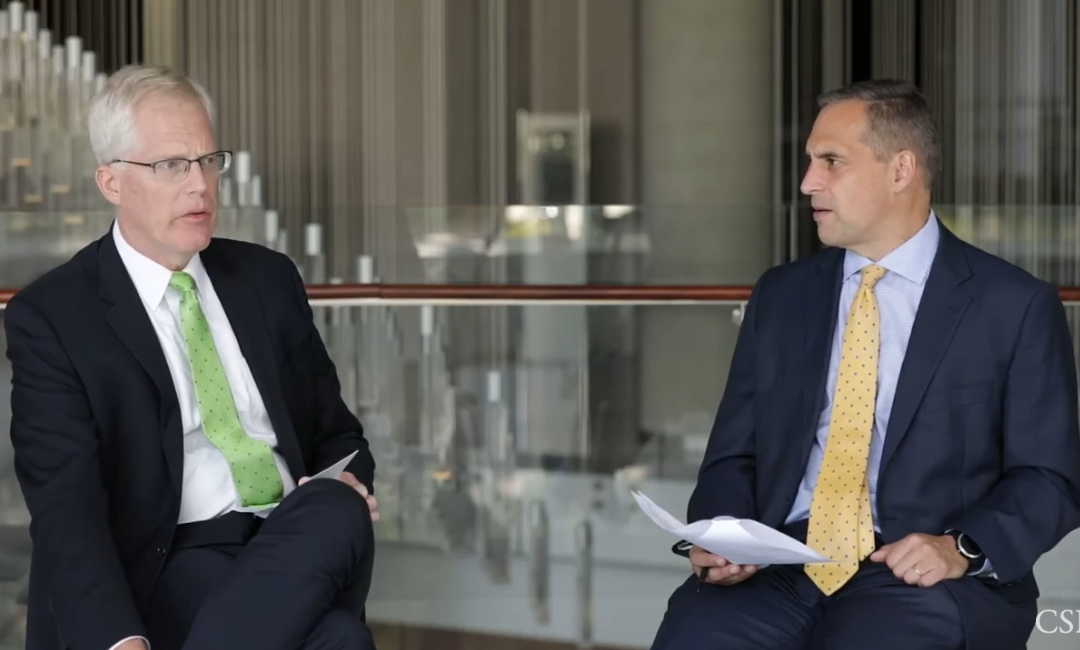 NCTC Director Christopher Miller (left) and Seth Jones (right), Harold Brown Chair and Director of the Transnational Threats Project, seat beside each other during the Center for Strategic and International Studies discussion on Oct. 8

WASHINGTON – Nineteen years after the largest terrorist attack on American soil, the director of the National Counterterrorism Center said Thursday that the U.S. is still at war with al-Qaida.

“I personally have my phone on me 24/7 waiting for the alert that something has happened,” NCTC Director Christopher Miller said. “It took six years (for al-Qaida) to plan 9/11. We could be on year six for the next great thing.”

Speaking at the Center for Strategic and International Studies, Miller said that the country continues to conduct operations against al-Qaida, including against operatives who may be planning attacks on the U.S. and its allies.

The terrorist group “is not in the daily news every day like it was earlier,” said Miller, who served in Afghanistan in 2001 and Iraq in 2003. “I use it as a measure of the effectiveness that we had. It’s no longer the national security priority. This is where we wanted to be in 2001.”

A Brown University study estimated that the U.S. war on terrorism has cost around 500,000 lives among civilians, troops and journalists in places such as Afghanistan, Iraq and Pakistan.

The last deadly Islamist terrorist attack in the U.S. took place in December 2019, when an official of the Saudi Royal Air Force opened fire at the Naval Air Station in Pensacola, Florida, killing three people and himself. As of 2018, however, more people had died in white supremacist terrorist attacks than jihad-motivated ones in the post-9/11 era, a report by the center-left think tank New America has found.

Although the U.S. had already been experiencing a decline in the number of jihadi attacks in recent years, Miller noted that the coronavirus pandemic has further complicated the situation for terrorist groups.

“Covid-19 has caused problems (for terrorists seeking targets) because no one is traveling right now,” Miller said. “That has helped us catch up on some stuff”

The director said that for a generation that was marked by the 9/11 attacks, today’s counterterrorism officials can find it difficult to develop a policy that is completely detached from fear.

“September 11 changed our lives,” Miller said. “It’s very hard for us to say, ‘Hey, let’s look at this logically.’ We are absolutely concerned about their ideology and terrified that they’re going to have another major attack.”