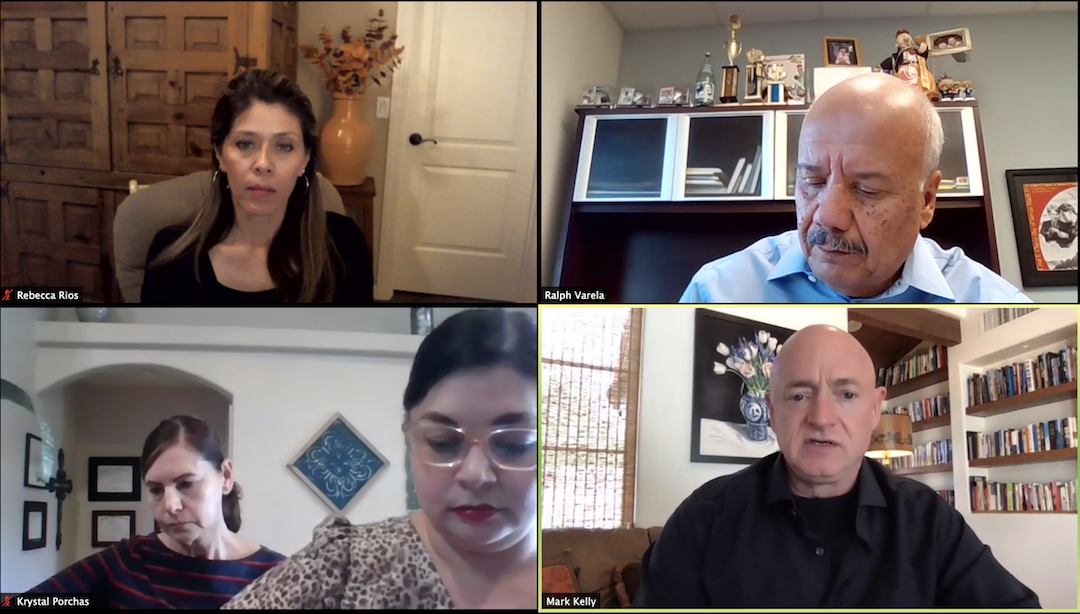 “We’ve got a serious public health crisis and an economic crisis,” said Kelly, who is attempting to unseat GOP incumbent Sen. Martha McSally. “Latino communities in Arizona have been hit particularly hard by this crisis. And Washington has done little to bring relief to the individuals and families who need it most.”

Kelly, a former astronaut and husband of former Arizona Rep. Gabby Giffords, hosted a roundtable of Latino leaders in the state. According to the Arizona Department of Health Services, there are over 200,000 COVID-19 cases statewide and over 5,000 deaths.

Kelly criticized the White House’s response to the virus, saying, “If you go back to February, the federal government knew that this virus was airborne and deadly and refused to share that information and be honest with the American people.”

Arizona State Sen. Rebecca Rios also criticized President Donald Trump, saying his administration has “failed Arizona and it disproportionately impacted Latinos.” She said half of those with COVID-19 at the end of summer were Latino. “The delay in response literally resulted in many loss of lives … at one point, at the end of the summer, all of the cases of active COVID of those 50% were Latino.”

Krystal Porchas, an Arizona resident who lost her father to the virus earlier this year, said she was concerned about the care available to COVID-19 patients as well as the cost of the care, saying the deductibles can be high.