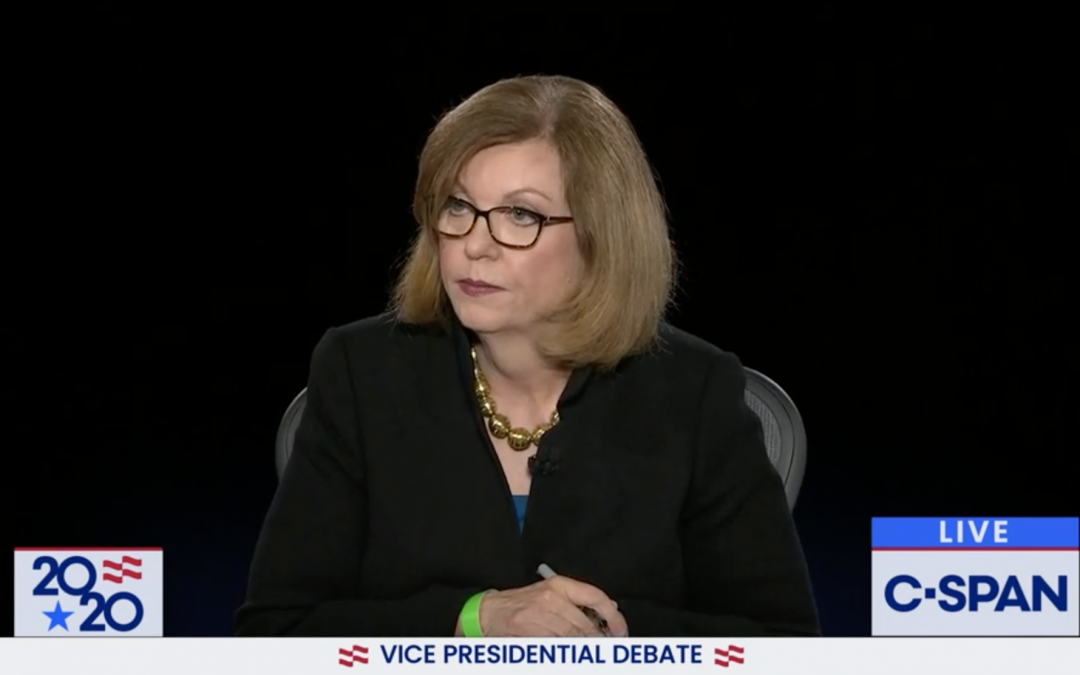 WASHINGTON – The final question at the vice presidential debate came from someone who can’t vote, Utah 8th grader Brecklynn Brown.

It was a surprise to Brown when moderator Susan Page ended the debate with Brown’s question:

This essay contest and an educational program were used to educate Utah students on the debate process. Students were given a 300-word limit to explain what question they would ask the candidates if they had the chance.

Humanities Team Coordinator Robert Austin said the commission and state educators hoped “to get a sense of what’s on the minds of young people these days.”

According to the Utah Debate Commission, the three categories that popped up most frequently in the submissions included the turmoil COVID-19 has created, racial inequality and how leadership can help unify the country. Some of the winners took on more specific topics.

Many of the youngest participants needed help from their parents to transcribe their thoughts, but Utah Debate Commission Executive Director Nena Slighting said, “We wanted to hear from the little voices as well.”

First generation college student and undergraduate winner Liz Moore, who attends the University of Utah, said that people who overcome tough backgrounds are “the exception and not the rule.”

Her question focused on giving people “more equal footing” in the educational world.

One of Slighting’s favorite questions was from a boy who said he wished the candidates would be nice like his dad because that’s what true leadership is to him.

“Kids are much smarter than we are giving them credit for,” Slighting said. “They are listening to adult conversations around the dinner table, in their neighborhoods and at their schools.”