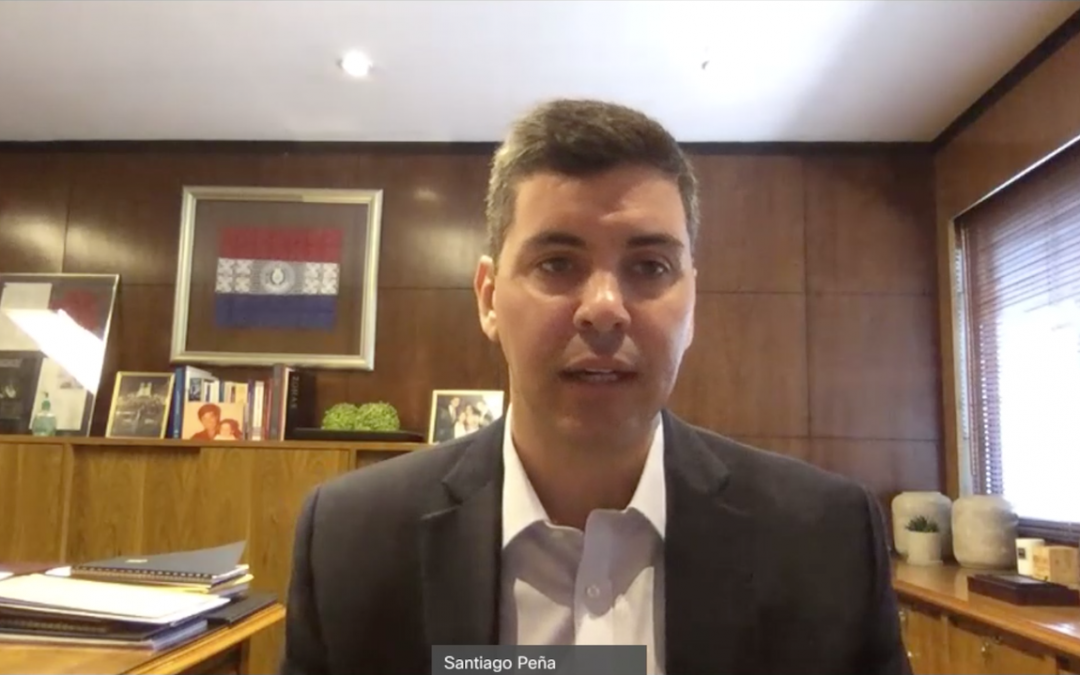 Speaking at an online Wilson Center forum, Peña said Paraguay can learn from Taiwan how to deal with tough neighbors.

“Paraguay is surrounded by tough neighbors, and we are learning from Taiwan on how small countries can survive in a hostile environment,” said Peña.

Paraguay’s larger neighbors Argentina and Brazil are regional powers; Taiwan is only a few hundred miles from China.

Taiwan retains nine diplomatic partners in Latin America and the Caribbean but has lost eight allies to Beijing in recent years, including the Dominican Republic, El Salvador, and Panama, as China attempts to isolate the self-ruled island nation.

Paraguay has repeatedly reaffirmed relations with Taiwan over the past decades. In July, the Paraguayan ambassador to Taiwan said that the country stands against switching diplomatic recognition and cited the Paraguayan president’s public support of Taiwan.

Pena said the push to get Paraguay to drop diplomatic relations with Taiwan came more from the country’s private sector than China. Producers of beef and soy, significant exports of Paraguay, repeatedly called on the government to open direct routes to the Chinese market, raising the prospect of severing ties with Taiwan.

“I did not receive any pressure from mainland China,” Peña added as he talked about his time at the office as the finance minister.

He said that the shared values of democracy between Paraguay and Taiwan fended off China’s campaign to poach Taiwan’s diplomatic allies.

Peña pointed to Beijing’s failure to keep promises once countries drop Taiwan from their diplomatic rolls in favor of China.

“When we see what has happened in the case of Costa Rica and Panama, a lot of promises were not kept,” said Peña. “Economic relations have not changed even after switching sides.”