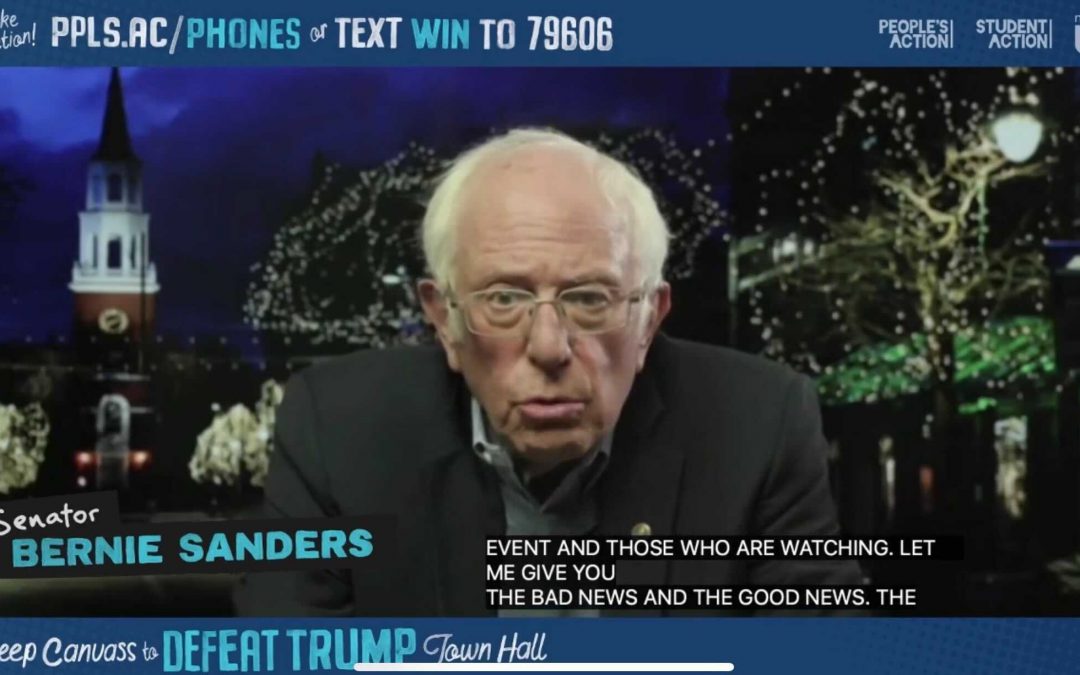 “It is absolutely imperative that … we all do everything we can to bring out the vote and to defeat the most dangerous president in the modern history,” Sanders said at the People’s Action virtual town hall.

A Tufts University study found that 5 million people between the ages for 18 and 29 have already submitted their ballots, with nearly 3 million coming from key states that could decide the presidency. In the latest polls, former Vice President Joe Biden leads Trump.

Ocasio-Cortez and Sanders said that defeating Trump is their top goal this election, but also criticized the Democratic Party as not equipped to meet the demands of progressives.

Ocasio-Cortez has been known to critique “establishment Democrats” in the past, and Sanders is an himself has said he is not a Democrat, instead choosing to run as an Independent.

Ocasio-Cortez said even if “we win the House, we win the Senate, we win the presidency, we’re still not going to get what we’re fighting for.” She said that the Democratic Party is not predisposed to accomplish the goals progressives are working toward, like tackling climate change by passing the Green New Deal or providing every American with universal health care.

The event was filled with activists from across the country, including Illinois State Sen. Robert Peters, a Democrat whose district spans downtown Chicago to the Indiana border.

“We are in the midst of three crises,” Peters said. “A crisis in public health with the pandemic, an economic crisis and a crisis with systemic racism.” All of which, Peters added, have been “mismanaged by Donald Trump.”

But at its core, Tuesday’s event was a call to activists to get out the word to show up on Nov. 3.

Activists from Down Home North Carolina and Pennsylvania Stands Up recounted personal tales of what drives their activism and their voting – like health crises that affect their loved ones.

“We need to connect to find solutions” to these issues, Dom Holmes of Pennsylvania Stands Up said.

Rapper Vic Mensa opened and closed the town hall with musical performances and a final reminder to vote.