U.S. Customs officials struggling to prevent the overflow of counterfeit goods through mail 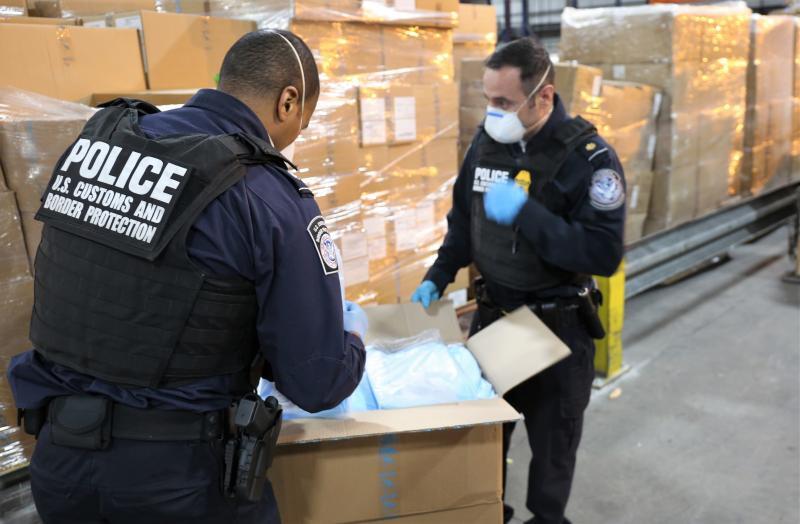 According to CBP, criminal organizations are shipping illegal goods into the United States through small packages due to a perceived lower risk of detection. CBP seized 203,000 counterfeit goods between 2013 and 2019. (Photo: Biju Matthe/cbp.gov)

Counterfeiters sometimes post photos of authentic goods on e-commerce sites, but then fill orders with fakes. They may also set the price of a counterfeit at, or close to, the retail price of a genuine good to deceive consumers.

According to the Government Accountability Office, the rise of e-commerce has contributed to a fundamental change in the market for counterfeit goods. U.S. agencies and international organizations have observed a shift in the sale of counterfeit goods from “underground” or secondary markets, such as flea markets or sidewalk vendors, to primary markets, including ecommerce websites, where consumers typically believe they are purchasing authentic goods.

These counterfeit goods infringe on intellectual property rights and can harm the U.S. economy and threaten consumer safety.

U.S. customs officials reported that the increased volume of small packages as a result of e-commerce is a significant challenge. The Organization for Economic Cooperation and Development, an international organization focusing on world trade, has reported a substantial increase in the volume of small packages shipped internationally from 2010 to 2015.

Similarly, according to U.S. Customs and Border Protection, the total number of imported small packages sent through international mail more than tripled, increasing from about 150 million packages in fiscal 2013 to almost 500 million in fiscal 2019.

In the same time period, CBP also completed about 203,000 IPR seizures, almost 90% of which occurred in the international mail and express carrier environments. In 2018, GAO reported that of 47 items purchased from third-party sellers through e-commerce platforms, 20 were counterfeit, including consumer items such as makeup and electronics.

According to CBP, criminal organizations are shipping illegal goods, including counterfeits, into the United States through small packages due to a perceived lower risk of detection and less severe consequences if a package is stopped.