Americans are divided awaiting election results, some demand officials “Count Every Vote,” while others call to “Stop the Vote” 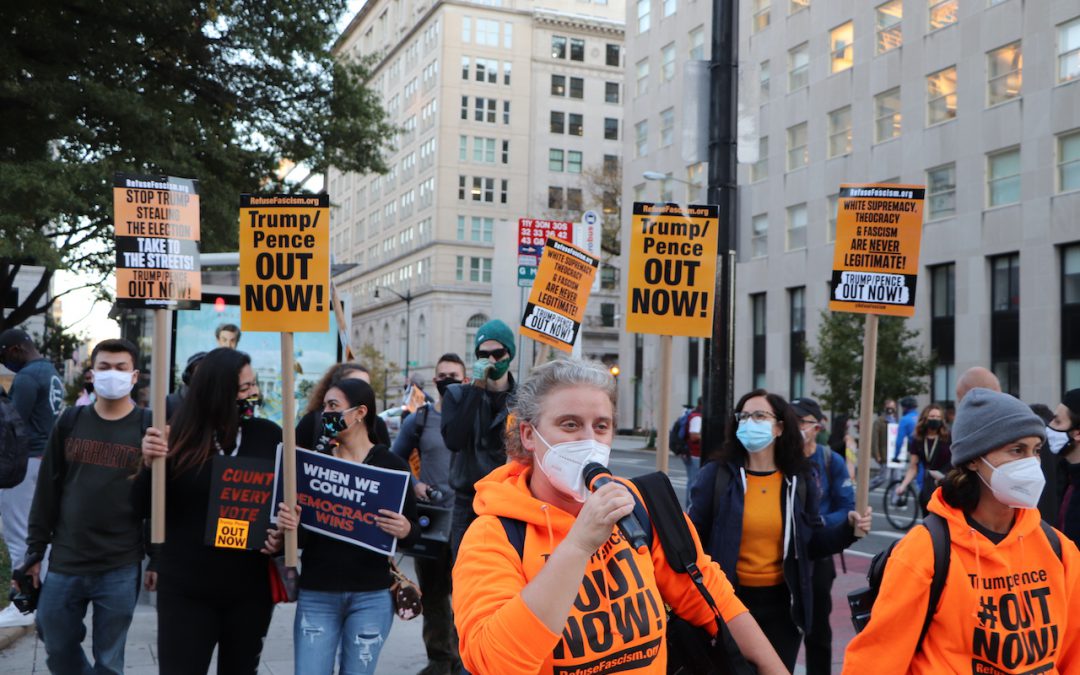 Protesters at the “Count Every Vote” rally in Washington Wednesday. (Madison Muller/MNS)

In cities such as Portland, Chicago, Minneapolis and Manhattan, thousands took to the streets for “Count Every Vote” rallies, while others stormed polling places to “Stop the Vote.”

“Fair elections and a peaceful transition of power are integral to the American system,” said Madeleine Greene, who attended a “Count Every Vote” protest in Chicago. “We are here showing our support for every single vote to be counted, regardless of who that vote is for.”

Cities were prepared for the potential of election-related unrest. Local businesses, especially in major cities across the country, began to board windows ahead of Election Day. Many police departments increased the number of on-duty officers for at least a week following the election.

Confrontations at polling stations in Detroit and Phoenix included armed Trump supporters who demanded poll workers stop counting ballots. Trump declared Wednesday morning that he had won the election, and when Biden began to pull ahead in polls, the president tweeted that people were trying to steal the election. He also mounted lawsuits against Nevada, Pennsylvania, Georgia and Michigan.

Demands from Trump’s base to “Stop the Vote” continued into Thursday, as protesters gathered at the Republican National Committee headquarters in Washington and the Philadelphia Convention Center, among others.

In Chicago, Mayor Lori Lightfoot’s office announced a 10-day preparedness plan ahead of the election. The city raised Wabash Bridge on election night in an effort to quell potential unrest in the downtown-area, a crowd control tactic used during racial justice protests this summer.

But election night was generally tame across the country. And Chicago’s “Count Every Vote” demonstrations Wednesday night were peaceful, making some residents question if safety precautions were overzealous.

On Twitter, one user said, “Nike Chicago is all boarded up because city leaders expected us to riot/loot. One-thousand people just peacefully protested and left without incident.”

In Manhattan, Portland and Minneapolis, demonstrations escalated to confrontations between police and protesters. Echoing much of what Americans saw this summer, nightfall brought heated encounters generally avoided during the day.

Hundreds of protesters in Minneapolis were arrested when they marched on Interstate-94 late Wednesday night. And in Manhattan, protesters were surrounded by police, leading to 26 arrests and 32 summonses.

“We appreciate and value the importance of freedom of speech. Our top priority is and always will be safety,” the New York City Police Department said on Twitter. The agency said that those who were arrested tried to “hijack a peaceful protest.” There was no reported property damage despite boarded windows across the city.

March arrives in Washington Square Park, where they’re greeted by hundreds of cops and a constellation of police helicopters. Two NYU freshmen said the sound of choppers kept them up all night pic.twitter.com/rpyOFoFJwq

Oregon Gov. Kate Brown issued a state of emergency in Portland on Monday, readying the the state’sNational Guard. They were deployed on Wednesday night after downtown businesses’ windows were broken.

According to officials, property damage was done by a small group of protesters whose gathering was consequently declared a riot. Police reported 11 unrest-related arrests.

An emergency declaration allows Brown to bypass Portland Mayor Ted Wheeler in responding to unrest in Portland. The Portland Police Bureau would normally respond to protest activity. With a state of emergency enacted, protest response is instead co-managed by Oregon State Police and Multnomah County Sheriff’s Office. 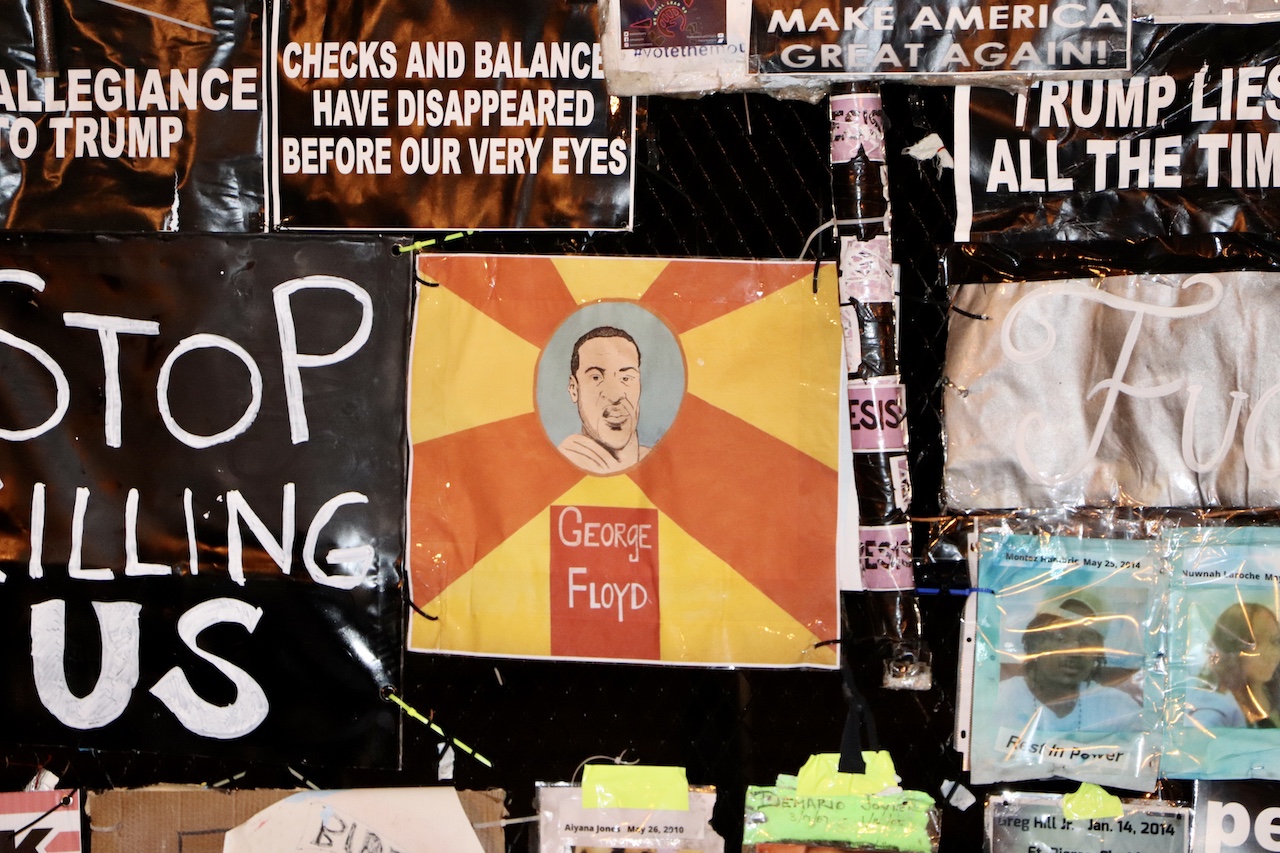 In cities such as Portland and Washington, the 2020 election comes during a time of already heightened tension and dissension. Protesters demanding racial justice and police accountability have been holding weekly, sometimes nightly, marches for more than 150 days. To them, the election is just another day in the fight.

“Regardless of who is in office, Black, brown and Indigenous (people) are dying in the hands of the police and ICE,” one organization wrote on Instagram.

As patience wanes while Americans wait for ballots to be counted, cities brace for reaction when a winner is announced.