McCabe denies any wrongdoing during hearing on Crossfire Hurricane 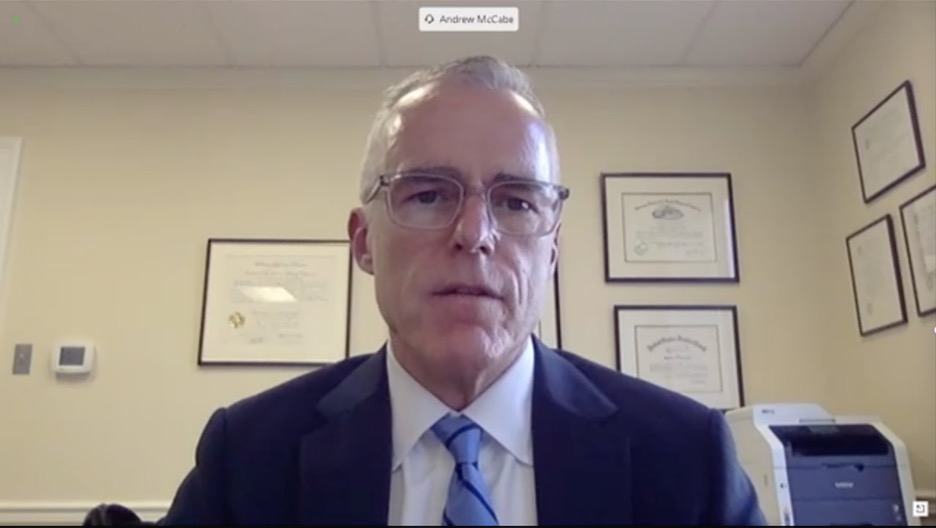 WASHINGTON — The Committee on the Judiciary held its fourth day of an oversight hearing on Crossfire Hurricane, the F.B.I. investigation into President Trump’s campaign and its ties to Russia on Nov. 10.

“We’re looking at maybe the biggest scandal in the history of the FBI,” said Senator Josh Hawley, R-Mo..

Chairman Lindsey Graham, R-Sc., opened the hearing by stressing that the investigation process should not be politicized and that both Democratic and Republican campaigns deserve equal scrutiny.

“This won’t be the last time foreign governments try to interfere in our election,” Chairman Graham said. “You’ve got to make sure that those involved in investigating campaigns have an even hand about it and that whatever biases they have don’t seep into the system.”

In his opening statement, Andrew McCabe, Former Deputy Director of the FBI, said that the F.B.I. investigation into Trump was not political, but an “obligation” and “duty.”

When asked by Graham, “If you knew then what you know now, would you have signed the warrant application in June of 2017 against Carter Page?” McCabe said, “No, sir.”

“I am certainly responsible as a person in a leadership position with oversight over these matters. I accept that responsibility fully,” McCabe said. “I signed a package that had numerous factual errors or failed to include information that should have been brought to the court.”

“My colleagues and I never took any action to undermine our oath to this Constitution and the American people and the work that we did for the F.B.I.,” McCabe said. “I deeply regret how politicized the F.B.I. has become in light of the rhetoric and the relentless attacks levied upon it during the last four years. I have great faith that my former colleagues will continue to do their work and ignore those sort of baseless attacks.”

Just four minutes after the hearing’s scheduled start, President Trump criticized McCabe, saying in a tweet, in part, “Republicans, don’t let Andrew McCabe continue to get away with totally criminal activity. What he did should never be allowed to happen to our Country again.

Republicans, don’t let Andrew McCabe continue to get away with totally criminal activity. What he did should never be allowed to happen to our Country again. FIGHT FOR JUSTICE!

Sen. Marsha Blackburn, R-Tenn., echoed Trump, saying in a tweet, in part “Andrew McCabe and James Comey led a coup to take down President Trump.” Her questions during the hearing followed suit.

Sen. Marsha Blackburn, R-Tenn. alleged that the F.B.I. has a culture of corruption, even suggesting that McCabe ought to be prosecuted.

“Why shouldn’t you be prosecuted for your actions?” Sen. Blackburn asked McCabe. “Is this culture standard operating procedure at the FBI?…You didn’t want to answer Senator Cruz’s questions about corruption, and I can understand why.”

McCabe insisted thoughout the hearing that he did no wrongdoing and questioned the legitimacy of his termination.

After Sen. John Kennedy, R-La., prodded McCabe, saying, “You were fired for lying, were you not?” McCabe defended his actions.

“I was fired as the result of a deeply unfair and flawed IG investigation, and I’m challenging that termination in federal court,” McCabe said.