MPD takes to Twitter to condemn a criminal justice reform bill up for review on Monday in D.C. Council 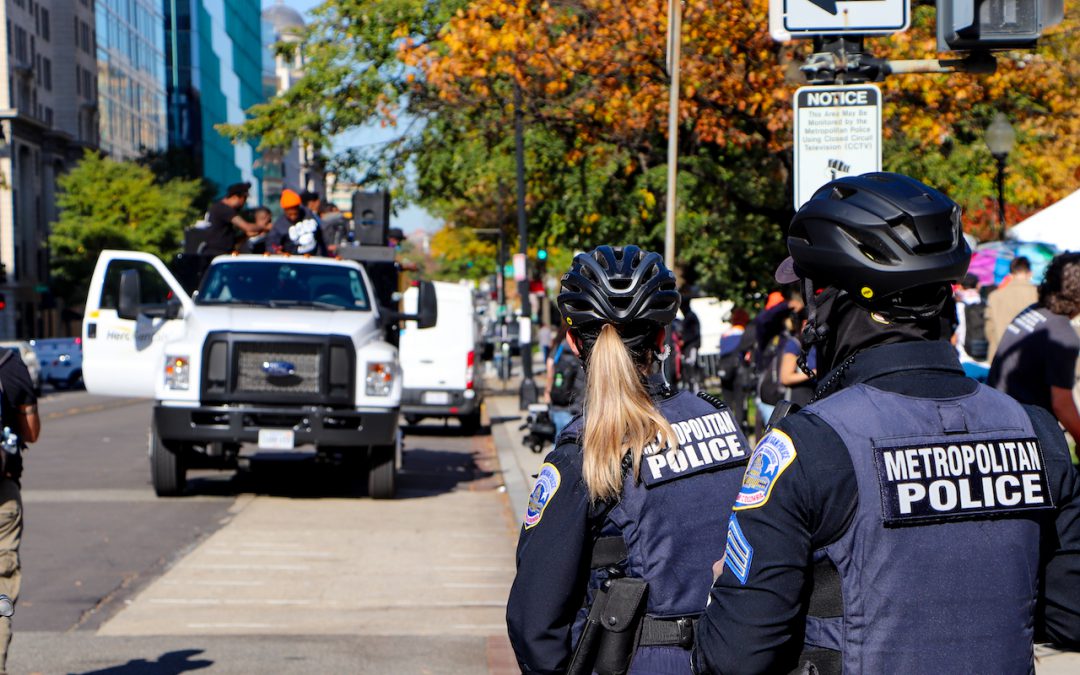 On Wednesday afternoon the D.C. Metropolitan Police Department took to Twitter to oppose the Second Look Amendment Act. The legislation, which is scheduled for markup in D.C. Council on Monday, would offer some individuals who were given extreme sentences as youth a chance at a reduced sentence or early release.

In its tweet opposing the legislation, the police department included data citing an increase in gun-related crime since 2017.

“D.C. Councilmember (Charles) Allen is pushing for legislation that will provide for the early release of hundreds of violent gun offenders,” the Tweet said. “This impact on victims and our community can’t be overlooked.” The tweet mistakenly called the bill the “Second Chance Act.”

MPD declined to give any further comment at this time.

According to MPD’s Social Media Access and Use Policy, “any activity with religious or political purposes outside the scope of the user’s assigned and authorized governmental duties” is prohibited.

The D.C. Police Union has launched harsh criticism of Allen – who chairs the Committee on the Judiciary and Public Safety – via Twitter, as he’s pushed for progressive police reform and accountability from the department. The already fraught relationship was exacerbated by this summer’s racial justice protests.

Just this week, Allen oversaw the passing of emergency legislation to restrict MPD’s overtime budget. The bill was an emergency response to Mayor Muriel Bowser’s reallocation of $43 million of the city’s budget to cover the cost of overtime pay racked up during this summer’s First Amendment demonstrations.

“Despite the tension, this is really outside of the norm and a marked departure from what we have seen,” James Zeigler, a criminal defense attorney in Washington and founder of the Second Look Project, said. “MPD used their official Twitter account to publicly attack a sitting councilmember and lobby against legislation that is up for review.”

The police union retweeted MPD’s statement adding, “seems like people are starting to realize that Charles Allen and his small-minded policies have resulted in more murders and more crime.”

But according to Zeigler, last year’s extensive debate around the bill concluded with widespread public support of it. It also garnered support from Mayor Muriel Bowser’s office and the majority of D.C. Councilmembers.

Most of the bill’s opposition comes from federal prosecutors, who warned that it “eliminates the nature of offense from the judge’s consideration, strips victims of their sense of finality, and upends decades of local and national efforts to ensure truth in sentencing. The proposed legislation ignores how painful this process is for victims and will drastically increase the number of victims who must be re-traumatized by expanding the age of eligible defendants.”

The Second Look Amendment Act would strengthen a 2016 law, the Incarceration Reduction Amendment Act (IRAA), which gives offenders who committed a violent offense prior to their 18th birthday, and who have served 15 years in prison a chance to petition a judge for their sentence to be reduced. If passed, the Second Look Amendment would extend the provisions to anyone who committed an offense before their 25th birthday.

According to a D.C. Council Committee report, advancements in childhood development science showing that planning, working memory and impulse control are amongst “the last areas of the brain to develop and may not be fully developed until the mid-twenties.” The report also notes that the same research has been driving the Supreme Court’s perspective on issues of juvenile sentencing.

“The IRAA has now been law for three years and there has been no evidence that it compromises public safety,” Zeigler said. “These men aren’t getting out and committing crimes, they’re getting out and a lot of times helping to prevent crime by joining violence prevention groups.”

Criminal justice has also been a topic of national discourse in this year’s presidential election. President-elect Joe Biden came under fire from progressives– and Donald Trump– who criticized his involvement in the 1994 crime bill as supporting expansion of mass incarceration.

Biden has promised to address criminal justice within his first 100 days by increasing police reform and enacting comprehensive criminal justice reform. Amidst a national movement against police brutality after George Floyd’s murder in May, Biden said he will institute a national police oversight commission, and a $300 million investment into community policing measures.

His plan to tackle criminal justice reform starts with pushing Congress to pass the SAFE Justice Act, which aims to reduce recidivism, curtail over-criminalization and focus prison space on “violent and career criminals.

“We have this population of kids that we as a society failed. They were exposed to terrible odds and terrible environments: trauma, toxicity, depravation, poverty. And then when they did terrible things – and this is not to excuse their crimes – we threw them away and we gave up on them,” Zeigler said. “This legislation may be designed to ‘give a second chance,’ but we’re really giving them a first chance.”